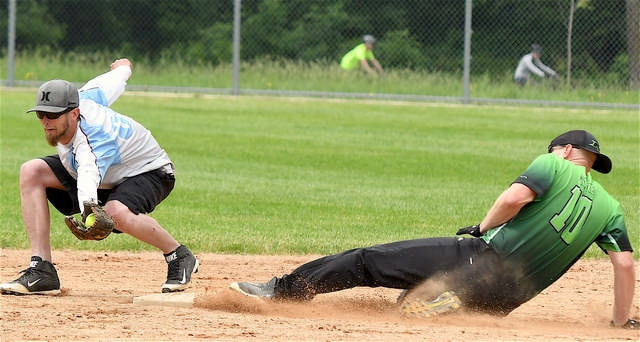 The Twin Cities Goodtime Softball League was formed in 1980. Photo courtesy of TCGSL

Quite a lot goes down at The Saloon. Whether you’re there for the dancing, the drinks, or to meet tonight’s special someone, The Saloon never disappoints. Which is why it comes as no surprise that The Saloon is the home of the founding of the Twin Cities’ very first openly gay softball team in 1979.

The team was associated with the Minnesota Gay Athletic Association (MGAA), which had already established the “Goodtime” bowling league and was sponsored by The Saloon. That summer, the softball team played several charity games, including a game against the Minneapolis Police Department Team at Parade Stadium. An estimated 400 fans overflowed the bleachers and stretched down the third baseline to support The Saloon team, and behind the team’s bench were eight male cheerleaders with green and white pompoms. Another 100 fans sat in the first baseline bleachers in support of the Blue Team. To the surprise of most, The Saloon team came out as victorious winners of the game.

News of the game led the evening news on local TV stations, and on the following day, the Minneapolis Tribune on page one of the metro section featured the headline “Gay Team Defeats Police 12-7 in Charity Softball Game.” Later that summer, the team was invited to the third Gay Softball World Series (GSWS) held in Milwaukee. The Saloon team placed second, losing to a Los Angeles team in the championship game 13-12. 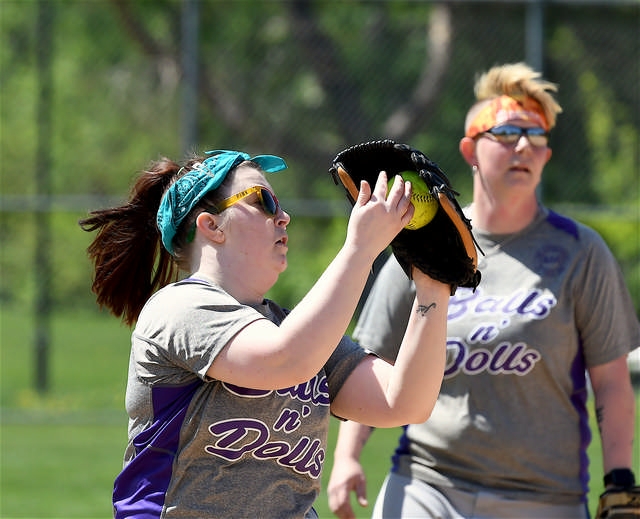 The TCGSL is open to people of all sexual orientations, gender identities, and skill levels. Photo courtesy of TCGSL

In January 1980, the Twin Cities Goodtime Softball League (TCGSL) was established. The league adopted the name “goodtime” partly because of having a good time aligned with the league’s mission statement, but also because in those days, it wasn’t always safe to identify as gay, says Greg Fedio, TCGSL league commissioner.

“The TCGSL is all inclusive. We accept players of all sexual orientations, gender identities, and skill levels. Everyone is welcome to play in our league! A new recruit sign-up list can be found on our website and is active until opening day,” Fedio says.

In March 1980, the fledgling league was accepted as the seventh member of the North American Gay Amateur Alliance (NAGAAA), the organization responsible for hosting the GSWS. TCGSL quickly established itself as an instrumental part of NAGAAA, contributing significantly to NAGAAA administration and competitions. Fedio says they are currently the third largest league in NAGAAA with close to 600 athletes and 34 teams.

The TCGSL season begins on Sunday, April 28, and they play on Sundays throughout the summer. The majority of games are played at Taft Fields in Richfield, Minnesota.
Fedio says the TCGSL is committed to giving back to the community through various local charitable endeavors. 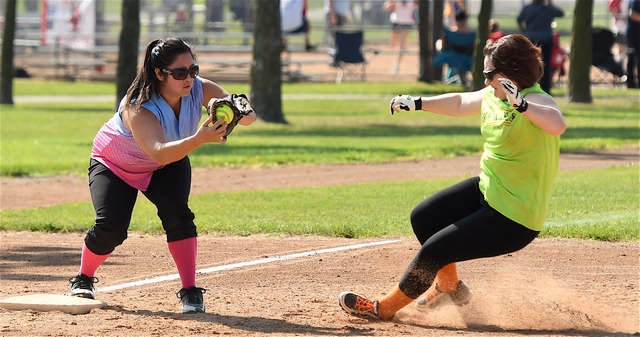 “First and foremost is the league’s ‘Sunshine Fund,’ which was established to provide support to league members that are experiencing a hardship that may impact themselves, their family members, or their significant others,” Fedio says. “Often times, this may be the gesture of sending flowers when a loved one passes. Other times, this includes providing greater support to players that have been impacted by severe illness like cancer.”
The league has also consistently budgeted a yearly contribution to the Minnesota AIDS Project. In the past, the league has worked with Clare Housing and The Naming Project.
“The biggest fundraisers we operate are the TCGSL opening party and the Miss TCGSL drag competition. The kickoff party this year is from 6 to 9 p.m. on Saturday, April 27 at the EagleBOLTbar. Miss TCGSL will be on Saturday, July 20 at a location to be announced at a later date,” he says.
Through its many fundraisers and events, the TCGSL gives back to the community in ways that surely were not anticipated that day at The Saloon back in 1979.
“I don’t think the significance of the TCGSL in our community can be overlooked. For 40 years, the league has provided a safe space for LGBTQ and allied athletes to be part of the community in a fun and nonjudgemental way,” he says. “I hear people refer to the league as their family on a regular basis.”
For more information, visit www.tcgsl.org.