The Twin Cities is host to a rich arts scene, and GLBT music is part of that, meaning Twin Cities queer music fans have a lot to look forward to this summer. Whether you’re looking to take in the sounds of one of the area’s GLBT music groups or you’re in the mood for a concert put on by some of the community’s superstars (including vocal allies!), this might just be the summer line-up you’ve been waiting for.

QMC Pride Kick-Off Concert
Queer Music Consortium
June 5
Como Park Pavilion
Join all the members of the Queer Music Consortium (QMC) for the annual concert! Featuring One Voice Mixed Chorus, Calliope Women’s Chorus, Twin Cities Gay Men’s Chorus, Minnesota Freedom Band, and the Minnesota Philharmonic Orchestra, it’ll be a wonderful outdoor event, perfect for the whole family. Plus, it’s on a Sunday for the first time in 30 years! Of special note, this event is free and open to the public! 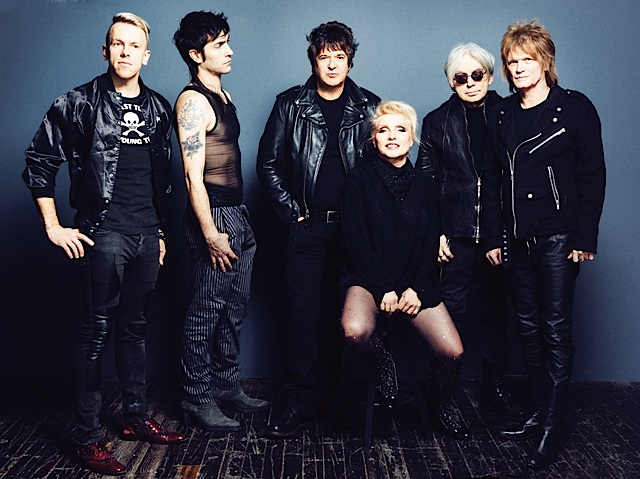 Blondie
June 11
Weesner Family Amphitheater
www.suemclean.com/Zoo
Debbie Harry is a musician, actress, and style icon. Known for her signature peroxide-blonde hair and striking features, the legendary lead singer of Blondie has also appeared in films, television, and even once as a Playboy bunny. She became something of an institution in the New York City scene at places like Studio 54 and CBGB. It’s there that she became closely tied to the gay community. Recently, Harry and the rest of Blondie turned down performing at the Sochi Olympics, but that’s not the first time she’s stood up for the community, as a long-time ally in the fight against AIDS, as well as appearing on Cyndi Lauper’s True Colors tour for the Human Rights Campaign. Celebrate Blondie and their commitment to the community by taking in their sounds during an appearance during the Minnesota Zoo’s Music at the Zoo lineup. 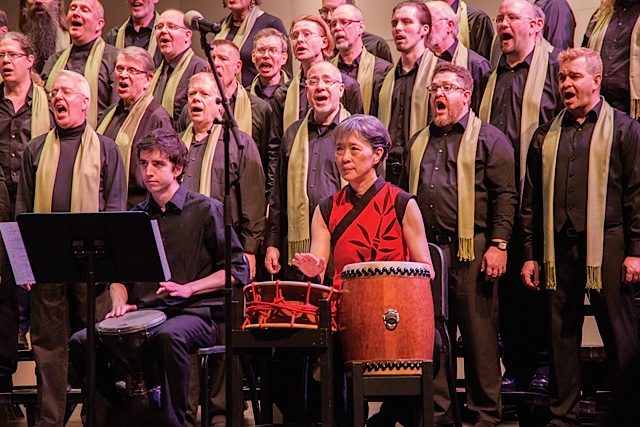 Showtune Showdown
One Voice Mixed Chorus
June 13
The Woman’s Club of Minneapolis
www.onevoicemn.org
One Voice Mixed Chorus has thrown down the gauntlet! They’ll be hosting The Rose Ensemble, The Twin Cities Women’s Choir, and VocalPoint as they sing their hearts out in an epic battle for choral supremacy. Back for its second year, Showtune Showdown is a unique blend of American Idol, Name That Tune, and Glee, with loads of Broadway glitz thrown into the mix. Join host, Erin Schwab, and celebrity judges as they put Minnesota’s finest choirs through their paces to earn the coveted $1,000 grand prize! One Voice Mixed Chorus is the host of this event and the proceeds will help fund their community engagement work, including anti-bullying education in schools, and performances in greater Minnesota.

Two Boys Kissing
Twin Cities Gay Men’s Chorus
June 17–19
Ted Mann Concert Hall
www.tcgmc.org
Act I of this performance is sure to please, but Act II begins with the world premiere of Two Boys Kissing, based on the 2014 Lambda Literary Award-winning young adult novel by New York Times best-selling author David Levithan and composed by Joshua Shank. Based on a true story, Two Boys Kissing follows the story of Harry and Craig, two teenage boys who, in response to a local hate crime, decide to attempt to break the Guinness World Record for the longest kiss. The action is narrated by a Greek chorus of gay men, the previous generation who lost their lives to AIDS who comment with joy and sadness on the action in the story and about how the world has evolved.

Bowties Under the Bandshell
Minnesota Freedom Band
June 20
Lake Harriet Bandshell
www.mnfreedomband.org
The Freedom Band’s annual Pride concert under the Lake Harriet Bandshell is the last concert of the 2015–16 season. Don’t miss the band playing some of their favorite songs from this season, Star Wars, The Little Mermaid, “Imagine,” “Take On Me,” “Rumour Has It/Someone Like You,” “I Will Always Love You,” Dreamgirls, Grease, Jesus Christ Superstar, and more!

Pride Concert
One Voice Mixed Chorus
June 26
St. Mark’s Cathedral
www.onevoicemn.org
After the parade, come join One Voice at St. Mark’s Cathedral right on the edge of Loring Park for their annual Pride Concert. Celebrate the amazing strides the LGBTQ community has made over the past year with the chorus as they lift their voices in solidarity and strength!

Adele
July 5–6
Xcel Energy Center
www.xcelenergycenter.com
The iconic singer who has proudly supported the GLBT community is returning to North America for her first tour in five years. As the kick-off of the North American leg of her tour, Adele is playing the Xcel Energy Center for two nights. In the U.S., Adele’s “25” is the only album to sell over three million copies in one week and the only album to sell over a million albums in two separate weeks — her status as a musician is undeniable. But her status as a vocal ally for the community makes this a can’t-miss performance. Whether celebrating Pride in her hometown or being laissez faire about her son’s sexuality, Adele has stood by the community from the beginning. 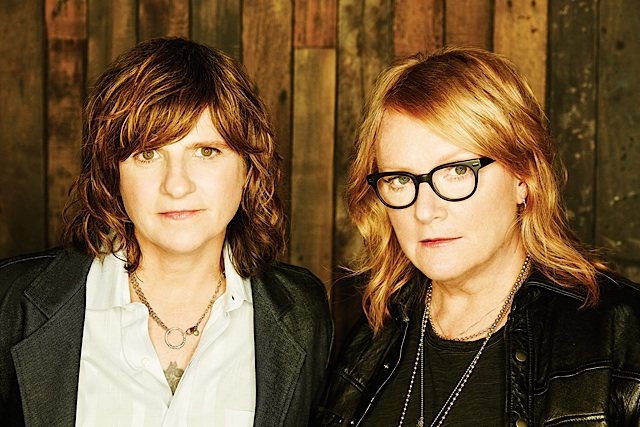 Indigo Girls
July 25
Weesner Family Amphitheater
www.suemclean.com/Zoo
Over time, the Indigo Girls audience has largely reverted to its core of queer fans. They circled the wagons after Amy Ray and Emily Saliers were persistently branded a “lesbian folk duo” in the music press after they came out in 1994. It is rare to find musicians together so long, rarer still with such profound successes. Their music lives in the hearts of generations of dedicated fans and continues to inspire young musicians. 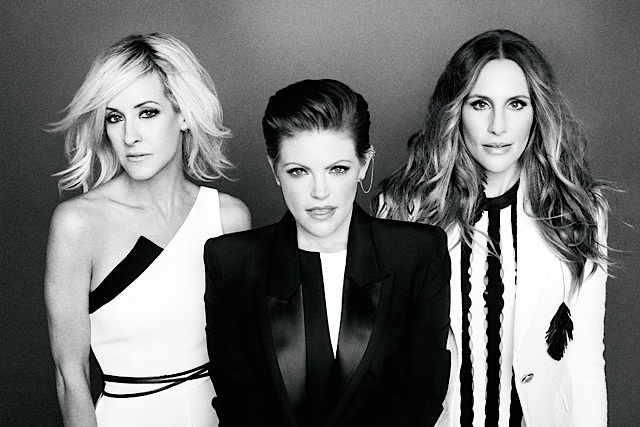 Dixie Chicks
August 27–28
Minnesota State Fair Grandstand
www.mnstatefair.org
Don’t let their southern charm fool you, the Dixie Chicks have made headlines for years because of their stances on things like gay marriage. Originally from Dallas, the group has been a force in the music industry since their 1998 album Wide Open Spaces. That album sold more CDs that year than all other country music groups combined. Comprised of lead singer Natalie Maines and sisters Emily Robison and Martie Maguire, the band boasts 13 Grammy Awards, as well as multiple Country Music Association and Academy of Country Music awards. In the last decade, the group has remained firm in their liberal-leaning identity; they continue to spread messages of freedom and evoking change with their music. In 2006, the Dixie Chicks released the single “Not Ready to Make Nice” ahead of their album Taking the Long Way. Other popular hits include “Travelin’ Soldier” and their cover of Fleetwood Mac’s “Landslide.” 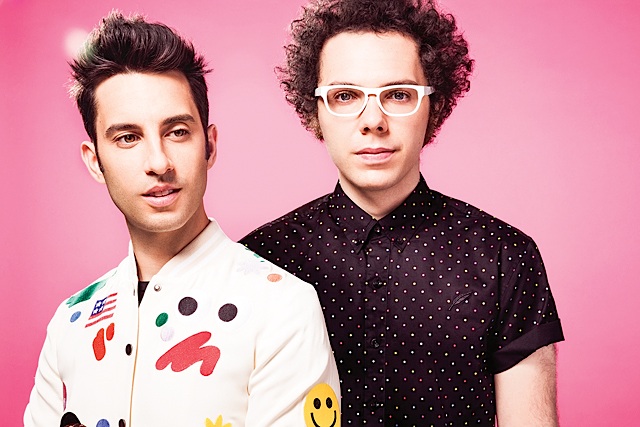 A Great Big World
August 29–30
Leinie Lodge Bandshell
www.mnstatefair.org
When A Great Big World jumped on to the scene, no one could predict just how much the GLBT community would embrace the band, and vice versa. As it turns out, the band is not afraid of singing about gay love, and that’s unusual for a mainstream pop act these days. Aside from the cheeky “Everyone Is Gay,” their 2015 “Hold Each Other” features sets of lyrics sung by Ian Axel, who is straight, and Chad King, who is gay. The lyrics address love from both their perspectives and use the proper pronouns to do so. Hearing a man sing “Something happens when I hold him/He keeps my heart from getting broken” is something you don’t hear too often on Top 40 pop radio these days.

Demi Lovato & Nick Jonas
August 31
Minnesota State Fair Grandstand
www.mnstatefair.org
Canceling their North Carolina tour stops in the wake of HB2 is just the latest in the long history Demi Lovato and Nick Jonas have with the GLBT community. Having embraced their gay fans from the beginning of their careers, both singers have been vocal allies for the community. Whether holding launch parties at gay bars or speaking out on issues relevant to the community, Lovato and Jonas have never shied away from their GLBT fan-base like some other stars. The Future Now Tour marks the sixth headlining tour for Lovato and the third for Jonas, as the two join forces, appearing at the Minnesota State Fair Grandstand.