There is always a blizzard of strong holiday shows in the Twin Cities area. Bear in mind that shows can be a unique gift, especially for those who don’t ordinarily go to see them. So if you want to make sure your gift recipient will have a splendid time, here are some of the best bets. 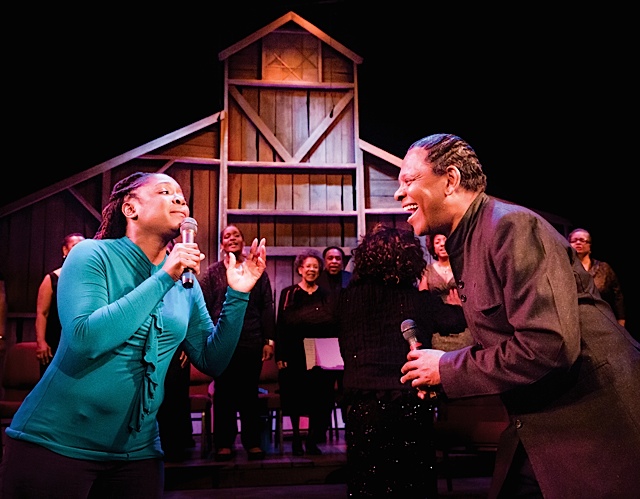 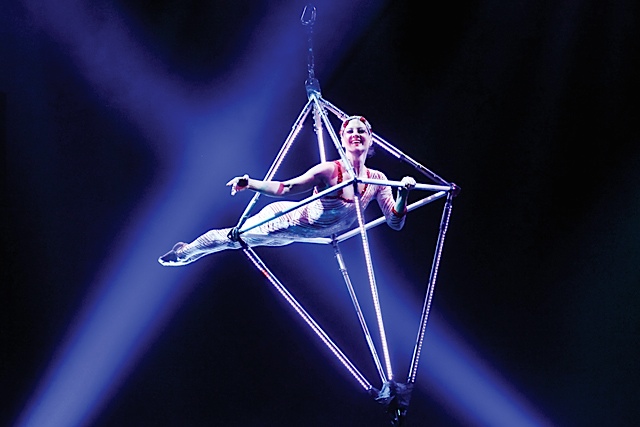 Borealis
An enchantress of the Northern Lights named Borealis and a cast of colorful characters quest for the perfect Christmas gift and uncover a spiritual truth. The hologram system, lasers, and projection mapping used for the show are cutting edge. The international cast of circus arts performers are world class. Conceived and directed by Fernando Quevedo of Q Productions, Las Vegas.
Through Dec. 13
Mystic Lake Casino Hotel Ballroom, 2400 Mystic Lake Blvd. NW, Prior Lake
952-445-9000
www.mysticlake.com

A Christmas Carol
The Big G presents its annual production of Charles Dickens’s iconic work, adapted for stage by Crispin Whittell. Joe Chvala returns to direct the story of miserly Ebenezer Scrooge played by the excellent J.C. Cutler. Chvala always brings forth the cheery vibrancy of the Christmas spirit while keeping the social consciousness of the “haves”‘ vs. the “have nots” theme that permeates this story of a man’s road to redemption.
Through Dec. 27
Guthrie Theater, 818 S. 2nd St., Minneapolis
612 -377-2224
www.guthrietheater.org 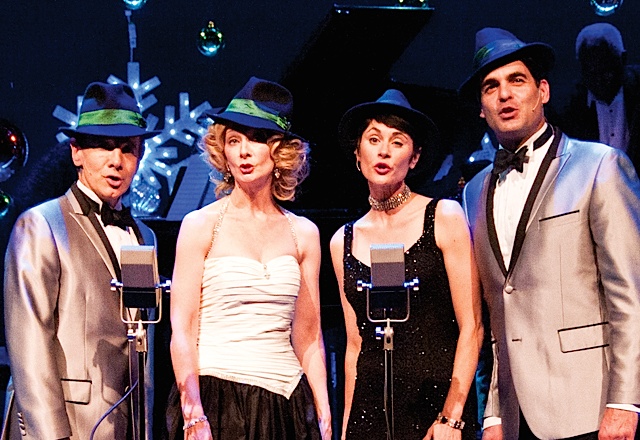 Christmas My Way, A Sinatra Holiday Bash
Old Blue Eyes is still hailed by countless people as the greatest male singer of the past 100 years. Frank Sinatra was a crooner beyond compare, renown for hits like “I’ve Got You Under My Skin” and “I Get a Kick Out of You.” He was also a holiday fixture in households everywhere with his Christmas carol renditions. Four acclaimed singers exude the Sinatra spirit.
Through Jan. 17
Plymouth Playhouse, 2705 Annapolis Ln. N., Plymouth
763-553-1600
www.plymouthplayhouse.com 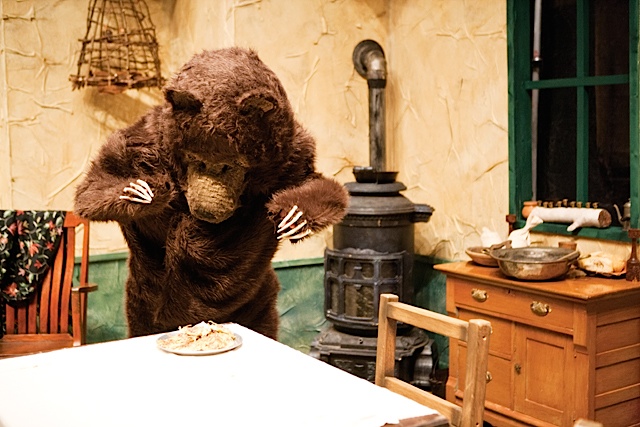 The Chanukah Guest
An exploration of Chanukah traditions for people of all ages. Minnesota Jewish Theatre presents playwright Jenna Zark’s adaptation of Eric A. Kimmel’s book. A grandmother may be losing her vision and hearing but she still makes the best potato latkes in her village. On the first night of Chanukah an unexpected visitor knocks at her door. And then……
Dec. 6–22
HIghland Park Community Center, 1978 Ford Pkwy, St. Paul
651-647-4315
www.mnjewishtheatre.org

Cirque Dreams Holidaze
Broadway director Neil Goldberg’s vision swings into town with 20 acts, 30 performers from 12 countries, and over 300 costumes. Aerial artistry, acrobatics, and feats that defy gravity itself spirit forth a world of snowmen, penguins, reindeer, Christmas decorations, singers, and Santa Claus, not to mention, Charles Dickens and the Ice Queen. Every performer trains for two hours every day before the show.
Dec. 11–12
Orpheum Theatre, 910 Hennepin Ave., Minneapolis
800-982-2787
www.HennepinTheatreTrust.org

A Don’t Hug Me Christmas Carol
Back to Bunyan Bay, somewhere in Greater Minnesota, where rowdy bar owner, Gunner Johnson, tells his wife he is not celebrating Christmas! He goes out on the ice, falls through, and ends up in a coma. Featuring that Fabulous Funny Boy, Doug Anderson, as a Minnesota “Scrooge.” 17 original songs!
Through Jan. 3
New Century Theatre, 615 Hennepin Ave., City Center Street Level, Minneapolis
612-455-9501
www.HennepinTheatreTrust.org

Jacob Marley’s Christmas
The sensational Dane Stauffer will play numerous characters in Bob Mula’s solo play version of Charles Dickens’s classic novella, A Christmas Carol. Various versions of the original book are typically on stages every holiday. But if you want a unique version with an actor with chops then Stauffer’s performance is sure to delight. Directed by Richard Cook.
Dec. 9–20
Park Square Theatre’s Boss Stage, 408 St. Peter St., St. Paul
651-291-7005
www.parksquaretheatre.com 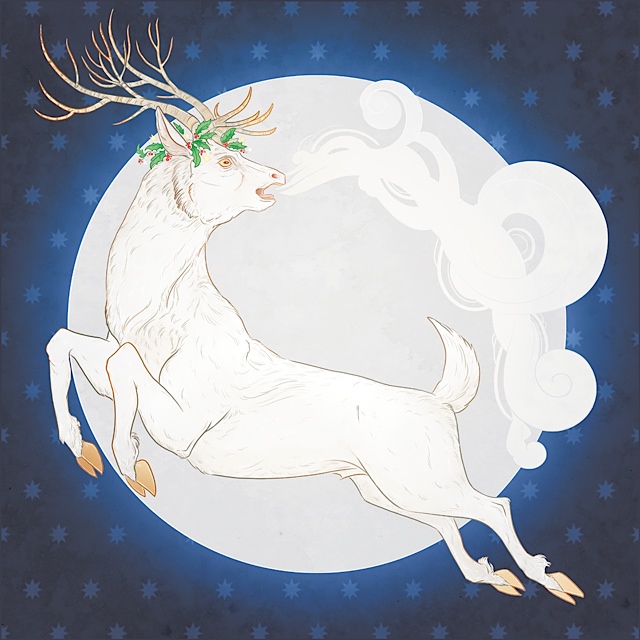 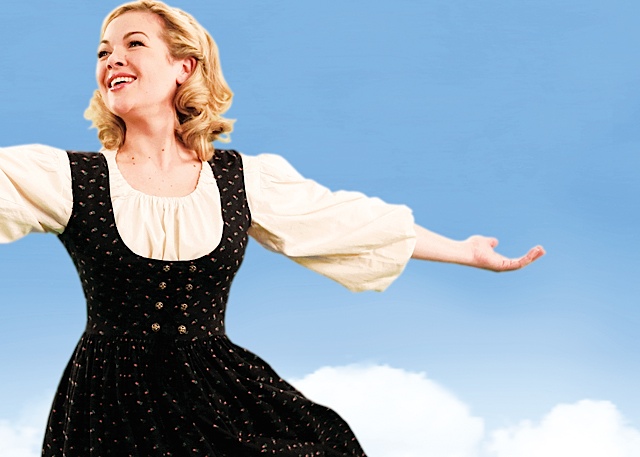 Photo courtesy of Ordway Center for the Performing Arts

The Sound of Music
Rodgers and Hammerstein loom as American theater’s greatest composer-lyricist duo. The Sound of Music was a Broadway blockbuster and it became the most profitable film musical in history. The region’s pre-eminent musical theater, the Ordway Center, now stages its own production about a discontented novice nun whose life is changed by a motherless family.
Through Jan. 2
Ordway Center, 345 Washington St., St. Paul
651-224-4222
www.ordway.org 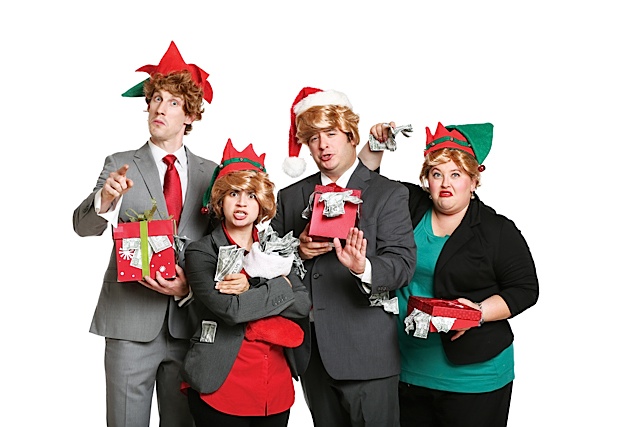 The Trump Who Stole Christmas
Pouf up your hair and see the region’s legendary comedy theater, known for it legendary holiday shows, take on “The Donald.” Perhaps these great comics will let us in on his secret. How can a man who has made the longest chain of insults and vitriol over such a sustained period of time still be the front-runner or close second for the Republican presidential nomination? Maybe BNW can clue us in.
Through Jan. 30
Brave New Workshop, 824 Hennepin Ave., Minneapolis
612-332-6620
www.bravenewworkshop.com

Under the Mistletoe – A Holiday Romance with The Twin Cities Gay Men’s Chorus
Doesn’t this sound hot! Keeping up with the times as they are: Kristen Bell’s “Text Me a Merry Christmas.” Meditate to the premiere of Matthew Coulton’s “In dulci Jubilo.” Enjoy a selection from TCGMC’s holiday CD, Joy: Kevin Robinson’s “Silver Bells.” Delight in the musical theater classic, “We Need a Little Christmas” from Mame and the Streisand version of “Jingle Bells.” Explore Justin Bieber’s “Mistletoe” with Straight No Chaser.
Dec. 11–13
Ted Mann Concert Hall, 2128 4th St. S., West Bank U of M, Minneapolis
612-624-2345
www.tcgmc.org