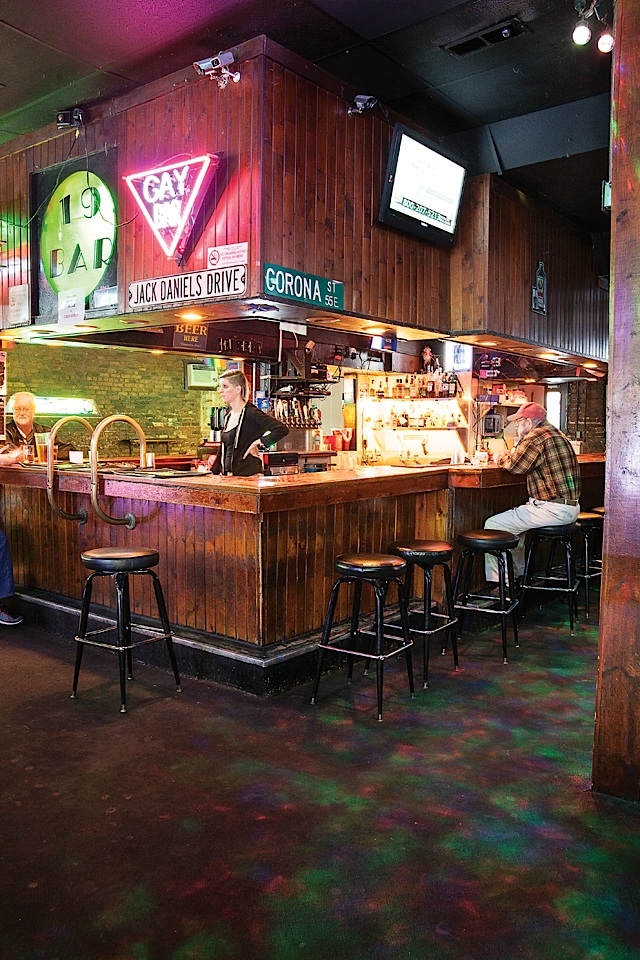 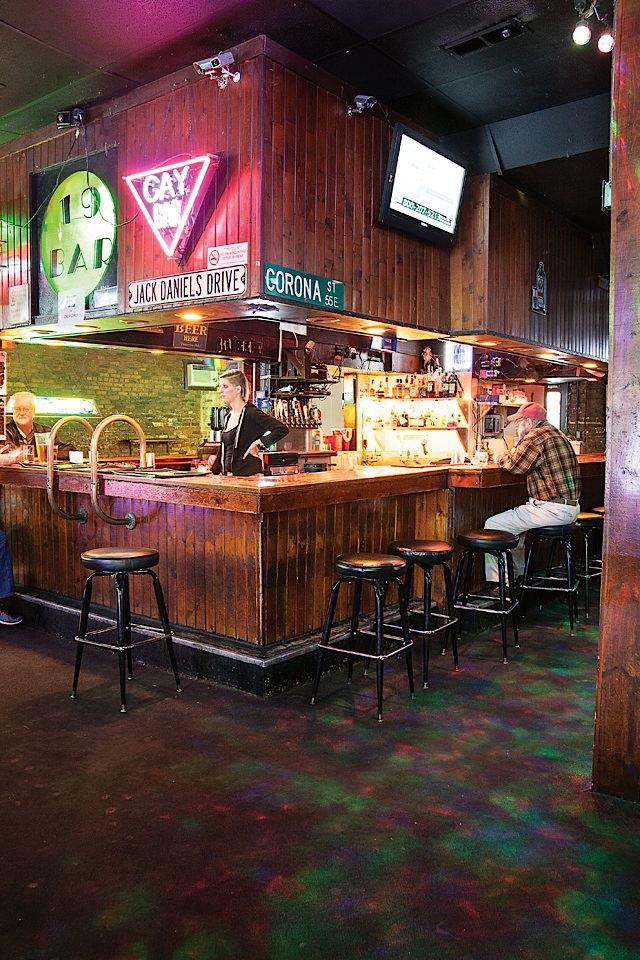 February 6 was the 65th anniversary of Queen Elizabeth II’s accession to the British throne in 1952; she’s now the longest-reigning British monarch in history. As well, for the 19 Bar in Minneapolis (with an iconic 1960s portrait of the queen that has graced its north wall for decades), it’s a triple anniversary this year: the 65th of the venerable landmark, the entire history of which coincides with the Queen’s reign; the 25th of Gary Hallberg’s owning the business; and the 95th of the building that houses the establishment.

The cornerstone of the historic 19 Bar building (whose present name derives from its address, 19 W 15th St., Minneapolis) bears this three-line inscription: “Magney & Tussler, Inc./Architects & Engineers/1922.” The firm’s main claim to fame is that it was the architect of the Foshay Tower in downtown Minneapolis, which debuted in 1929 and was the tallest building in the city until the IDS Tower surpassed it in 1972. During the Prohibition Era in the United States, the building later called the 19 reportedly was a speakeasy that served illegal alcoholic beverages, a precursor of its later countercultural incarnation.

In 1952, life partners Everett Stoltz and George Koch opened a predominately gay bar in the premises, a shrewd move given its location in the heart of what has been a gay enclave for decades. From the 1950s on, the 19’s clientele mainly was gay men from the nearby Loring Park neighborhood of Minneapolis. In the early days, the entrance was in the middle of the north wall on West 15th Street, and the bar was on the west wall. On shelves behind the bar, each regular patron had a barrel-shaped brown glass mug with his or her name inscribed on the wooden handle.

For several decades, the usually quiet 19 suddenly would transform into a beehive of people late Sunday night, when an old Minneapolis “blue law” (repealed in 1990) allowed the bar, which had only a 3.2 (“weak”) beer license, to stay open until 1 a.m., while the other gay clubs in the city with full beer and liquor licenses had to close at midnight. An exodus of people eager to enjoy an extra hour of imbibing and socializing culminated in a long line of people stretching outside the 19 that filled the bar to capacity every Sunday. 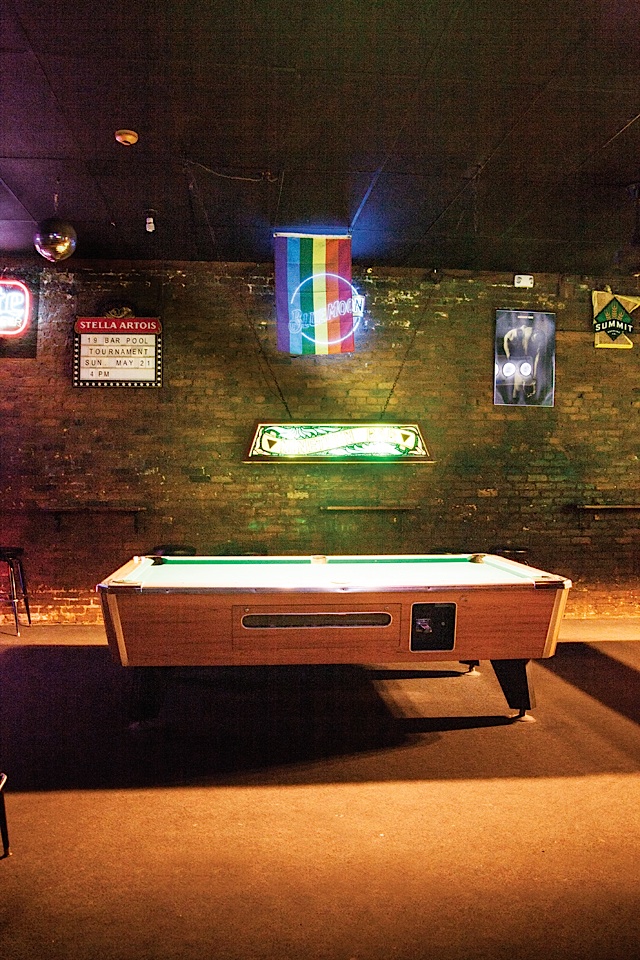 In 1983, after several ownership changes at the 19 over the years, Ray Onstine bought the business. Completely remodeling it, he moved the bar to the center of the building and relocated the entrance to the east corner of the north wall. After his death in 1990, his straight parents, Bud and Charlotte Onstine, operated the bar for several years.

Gay businessman Hallberg purchased the 19 on May 8, 1992, and he bought the building as well in 1995. In several stages, he nearly doubled the bar’s space by expanding west into what had been the adjacent Loring Cleaners. He also built a now-popular year-round patio extending from the south wall in the back. In 2003, he obtained a license from the city to serve full liquor and strong beer, which brought a host of new customers who wanted more than 3.2 beer.

Today, the 19 continues the friendly ambiance of its 65 years as a neighborhood GLBT bar. Everyone across the spectrum of the community, from regulars to patrons new to the establishment, will feel welcome in this no-attitude gathering place. Most times, you’ll find some people engaging in a game of pool at its three state-of-the-art tables. Others simply will carry on a conversation over a reasonably priced cocktail or beer.

As the community bar closest to the Pride Festival in nearby Loring Park, the 19 is always the busiest place in the Twin Cities during Pride Weekend. Lines form outside the bar from the time it opens, reminiscent of the late Sunday nights of yesteryear. Inside and outside the bar, all enjoy the camaraderie of once again joining in celebrating our Pride.

Hallberg sums it all up this way: “We’re very proud to be the GLBT bar in the Twin Cities that has been serving the community the longest — and one of the oldest, if not the oldest, in the country. I’m also proud of having owned the bar for a third of its history now. We thank our countless past and present patrons for supporting us all these years. And the 19 will be here for our community many years in the future.”

So, let’s all stop in at the 19 during Pride and wish this friendly GLBT mainstay another 65 years!