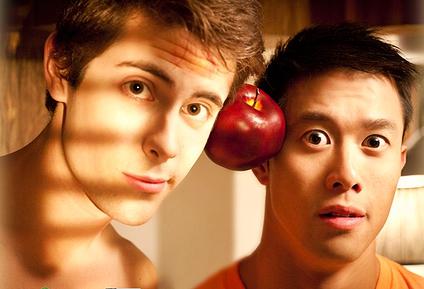 When I first started watching John Apple Jack I had this visceral premature inner reaction to what appears at first to be a brazenly racist and elitist comedy. But as the action unfolds it’s clear that the film is a hilariously groundbreaking inquiry into the festering image of privileged white gay men as arrogant power-wielders. John (a dashing Chris McNally) is a young white gay man who feels entitled to have whatever he wants including treating his sex partners like objects. However, when Jack (Kent S. Leung), a young gay Asian American man who has been intertwined with John’s family for years, plans to marry his sister, an enormous shift occurs.

That shift is beautifully and cracklingly directed by Monika Mitchell. She has elicited deep emotions that lie underneath the sharp and wise dialogue of screenwriter Rick Tae. I would love to see Mitchell and Tae keep on exploring the problem of gay white male privilege and its affect on gay men of all colors who don’t have such privilege. I’d also love them to consider actually creating an honest version of the J. Edgar Hoover story that is up for really showing his dark side. Something free of the pathetiically nostalgic conservatism of Clint Eastwood and his politically correct accomplice, gay screenwriter Dustin Lance Black and politically correct actor and reinforcer of Scorcesean sexism, Leonardo DiCaprio. Tae and Mitchell know that to clear the air on gay issues, you have to tell the truth. John Apple Jack is an admirable film. 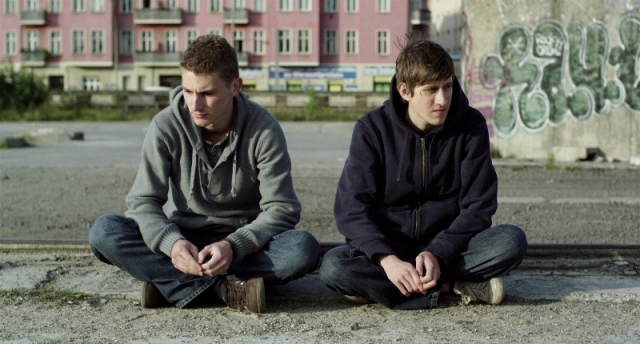 In start contrast, but also admirable, is Silent Youth. is a magnetically intimate look at two young men in Berlin who meet by chance. They are what some would call men of average looks, something that is often excluded in gay cinema. Though their inner spirit makes them beautiful.

The sublime actors actually capture spiritual feelings and delicate emotions throughout. There is little dialogue between the two. Martin Bruchmann plays Mark, a reasonably well-adjusted man who is just starting to test the waters of homosexual destire and attraction. Josef Mattes plays Kirill, a traumatized and broke young Russian, who can barely communicate. The sensitivity elicited through their mutual interactions is profoundly authentic.