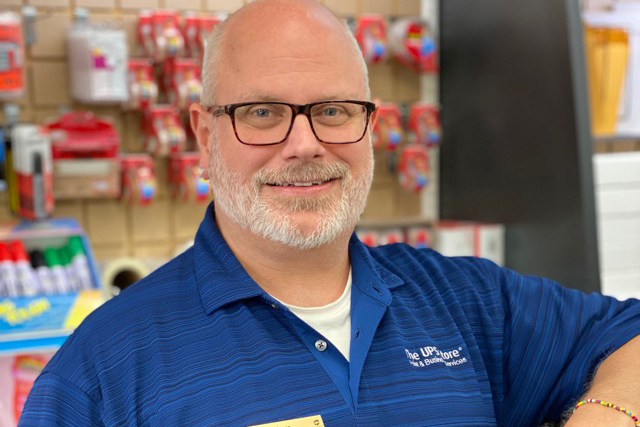 The West Metro of the Twin Cities loves its community, and the community loves it right back.

Whether you live there or you just need a reason to get out of the house during this never-ending quarantine (tip: ask yourself the last time you wore non-sweat pants. If the answer is more than one week ago, you need to get out of the house), the Twin Cities West Metro is a spot that is beloved by its community for many reasons. Chief among them? The community itself.

Randy Holst, owner of a Golden Valley UPS store, is an example of the West Metro’s warm, welcoming community. For Holst, his roots began in Minnesota, though a different side of the metro.

“I grew up in Stillwater, Minnesota. I did not do well in school due to learning disabilities especially with reading. I did, however, like to work and keep busy. Thankfully I was able to learn quickly and excel without a formal education. Each new job was a step forward, and I had some great friends who stuck with me along the way and helped me learn and grow,” Holst says. “I have found that helping others in business and personally repays you over and over again. I also find that we must continue to learn.”

Holst says he became a business owner because of the support of people in his life who never stopped believing in him.

“One was a great friend, Dan Clausen, who asked me to work for the company and took me on to help open stores. He taught me so much about business, and I will always be grateful for what he taught me,” Holst says. “The other is my ex-partner and current business partner, Doug Lyon. He believed enough in me to support me financially while I was able to build the business to what it is now.”

And the support doesn’t stop at Holst. The love and strength that he received from his loved ones continues on in his business, which he has dedicated to giving back to the community.

“I believe it is important to give back to the community. I also believe it is important to be out. I have struggled with this in the past, as it is tough as a small business that is often confused as being a big business. I am just the little guy with the Big Brown Name,” Holst says. “We would sponsor bingo or a booth at Pride only to give the parent company the recognition. This was a big part of our advertising budget, so we had to drop it. Our theme was ‘Follow the Bubble Wrap Road to The UPS Store.’  I was dressed as Dorothy.”

But regardless of what Holst’s UPS store is or is not financially capable of, there is one thing that no amount of money can buy: community.

“I found that my community and friends have become my family,” he says. “Old and young, they are priceless to me and mean more to me than any item I could possess.”