Wedding Gift Etiquette: How To Properly Show You Care 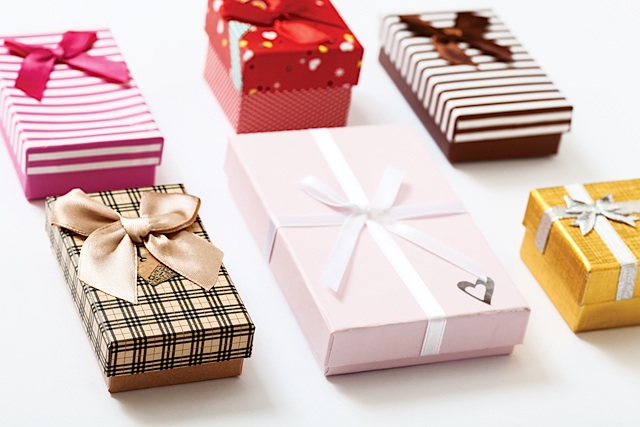 When it comes to people you care about, it’s a given that — any time money enters the equation — things might start to get a little sticky, especially when it comes to the act of giving gifts for momentous occasions like weddings. Most of us are thrilled to be giving our just-married friends and family presents to start their lives together, but it can be confusing to the nth degree to pinpoint exact wedding gift etiquette. Figuring out how much to spend, what type of gift to give, and even when to deliver a gift is tricky, particularly if your generosity exceeds your budget.

Luckily, there are etiquette experts ready and willing to answer any question that might arise. For nearly a century, one name has been trusted above all others when it comes to proper decorum: Emily Post. While Emily may not be doling out the advice anymore, The Emily Post Institute is a family business that spans five generations, maintaining and evolving the standards of etiquette that Emily Post established with her seminal book Etiquette in 1922. According to the Posts, though times have changed, the principles of good manners remain constant.

From a primary office in Burlington, Vermont, The Emily Post Institute maintains a 25-book collection; publishes columns in Good Housekeeping, TheNew York Times, USA Weekend, and the Boston Globe; conducts seminars and trainings; and partners with businesses and non-profit organizations to bring etiquette and manners to a wide audience. There are currently two generations and nine direct descendants and their immediate family involved with The Emily Post Institute, one of whom is Lizzie Post, the great-great-granddaughter of Emily Post and a co-author of numerous etiquette books. She is also the co-host of Awesome Etiquette, a podcast from American Public Media.

The etiquette of gift-giving is incredibly nuanced, Lizzie says. And wedding gifts are a different animal because, with weddings, there is a wonderful balance between unspoken tradition and the need for very explicit, detailed information. Yet, wedding invitations are the only kind that carry an unspoken obligation to give a gift, regardless of whether or not a guest can attend.

Many people stick to the registry, which is a simple and easy way to decide on a gift. But Lizzie notices that registries are getting a bit more interesting. For instance, one friend of hers registered for a leg of prosciutto. “That’s just not what you would typically see on a registry,” she laughs. “But it’s because they love prosciutto and now they’re having a big prosciutto party one night. It’s that kind of thing where you might see when people are more set up with household items, they might be more willing to register for something that will allow them an experience or it’s just something a little bit more different.”

While there are some unique things found on registries, Lizzie says no longer are people registering for things that they want but can’t afford (like a new computer or plastic surgery). Instead, people are bringing it more into fun, light things that brings with it a certain experience, like a large hunk of prosciutto. But it is also always okay to veer off the registry.

“If you don’t see anything on the registry, or maybe the registry has kind of been picked through and you don’t really want to send them a tea towel and a random fork, it is perfectly okay for you to go off the registry,” Lizzie says, sharing the two main things to keep in mind when choosing a wedding gift. “First of all, always stick within your budget. Always, always, always. You’re never paying for a plate. You’re never obligated to get them something on the same level that they bought you. Never, ever, ever. Always stick within your budget. And then the other one is that it’s really up to you what you decide to give.”

When it comes to sticking to a budget, that number could look pretty small. For a twentysomething, for example, someone who isn’t necessarily well-established yet finds their friends walking down the aisle, it can be tough to find an appropriate gift that stays within budget. That’s when creativity and sentiment come into play.

“For years in my twenties, what I always bought was, I think it’s Pottery Barn, silver picture frames that you can go get engraved,” Lizzie says, citing the total cost for frame and engraving in her area as being less than $20. “Look for things like a picture frame with the date of the wedding on it. The number of friends I have that said, ‘We didn’t get anything like that and it was so perfect because we had a place to put our wedding photo then.’ I think those are sometimes the overlooked gifts that actually wind up being really useful to the couple or really cherished. Never think, oh, a picture frame is going to be boring. This is a day that they’re marking and they’re going to want to display that in some way in their home to remind them of it.”

She says the simple things can be incredibly great gifts. Another cherished idea she has done before as a sort of DIY gift is a recipe book. Call up the families and get some of their favorite recipes and start a recipe book for them. Also think about what the couple loves to do together and see if there something really simple that would fit the bill. For example, maybe you know that they love cooking so a gift idea could be some special spices and then put them into some beautiful jars.

But the most basic of all etiquette when deciding on a gift, especially if you’re going off registry, is to have the couple’s taste in mind. Looking at the registry helps give an idea of what colors they are gravitating toward, for example, and that might help if you decide to go off registry. “But the biggest thing is you want to be able to envision these people using the item,” Lizzie says. “You want to feel like you’re getting them something not just that you love and adore, but that they would love and adore. Your coffee maker is great, but if they don’t drink coffee, well…”

“Usually you are pretty safe with anything in the entertaining department,” she continues. “A beautiful salad bowl, a nice set of serving utensils, a cool vase, things like that. They’re things that as they entertain, as they get together with people throughout their lives, it’s ‘Oh, I’m so glad I had that vase there.’ The kind of stuff that you collect over the years, but you’re really grateful when you actually need it and have it.”

But a word of caution to going off-registry: don’t put too much of yourself into the gift. Lizzie laughs thinking of some bad gift choices she’s heard of. “Like in Wedding Crashers when it’s like a book on kama sutra from Crazy Aunt Whomever. I think you want to make sure it’s really in line with the couple’s taste.”

Every now and again, Lizzie says the Emily Post Institute will get a bride who writes in saying she received something really inappropriate from someone and it was embarrassing to open it in front of other people. A classic example is lingerie at a bridal shower. “Some people aren’t comfortable having that part of their lives exposed,” Lizzie says. “You really want to think about the couple. It doesn’t have to be sex, it could be other stuff. Just because a couple lives in Colorado, you don’t want to get them smoking stuff. Just because you know that they’re going to get married, you don’t want to get them sex stuff. You really want to be careful not to overdo it, you really want to think about time and place and who else is going to be around when the gift gets opened.”

Ultimately, keep it simple, especially for the pre-wedding parties. With engagement parties, bridal showers, and weddings, it’s easy to end up over budget. But Lizzie says to keep things small before the actual wedding, and in some cases no gift is necessary. Engagement parties, for example, tend to be regional in terms of expectations. Lizzie suggests calling the host ahead of time to find out if gifts are expected since there is no standard. In the South, for example, it’s more common and in the Northeast it’s less common to bring a gift to an engagement party.

“But truthfully I tend to think of the wedding gift as a big gift and the other parties are kind of smaller gifts,” Lizzie confesses. “So for one of my friend’s weddings, we did this big absolutely gorgeous plate that everyone gave their signatures to the engraver for, and the engraver put them on the plate. And then for her bridal shower, she and her husband are both the zodiac sign of Cancer, which is the crab. And they were getting married in a place where crab was kind of the main thing, so I got them two cute little crab hooks. Little hooks to put your jacket or your purse on; not a big deal item. And then for an engagement party I just did some really simple napkin rings. I tend to think of the pre-parties as the smaller gifts, cute little things, simple little things. And then the wedding I do a bigger gift for them, usually. But again, always within my budget, none of these were expensive items.”

Of course, in this day and age, cash is the ultimate currency. More and more people are giving money or gift cards in lieu of a physical gift, which Lizzie says is perfectly fine. In fact, the couple might actually prefer it because if they did a destination wedding or if they’re moving right after the wedding, it can be really nice to have those gift cards or cash to use at the store as opposed to having to deal with physical presents when they don’t yet have a place to put it or when they are going to have to travel and bring it home. But even cash and gift cards come with certain etiquette standards. According to Lizzie, the best thing to do if you do cash, check, or a gift card is to do it in a greeting card and write a thoughtful message with it.

Lizzie also suggests checks instead of cash, if possible. “It allows you to see when it’s processed,” she says. “If you’re mailing it to them, you know it actually got to them if they deposited it into their bank account. Whereas if that money hasn’t cleared, then you might check up on it and say, ‘We just want to make sure that you received the check that we sent you as a wedding gift.’ It just allows you to keep tabs on it a little bit, whereas when you send cash or a gift card it’s harder.”

Ultimately, timeliness is your best friend. There is a rumor that anytime within a year of the wedding is a proper timeframe to send a gift to the couple, but Lizzie debunks that myth. “Try to get the gift to the couple within three months of the wedding,” she says. “I would also say try not to stress. I get into the place of trying to find a gift that’s so cool and so meaningful that I am then eight months later sending them a gift. And I think what you really want to do is get them something from the registry or get them something simple that you know they will enjoy. Don’t stress too much about it because that’s when it becomes too much and you lose the sweet simplicity of ‘I just want you to have something to commemorate your marriage with from me.’ That should be the sentiment.”