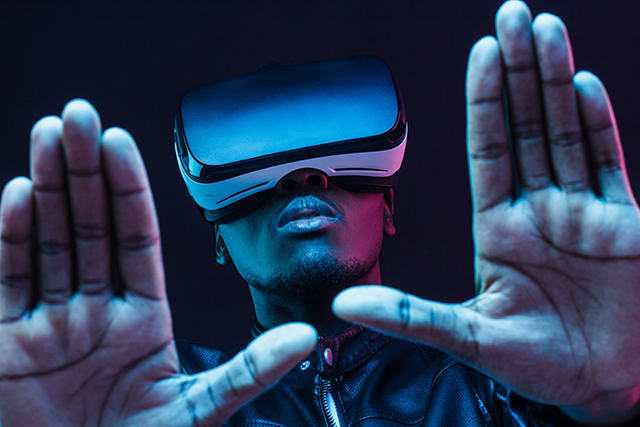 This installment of this column is a time capsule. Someday, far in the future, someone
will read this column and be amazed at what members of the leather/BDSM/fetish
community, in the Twin Cities as well as in other parts of this country, were willing to do
in 2020 and 2021 as they tried to survive a global pandemic.

(But you’re not reading this column someday far in the future, are you? You’re reading it
now, today, while the pandemic still is going on. That being the case, read on to see
the record I am leaving here for future generations.)

Just over a year ago the global coronavirus pandemic caused humanity to hit the
“pause” button. Along with everyone else, this included members of the
leather/BDSM/fetish community. They, like the rest of humanity, have had to develop
various coping strategies and skills to try to keep their community, and at least some
measure of their sanity, intact.

One of these coping strategies and skills is using virtual leather gatherings—online,
remote, live-streamed versions of gatherings or parties that formerly were (and we
hope in the future will again be) in-person events held in physical spaces.

It’s not that doing things virtually is necessarily a new thing for members of the
leather/BDSM/fetish community. As far back as 1999, this column described sex toys
that could be remotely controlled over the Internet using a Web browser (with visuals of
reactions to the toy beamed back via webcam). And sometimes community members
haven’t even needed the Internet—I have heard stories of amazing dom/sub scenes
conducted entirely by telephone.

What’s new for this community is being limited to virtual socializing. Right now, that’s
the only kind of socializing community members can do safely. As someone who has
been part of a fair number of these virtual gatherings, I can say there are many
disadvantages to them compared to in-person events—but, paradoxically and perhaps
perversely, there also can be advantages. And virtual gatherings are, at least to me, still
a bit surreal.

An in-person party or social event happens at a certain place to which attendees
travel—perhaps across town, perhaps across the country, perhaps across the world.
By contrast, with a virtual gathering the concept of “place” becomes almost
meaningless; without leaving the comfort of one’s living room one can virtually travel to,
say, Chicago for an event hosted by the Leather Archives & Museum (see below).

When attendees arrive at an in-person event, they usually find at least several groups of people chatting, and it is possible to circulate from group to group. Many conversations are going on at the same time. By contrast, a virtual gathering convened using today’s technology is almost always one big group; there is nowhere to circulate.

And in that one big group there is one conversation going on. Because of technological
limits, as a general rule only one person talks at a time; if two or more people talk at the
same time, the sound tends to be garbled and it’s almost impossible to tell what any of
the speakers were saying.

Furthermore, after all the virtual leather gatherings I have been part of, I still am not
sure whether the gallery-view grid on my computer screen, containing moving pictures
of fellow kinksters, reminds me more of “Hollywood Squares” or the opening of “The
Brady Bunch.” (And if it’s “Hollywood Squares,” who is sitting in Paul Lynde’s
center-square spot?)

I have seen people participating in these meetings from their hot tub. I have seen them
giving and receiving massages. I have seen them doing leather care. I have seen
talking heads in eight on-screen squares while the ninth square has shown a bondage
scene in progress. However, at least at the gatherings I’ve participated in, there has
been no on-camera nudity and nothing illegal—because you never know who else
might be watching.

To give some more specific examples, here are descriptions of the most recent virtual
leather gatherings I have been part of:

• For many years, the Atons of Minneapolis have hosted a monthly L&L (Leather & Levi)
Dinner. I recently joined an online Atons Virtual L&L, which was more a prelude to
dinner than an actual dinner. One L&L participant was in a much warmer place than the
rest of us, and he took his iPad outside to show us the palm trees swaying in the gentle
breeze—while it was 20 degrees below zero in Minnesota.

• In Chicago, the Leather Archives & Museum (LA&M) has long hosted in-person
gatherings for Chicago’s leather/BDSM/fetish community and for those visiting
Chicago. During the pandemic the LA&M has been hosting virtual gatherings, often
including conversations with leather luminaries. I recently connected to “LapTop,” the
LA&M’s current series of virtual events held the third Thursday of each month. I was
privileged to virtually travel to Chicago and hang out with the evening’s featured
guests: Judy Tallwing McCarthy, the first-ever International Ms. Leather (1987), and
Graylin Thornton, International Mr. Drummer 1993. As I listened to McCarthy and
Thornton exchange reminiscences, I had a thought: “Only the LA&M could put together
an evening like this.” (The next episode of “LapTop” will be Thursday evening, March
18, 2021. Visit leatherarchives.org for details.)

• The Knights of Leather, based in the Twin Cities, recently hosted two virtual
gatherings—one on a Saturday evening (theme: “Play”) and another the following
Sunday morning (theme: “Coffee”). Both were relaxed reunions and check-ins with
people whom I lately have not seen nearly enough of. On Saturday evening various
people showed off fetishwear, including corsets, posture collars and latex pants. We
compared dungeon toys and discussed underutilized dungeons. On Sunday, we talked
about what would come after the pandemic ebbed, and what we could do for fun in the
meantime. The Knights canceled their Tournament run in 2020 and have canceled it
again in 2021—but the club may be hosting a Virtual Tournament later this year. Several
people also mentioned how much they missed being able to hug and be hugged.
So that’s the state of virtual leather in the first part of 2021. For now, it’s what we have
and what we can do. I wish we could do more. But at this point, I am grateful for any
leather contact I can get.

One final, hopeful note: Even with the pandemic going on, people are still seeking out
and finding and joining our community. I am seeing people on my virtual gathering
computer screen that I have never seen nor met in real life. I hope I get a chance to
meet them in person—soon.