Ukrainian Alien: From Minneapolis with Love 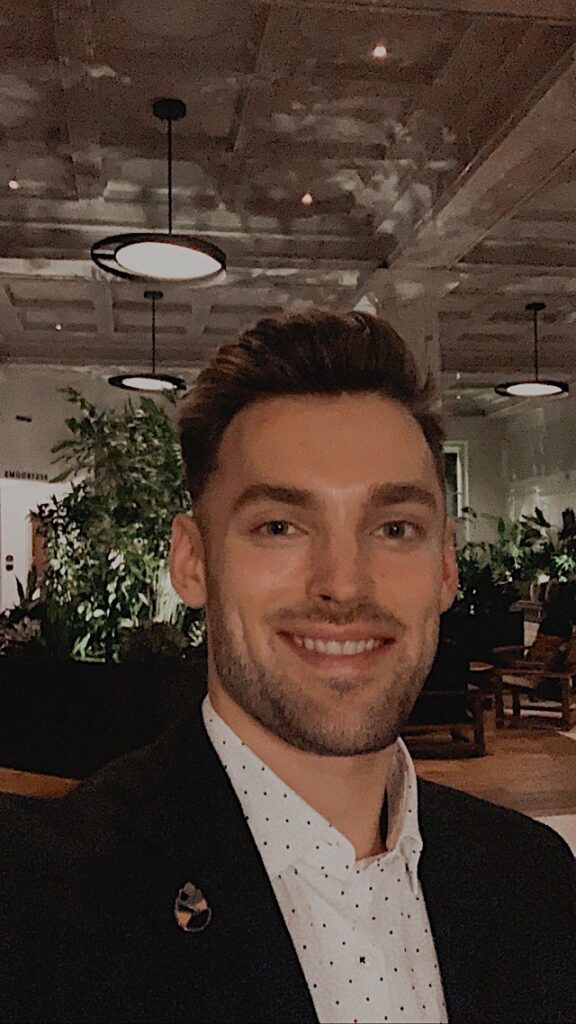 What started as a loving inside joke and nickname, revealed the inspiring story and individual: Denys Pashynskyi (pronounced Dennis). Denys, a fiery and delightfully boisterous Ukrainian immigrant is a lover of diversity, diverse experiences, and creativity. Making his acquaintance and knowing his story inspires more than he probably realizes.

Denys grew up in the small town of Ivano-Frankove, about 15 miles outside the city center of Lviv, in western Ukraine. He lived there with his family until he was 16 and then split his time between home and the city of Lviv, where most of his family now resides. In the west they still carry traditions of indigenous Ukrainains and have more likeness to the rest of Europe than eastern Ukraine. Denys says in western Ukraine, “we appreciate architecture, knowledge, art, and tradition,” however, “despite the fact that we are all so diverse, it was still pretty tough [to live there] because Ukraine is big on religion.”

For someone who values authenticity, the emphasis on a particular religion made it difficult for him who, “wants to live freely and just say that they are gay instead of having to hide and live in the misery of a double life,” says Denys. He wasn’t really given the luxury of that choice however, when at a young age kids started untrue rumors that alluded to his sexuality. The bullying that ensued was an inescapable reality of a toxic environment full of bigotry towards a young boy who was outspoken and fearless to be himself.  With a strained relationship with his family, he courageously found chosen family in Lviv but still never turned his back on his own.

Creating a liviloodhood without a degree is difficult in Ukraine. Denys completed a bachelors in hospitality management and then discovered a travel program to go work in hospitality in a different country.  “I always wanted and dreamt of an American lifestyle,” says Denys, “because I felt uncomfortable living with people who wouldn’t accept me as gay. I created this dream in my mind to go to a place where I knew I’d be happy.”

Without a choice of where within, he applied to be placed in the U.S. A Twin Cities hotel with a manager who went through a similar program was willing to sponsor him on a student visa for a one year internship. When the internship came to an end, returning home was not an option he wanted to consider and he applied for asylum. Although his case is still pending, he is grateful to be in a place where there are laws to protect him from things like hate crimes, and workplace discrimination, “which we don’t have in Ukraine,” says Denys. The past five years of his time here, “have been nothing but joyful. I feel free, like I can be myself, and people don’t hate me for being different.”

It may strengthen his case, however unfortunate, is the conflict in Ukraine which started with a Russian invasion in February, that his family and friends are now caught up in. Deny’s mother has lived in Italy for the past 10 years. From afar the two share the burden of feeling helpless and fearful for their loved ones in a war zone. His grandparents who raised him, his aunts and uncles, cousins, extended family, and all his friends now live in terror.

They are experiencing, “terror for their life, and fear for their safety. Depression, entire mind and body shut downs.” Denys explains. They are tired all the time from the air strike sirens keeping them awake for hours hiding in the basement. Economically they are experiencing troubles due to reduced work hours and hopelessness at seeing how many people have been killed ruthlessly. “It’s taken a toll on them,” close to five million people have left Ukraine and Denys says, “If we have more people leaving the country it will result in an even worse economy because young professionals just don’t want to live there anymore. This gives a very bad promise for the future.”

He also adds, “It’s important to know what’s going on there through the experiences of loved ones, other than just reading the newspaper. I feel a lot of anger and sadness, for the situation, and for how unnecessary the cruelty of the Russian president and people who are with him is.” It’s become more than just a struggle for the land. There is a deep feeling that the Russian government is always trying to crush Ukraine and its people. His family has seen the Russian army kill many by bombing shelters, raping women, vandalizing homes, and stealing possessions. Even calling back home to Russian to report and boast about their plunder. “It seems insensitive and stupid. It hurts to know that some Russians have a baseless hate for Ukrainains,” says Denys.

Denys is speaking with his family and friends almost every day, consoling them, and helping plan for what they will do about the future. “If things progress further their best option would be to leave Poland,” says Denys, “but considering that the lines to cross the border have been up to 24 to 48 hours of waiting, it’s terrifying. I would not like for my family to experience that, or the sense of a need to fight or flight.”

He wishes that the Russians and the worldly bystanders will realize how powerful and disgusting the Russian aggression is. “What we want is them completely off our land. Give us air to breathe and rebuild. Get off our backs and never return again, but we will never forgive.” says Denys.

Thankfully he is surrounded by support so he can continue to support his family and friends in the Ukraine in the way that they need. “All my personal issues that we had have gone away, we connect as family members and mutually support each other. I’ve grown closer with them than ever before.”