To Serve And Have Pride 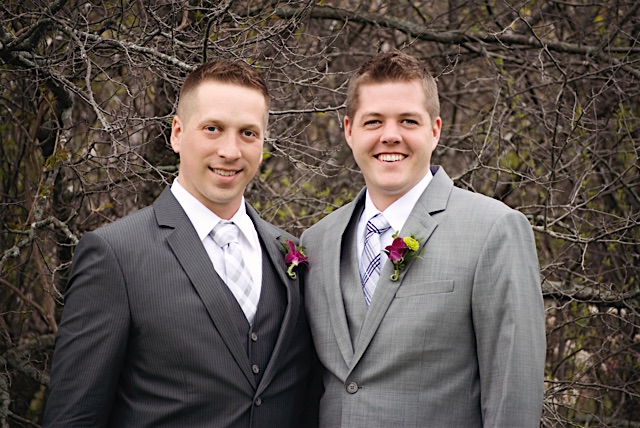 Capt. Tyler Bieniek, left, has been married to his husband Thom, right, for seven years. Photo courtesy of Tyler Bieniek

In the wake of the 2011 repeal of the Clinton-era “Don’t Ask, Don’t Tell” policy—wherein openly gay, lesbian and bisexual Americans were banned from serving in the United States military—American society’s views of gay people serving openly in the Armed Forces have evolved, largely for the better. In addition to citizens expressing increasing support for the rainbow community members in uniform, the military itself has made considerable overtures in accepting gay soldiers into their fold.

While many gay soldiers today have been able to enlist while open about their sexuality, many service members who served during the days of DADT have had markedly different experiences and, in many cases, struggles.

Capt. Tyler Bieniek (P) knows this story all too well. Currently Captain Promotable in the Training Support Unit at Camp Ripley for the Minnesota National Guard, Bieniek is out and proud, but it wasn’t always that way.

“I decided to join the Army National Guard in my junior year of college,” said Bieniek, who grew up in Little Falls, which is coincidentally the home of Camp Ripley. “It was actually a pretty difficult time in my life. I hadn’t really accepted myself as being gay and so I was kind of rudderless in school. I didn’t really know what I wanted to do as a profession and I was struggling to understand who I was.”

Bieniek’s father was a veteran of the Vietnam War, and Tyler chose to follow in his footsteps by contacting a National Guard recruiter in 1999—five years after the enactment of DADT.

“I was terrified of the thought of being labelled as gay,” said Bieniek. “I rather envy the individuals that knew they were gay early in life. It took me a long time to accept myself for who I am and get over the fear that I would be an outcast. It wasn’t until my junior year of college that I began to fully comprehend why I felt differently than most of my male friends, and I did not react to that realization well.”

Bieniek said that in a way, joining the National Guard was a means of escaping the reality of who he really was. However, Bieniek came to become friends with a lesbian soldier who he said helped him through this difficult period of his life.

“It was a couple of years later that I finally decided that I couldn’t live in secret anymore and I came out to my family,” said Bieniek. “At first, there was that initial shock and realization that what we had all dreamed would be our future was going to be a little different. But my family was amazing. I consider myself so fortunate to have my parents and sisters in my life.” 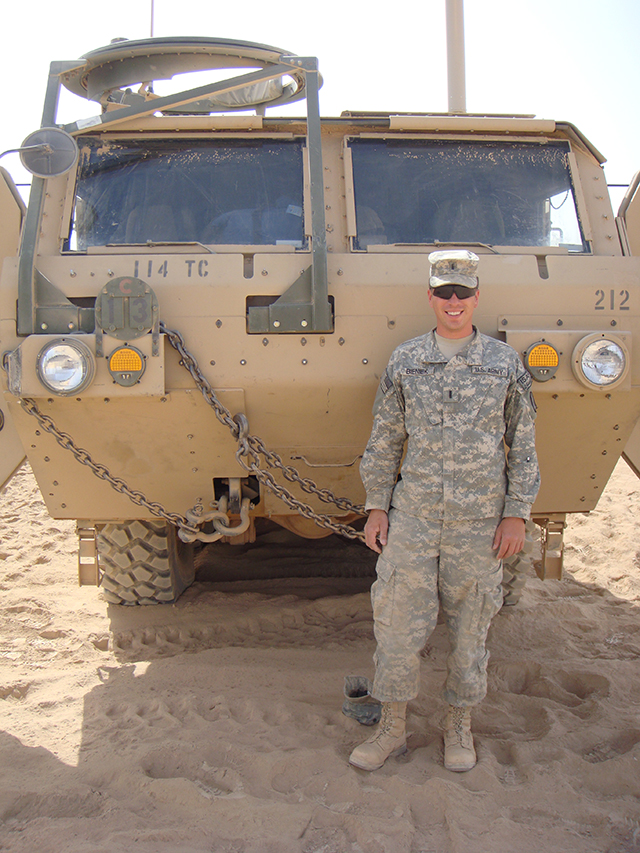 Due to federal policy at the time, Bieniek still kept his sexuality close to the vest, filtering out any references to his personal life in conversations during his mobilization and deployment. Luckily, Bieniek said that following the repeal of DADT, the Minnesota National Guard was extremely positive in embracing diversity as a strength.

“(That) is a change for an organization that prizes uniformity,” said Bieniek. “The leaders in the organization have actively embraced the GLBT soldiers in the ranks and have tried to create an environment that visibly recognizes individuals in the ranks.”

Prior to and following the repeal, however, Bieniek has maintained a decorated career with the National Guard, serving at Fort Hood from 2004 to 2005.

“Then in 2009, I was deployed overseas to Afghanistan with a medium truck company,” said Bieniek. “Our job was to operate logistical convoys in southern Helmand province to deliver supplies to new and developing Forward Operating Bases. That was the period of time during Operation Enduring Freedom, when the Joint Forces were pushing heavily into Taliban territory to root them out of their strongholds.”

Today, Bieniek is a Captain (P) at Camp Ripley, and is in the approval process to ascend to the rank of Major. He serves as a Logistics Plans and Operations Officer, overseeing logistical support requirements for the unit, whose main mission is to offer support to the Norwegian Troop Exchange. On top of that, he’s happily married to his husband of seven years, Thom. The couple have been together since Tyler’s deployment to Afghanistan.

“He has only recently started to attend military events with me as my spouse, so it is still relatively new to him,” said Bieniek. “For the first time he really feels like he has a connection with the military, which is so relieving for me. I had shared stories with him and tried to teach him about rank structure and what different jobs mean, but until you are able to actually meet people and put faces to names, it is not very easy to connect.”

And as the military continues to accept queer folk, Bieniek believes that acceptance is the new normal at home too.

“I think the Minnesota National Guard has done a remarkable job of creating an environment of inclusion,” said Bieniek. “That really stems from the efforts of the entire U.S. military, but Minnesota in particular has done a lot to ensure GLBT soldiers can serve openly and benefit from the same support that they give all military families.”

Capt. Tyler Bieniek, right, served in the U.S. military during the days of Don’t Ask, Don’t Tell, and was forced to hide his sexuality until its 2011 repeal. Photo courtesy of Tyler Bieniek

So what would Bieniek say to gay youth hoping to serve their country, but are reluctant due to their sexuality?

“I would say I understand their apprehension, but that they have an opportunity that many GLBT soldiers before them never had,” said Bieniek. “Many people could not understand why I would put myself at risk, personally or professionally, when I had to hide who I was. I would tell them that I felt pride in what I did. I felt like I was making a difference, regardless of the struggle. That is what I would want GLBT people to see in themselves, that they have the ability and strength to be leaders.”