The Sky’s The Limit 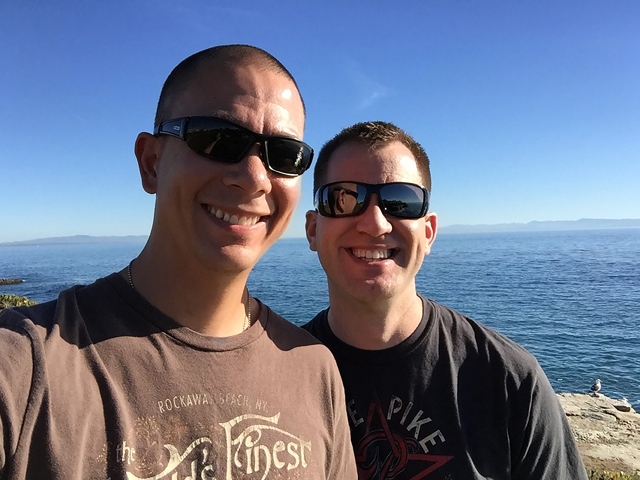 As he juggled his life as a member of the United States military, Lt. Col. Brandon Moore of the Minnesota Air National Guard had to traverse a parallel journey of being a gay man in the military during a time when he had to keep silent about it.

“It was [a long process], to be quite honest with you,” said Moore. “Thankfully my family was very understanding. But I didn’t come out to them until I was quite older. Because of Don’t Ask, Don’t Tell, it took me a lot longer to come out because of that, because obviously I couldn’t be very open under Don’t Ask Don’t Tell, so I had to kind of hide who I was.”

Having grown up in the Twin Cities and attending school at the University of Minnesota, Moore joined the military as an active duty soldier in 2003, having been stationed in both Europe and Okinawa, Japan. After eight and a half years as an active duty airman, Moore relocated to California, ultimately deciding to join the California National Guard.

“Active duty was getting busy, I guess, for lack of a better description,” said Moore. “I was TDY (temporary duty travel) and deployed quite a bit. TDY means you’re just essentially doing some kind of training. So between the deployments and the TDY, it just got to be a little too much and I wanted something a little more laid back, but still wanted to be a part of the military.”

After a stint in the California National Guard, Moore moved back to Minnesota and joined the Air National Guard. Moore currently serves as a navigator.

“I fly C130s, and navigate, and then in terms of my office job, I’m the director of operations for the Operations Support Squadron,” said Moore. “We’re the ones that support all the local flying that we do for the 133rd Airlift Wing.” 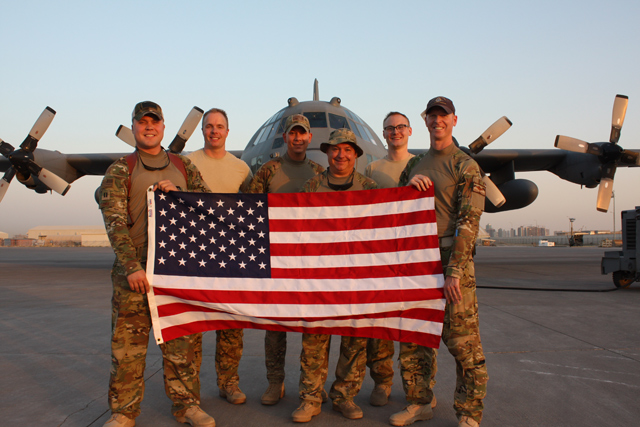 Moore has seen several deployments, including three in Afghanistan, three in Iraq, and once in Djibouti. However, despite his proud service in the military, Moore initially had to conceal his sexuality due to the then-current Don’t Ask, Don’t Tell policy.

“I hid it for a long time,” said Moore. “It wasn’t until after being active duty for about seven years that I finally came out to my immediate friends, and then coincidentally that was a time when they decided to finally get rid of Don’t Ask, Don’t Tell anyway.”

Moore is also married to his husband Chris Moore, who serves in the United States Navy.

“We initially met back way back in 1998; that’s when I was starting to come out the closet, but obviously never fully did it,” said Brandon. “It took a while to finally come out, but I talked to him initially and he was strictly a co-worker at that point, lost track of him for a long time and then due to Facebook…we were able to reconnect. And then that was after I was still with active duty. So he actually moved to California with me. We lived there for a couple of years before moving back home.”

Currently living with his husband in St. Paul, Brandon said that having a spouse who’s also a service member has made the rigors of the career a bit easier.

“He’s familiar with the military and understands what I do for the most part, and he is very supportive when it comes to deployment,” said Brandon.

As far as his compatriots in the Minnesota Air National Guard go, Moore says that they have been nothing but supportive in regards to him living openly as a gay man.

“When I initially came out on active duty, I didn’t have any issues there, and then essentially had to do the same process every time I moved to a different location,” said Moore. “So I got to California, and everyone was fine there as well. And then here too, I haven’t had any issues at all.”

When asked what advice he would give to a member of the GLBT community interested in serving their country, Moore said that there’s no need to be reluctant.

“The military gets a bad stereotype as being conservative and kind of close-minded,” said Moore. “But the reality is, just like our country, it’s full of pretty much every walk of life you can imagine: every background, race, religion, etc. So I would I would highly recommend people do it.”