Blackbird: The Film of Love and Acceptance that Almost Wasn’t Made

Seventeen-year-old Randy tries very hard to be a good person. Since his father left, Randy takes care of his emotionally disturbed mother, and he’s the kind of friend all of his classmates can depend on. As strong as he seems on the outside, Randy is hiding a secret inner struggle and denial of his true self. It’s not until he opens himself up to love that he discovers that becoming a man means accepting who you really are.

Newcomer Julian Walker captivates as the devout Christian, Randy, who is hiding a secret inner struggle: the denial of being gay. Isaiah Washington seems to redeem himself as Randy’s father, following the homophobic slur controversy surrounding his departure of Grey’s Anatomy. Mo’Nique taps into the same energy that earned her an Oscar for her work in Precious as Randy’s emotionally disturbed mother. Creating an emotional rollercoaster ride for viewers, this incredibly talented cast portrays the difficult journey into acceptance and love.

Based on the same-title novel by Larry Duplechan, the film is a story that director Patrik-Ian Polk has wanted to tell for years. “That’s a book that I stumbled upon accidentally in college,” he says. “I’ve read some coming-of-age stories through the white gay male perspective, but I’ve never experienced any work of art told from a black gay perspective. So it was the first black gay novel that I came across. As a black gay boy from a small town in Mississippi, it was an important work; it just really spoke to me.” 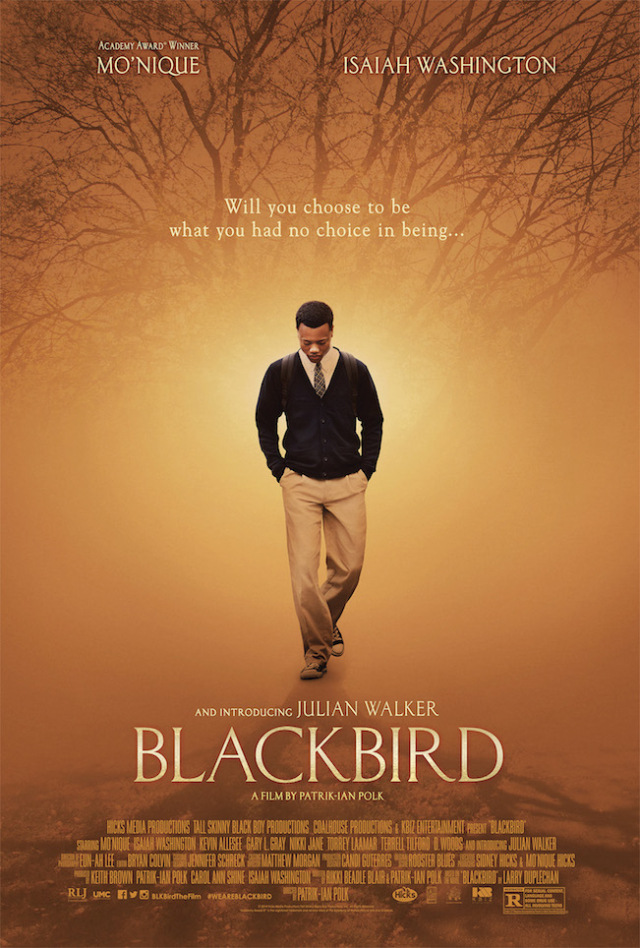 Despite his passion, creating the film has taken over a decade to make — Polk has been trying to do this movie for years, having written the first draft of the script as early as 1992. The film seemed like it was a go eight or nine years ago. The whole cast had been compiled, but the money didn’t end up coming through (something Polk says happens a lot in Hollywood), so the project had to be put back on the shelf.

“I like to think things happen the way things are supposed to happen,” Polk says. “Now, the time is right. I mean, who thought 10 years ago that marriage equality would be the law of the land?”

Yet the Supreme Court ruling doesn’t mean universal acceptance, as demonstrated by the struggle for Polk to find a black actor willing to play the lead of the young gay man. According to Polk, despite the increased visibility for the community, the idea of black gay love makes some people uncomfortable.

“I think that there’s been a steady progression in terms of showing explicit gay images in terms of TV and film,” he says. “Even though we’ve made many strides, we still have a ways to go. We’ve had shows like Will and Grace or Modern Family that have gay characters, but they’re fairly neutered. When it comes to black gay characters, we’ve seen even less. So we’re not used to seeing the images, but I hope we get more used to it as time goes on. Shonda Rhimes has started to push the envelope, and the work can only continue.”

Many of Hollywood’s black actors didn’t want to play the role of Randy because they saw playing a young gay black man as a career ender, but newcomer Julian Walker didn’t shy away from that. “I feel it’s one of those films that needed to be told,” Walker says. “I don’t see it as just a gay film because it’s not. it’s dealing with so many other issues. There’s so much going on other than just the subject of homosexuality and I just let the film speak for itself.”

In fact, Blackbird deals with many more hot-button topics than just homosexuality. Touching on religion, abortion, teen pregnancy, and more, the film is able to balance controversy with love and understanding.

“A lot of what you see in the film is taken directly from the book,” Polk says. “It’s a richly told story with greatly told characters — great pathos. A lot of my duty was making sure I translate that well to the screen.” 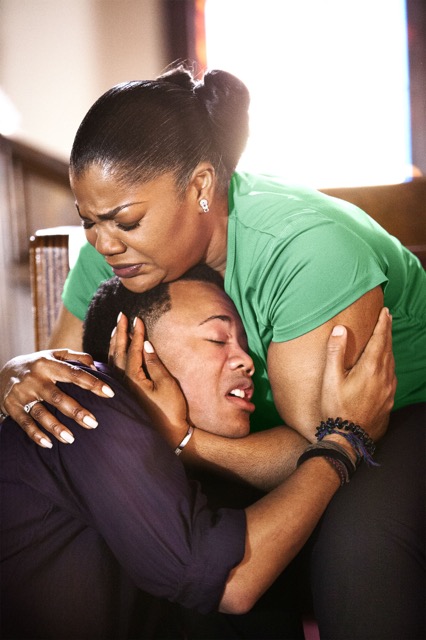 And it certainly did translate well. Walker says it’s because these topics are happening in the world today. “A lot of people are growing up around that age and they’re starting to experiment,” he says. “Parents need to step up and talk to their kids about what’s going on in their life.”

In fact, a lot of Polk’s work uses a bit of social commentary, and Blackbird is no different. Using the film’s social topics as a backdrop, Polk says he hopes that anyone who sees the film is able to come to terms with their own identity. “I hope the film helps them get to that place of self acceptance and love,” he says. “And anyone who is coming to terms with accepting a family member or friend who is LGBT, I hope this film helps them open their heart.”

The film’s message of love and acceptance comes across loud and clear. As Walker says, “Everyone deserves love and that’s what I hope people get out of it. Stop judging others for who they love and just see truth.”

Blackbird is now available to own on DVD, Blu-ray, and digital download. For more information, visit www.blackbirdthemovie.com.