The Difficulties of Divorce 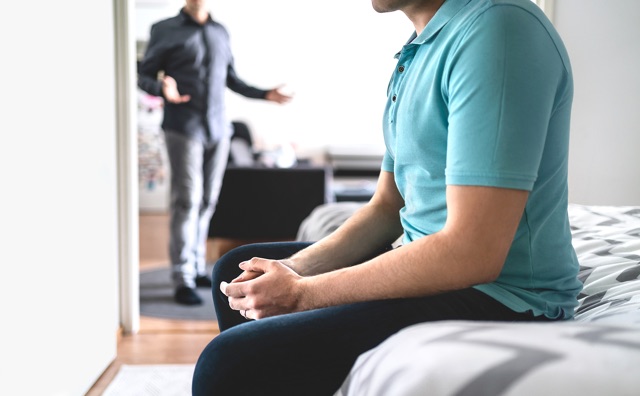 For any couple, divorce is complicated and messy. But for LGBTQ+ couples, the process is even more difficult.

The decision in Obergefell v. Hodges, the U.S. Supreme Court case that made same-sex marriage legal in all fifty states, will turn six years old this summer. That’s right—it’s only six. That’s the same age as my dog. I have plants older than same-sex marriage. So, since the U.S. government dragged its feet for so long to make a very, very basic right even exist, of course it’s going to be a bit complicated and murky at first.

And complicated and murky LGBTQ+ marriage certainly is, especially in regard to divorce.

Same-sex marriages recognized in all fifty states date back to just 2015. But of course, many of these relationships date back much farther. Many LGBTQ+ couples have been together for much longer than their marriage certificate says.

Couples who have been together for decades, but only legally married for the past six years, sometimes have difficulties during the asset division process and alimony determination, according to The Foray Firm, located in Illinois.

“External factors will be taken into consideration when determining who gets what. For couples who have been together for decades but have legal recognition of the marriage for only the past few years, property that they purchased together before getting legally married may not be considered marital property,” The Foray Firm’s website states.

When determining who will pay spousal maintenance, other issues arise. The number of years that you are legally married plays a significant role in how much is paid and how long the payments will last. However, without proof of a decades-long relationship, you may have difficulties obtaining proper maintenance amounts.

In all divorces, having children makes things much more complicated. For LGBTQ+ couples, however, there are even more issues to address.

Parents seeking a divorce spend time formulating a parenting plan, determining who the primary caregiver will be, and deciding how much child support will be paid.

“If you and your spouse are involved in a collaborative divorce, then you may be able to make these decisions between each other. However, if you are seeking divorce litigation, the judge will make decisions about your allocation of parental responsibilities,” according to The Foray Firm.

In Minnesota, same-sex marriage became legal in 2013, two years before the federal ruling. There is also a fairly high amount of LGBTQ+ folks in the state, with 4.1 percent of Minnesota adults identifying as LGBTQ+. Of all same-sex couples in Minnesota, 28 percent of them are raising children, according to the Movement Advancement Project.

Like all couples in the process of divorcing in Minnesota, at least one partner in an LGBTQ+ couple must reside in the state for at least 180 days before filing for divorce. Couples married in other states or nations with legal same-sex marriage can divorce upon meeting Minnesota’s minimum residency requirement, according to the Minnesota Family Law Blog.

Minnesota allows same-sex couples to petition for adoption. For LGBTQ+ couples married before same-sex marriage was legalized in Minnesota, custody disputes may be more complicated by second-parent adoption arrangements, which were common for gay and lesbian couples prior to 2013.

If you or someone you know is in need of resources for LGBTQ+ divorce, visit Lawyers.com.