The Ballad of Dad and Papi 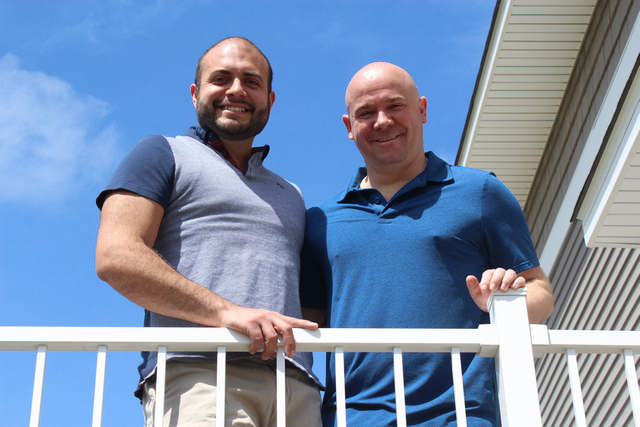 Bo and Jamie Nabozny got married in 2013, the year same-sex marriage became legal in Minnesota. Photo by Chris Tarbox

It doesn’t take much to recognize the overwhelming sense of familial bliss in the Nabozny household. Situated in a picturesque suburban home in Brooklyn Park, you can just get how Jamie Nabozny, his husband Bo, and their four children are a picture-perfect example of what makes a truly happy family.

Of course, in a day and age when the definition of “family” has broadened and expanded, Nabozny isn’t lost on the fact that being one-half of a same-sex couple doesn’t dilute or negate the special bonds his own family has created.

“I think over the last fifty years, I would say what makes up a family in the United States has changed drastically: from single-parent families to grandparents raising their grandchildren, to same-sex couples,” said Nabozny. “So I think there’s a lot of things that have changed, and the definition of family has changed and broadened.” 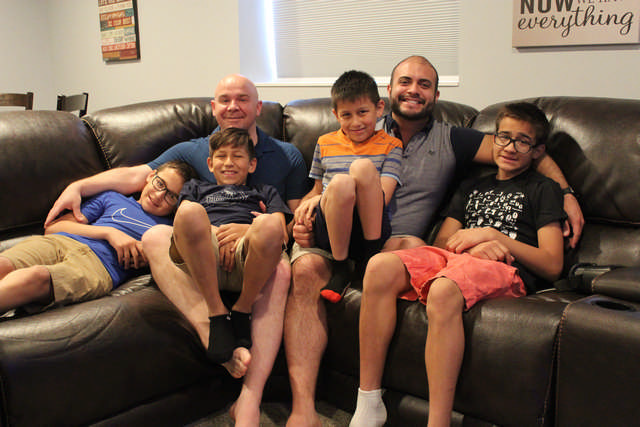 Nabozny, who works in community engagement for Sunrise Banks, originally hoped to parlay his love of helping others into a career as a young adult.

As part of his work with Sunrise, Nabozny spends a lot of time with the nonprofit community, engaging in volunteer work, and bringing volunteers from the bank into the community for charitable purposes. Jamie and Bo also offer their time and resources to the Family Equality Council, a nonprofit offering legal resources to GLBT families. But one of the primary catalysts for Jamie’s socially conscious work was a period of personal pain and tragedy in his youth. 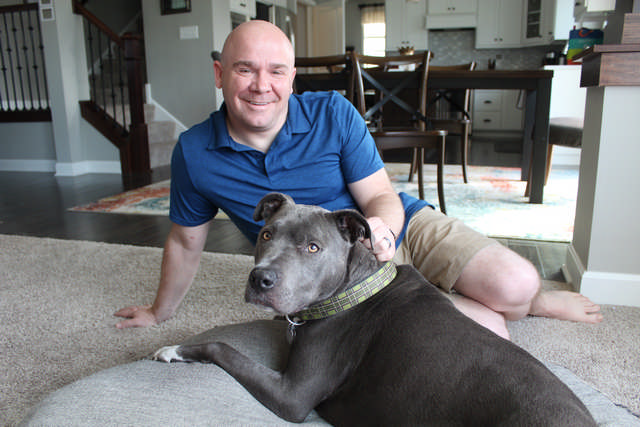 “I grew up in Ashland, Wisconsin, and I was targeted from a very early age because kids thought that I was gay,” said Nabozny. “That harassment eventually got so bad that the last time that I got beat up, I was hospitalized. With the help of Lambda Legal, I filed a lawsuit in federal court for them failing to protect me because of my sexual orientation and my gender.”

The case, Nabozny v. Podlesny, was eventually heard in the seventh circuit of the U.S. Court of Appeals, with a jury determining that school officials had failed to protect Nabozny from bullying and harassment. The outcome of the case had a far-reaching effect nationwide in how schools protect children from harassment, with the U.S. Department of Education enforcing a Title IX mandate for schools to provide a safe and welcoming environment for students, including GLBT children.

“The experience that I had in high school definitely shaped who I am, and part of the reason that I wanted to be a social worker was because of that experience,” said Nabozny. “I’m a people person, I love people, and that’s why I had a lot of success in banking. And now I get to combine those two passions at Sunrise Banks, where I get to be… a social worker who happens to work for a bank.” 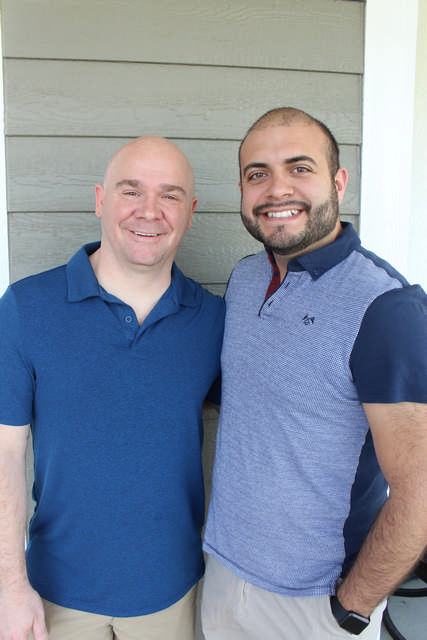 Jamie Nabozny, left, and his husband Bo, right, have been together for a decade. Photo by Chris Tarbox

Now having lived in the Twin Cities area since he was 17, Nabozny rebuilt his life both professionally and personally. Ten years ago, Jamie met Bo in a fashion becoming more and more the norm.

“We met the old-fashioned way: on a physical computer. We did not meet on a phone. We met on a dating site over ten years ago,” said Jamie. “This is actually our ten year anniversary. We got married in Minnesota before it was legal, because we didn’t think it would be for a long time. And the very next year, it became legal.”

Bo, who works for the commercial real estate company CBRE, didn’t mince words when it came to describing Jamie as a father and a husband.

“He’s been an amazing dad,” said Bo. “He’s so caring, giving, wants to make sure that everybody’s included. He’s just loving, that’s what it comes down to.”

And there was more than enough love to go around, which led to Jamie and Bo deciding to adopt. The couple moved to Brooklyn Park to start a family, and are now the proud parents of four boys: AJ, Val, Juan, and Brandon.

“We got them in batches of two,” said Jamie. “One of the reasons we wanted to adopt a sibling group was because we wanted to do one adoption and be done. We adopted Brandon and Juan, and then over the course of a year, we got to know their brothers, and then we were approached to ask if we could bring their brothers back together and adopt the older two, and we had absolutely zero issues with saying yes.”

Although Jamie—”Dad” to the boys—and Bo—better known as “Papi”— are thrilled to be raising their sons—as well as their dog Tino—Jamie admitted that there can be obstacles on the road to being a gay parent.

“I would say 98 percent of the time, things are really smooth,” said Jamie. “The things that worry us are more of the legal matters, and also traveling. It’s something we think quite a bit about: if we take a vacation, where are we going to go, what documents we need to bring to prove that we’re their parents. Those are types of things that straight couples would never have to worry about.”

Luckily, Jamie and Bo gushed over their community’s acceptance of their family, with Jamie describing it as “acceptance beyond our wildest dreams.” Jamie’s parents also live with the family to help raise the boys due to Jamie and Bo’s jobs, and while the couple are certainly basking in the bliss of family, they’re not slowing down on fighting for families like them.

“We fight for other queer families by donating money to organizations who support families like ours,” said Jamie. “We pay attention to what’s happening both in the state of Minnesota and around the country as far as laws that are being proposed, both for and against our families. (Staying aware) is just a big part of staying on top of things, and making sure that bad things don’t happen to families like ours.”