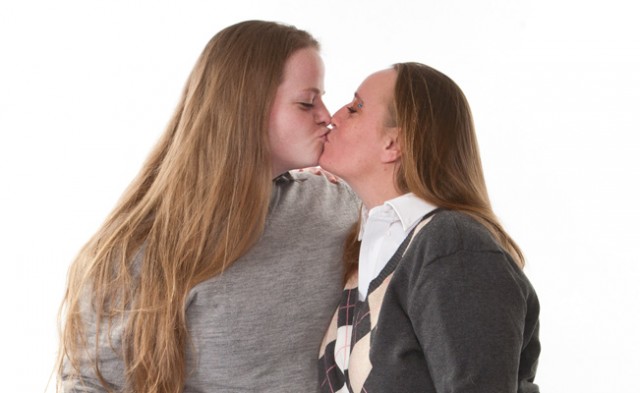 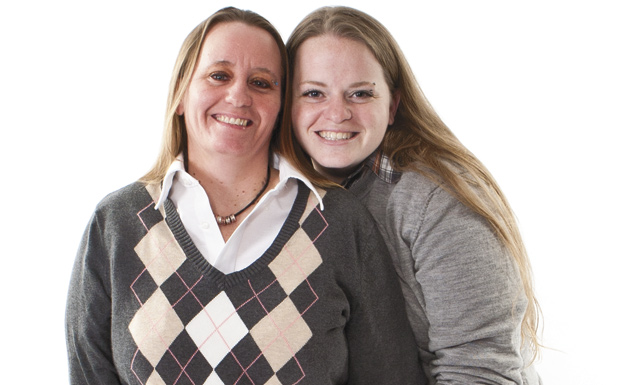 It’s one of those stories, one where I convince you that there is such a thing as love at first sight. A story that may not have began from the start but will surely last a lifetime. Theresa McGovern and Tina LaCasse met each other as two taken straight women while playing in a softball tournament in Duluth. “When I saw Tina, I instantly was drawn to her,” Theresa confidently confessed with a warm smile. Fifteen years apart in age but they could not neglect the connection between one another. That first night up north, Tina and Theresa got to know each other strolling together through the outdoors and beauties of Duluth. With the chill in the air, a fire was made. “She cut down a tree, now who wouldn’t fall in love with that?” Tina explained through her laughter. As the fire grew, the more inseparable they became. Whether it was the coldness of the weather or the warmth of that fire which drew them so close that night whatever it was, they’ve never parted since.

After their softball tournament, not a day went by that the two did not see each other. Months passed and their friendship enviably shifted into other stronger feelings and denial was no longer an option. The shock of having those type of feelings towards another woman was a life-changing endeavor in itself, but both Tina and Theresa knew those feelings were ones not to be ignored. Tina, a mother of two and wife to her husband, had the concerns of her family to protect as well as the pressures of coming out to everyone as a lesbian. Shortly after, Tina’s grandmother had passed away. Theresa, however, was not allowed to attend the funeral while Tina’s family was still adjusting to the situation of their relationship. In time, Tina and Theresa’s parents were each supportive and only wanted happiness for their daughters. Likewise, when Theresa’s parents passed away four months apart from each other, Tina was her encouragement. Their relationship has survived through age difference, divorce, confusion, and death. Through all the chaos, they found sanity in each other. After seven years of being together, Tina and Theresa see a wedding and children in the future.  “I wouldn’t change a thing. I am happy with that side of my life, and now look what I get,” Tina tells me as she stares directly at Theresa with a loving grin. It was the fire that drew them close, and the fire between them now that keeps them together to this day. Life may not wait for you to start, but there are things in life that are waiting for you to find.