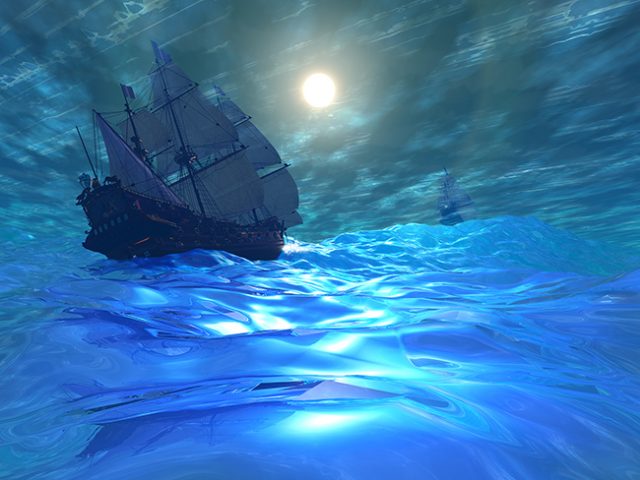 Several years ago—back in what were normal times—I bought a silver bracelet at an art fair. The bracelet (thick, dull, and nondescript) ordinarily wouldn’t have been something that I’d give a second thought to. However, there was an inscription on the band that grabbed me, and in the time that I’ve owned it, this bracelet has become my favorite out of many silver things in my jewelry box.

The bracelet’s inscription reads A Smooth Sea Never Made a Skilled Sailor.

While I’m certainly not a sailor, the words quoted above have become important to me, especially of late.

Along with all of you, I’ve found that 2020 has been a particularly unsmooth sea and time. As we prepare to cast off from it—hopefully to much better waters—I have some observations.

Before I get started, please understand that I’m wrestling with a darn editorial deadline, meaning that I don’t know the outcome of the presidential election. As I compose this, the election is still two weeks away , but polling and other indicators strongly suggest that Blue might very well prevail over Red. If that in fact is what occurs, then some of what follows might well be for naught. Thankfully.

Still, let me say the following.

First, 2020 has sucked. I was alive in 1968, another time of massive, one incredible thing after another incredible thing— turbulence, and I don’t recall that year being nearly this bad. Of course, in 2020 we’ve had a president who relishes dividing us with chaos and marginalization. In contrast, we haven’t had the massive killings like in 1968 (think Tet in Vietnam and the assassinations of Dr. King and Bobby Kennedy).

On the other hand, there are 225,000 Americans dead from COVID, with some estimating that said number would be much, much lower had the present administration decided to listen to science.

Second, on Memorial Day, my fellow Twin Citians and I, along with the world at large, were vividly reminded about how hundreds of years of racial injustice and oppression can suddenly compress into eight minutes and forty-six seconds to transform a nation’s consciousness and soul. Like a lightning bolt to a thousand gallons of gasoline, America has been ignited—in a good way. With my work around human inclusivity and the effects of skin color prejudice, I’m witnessing how white-color people are motivated to understand structural racism and get things right like never before.

I call that “hope.” You should too.

Third, for a good decade, we’ve been in a horrible period of full-throated economic inequality. I can’t recall a period when the differences between the “haves” and “have nots” were more pronounced. I’m extremely lucky in how things have fallen my way and understand the need to quickly make things more equitable. I’m certain that many others with privilege are willing to do the same, assuming that dollars used to level the economic playing field are spent more smartly than in the past.

Lastly, what’s also made for a not-so-smooth sea has been a general fear that we might not be able to alter the global environmental course we humans find ourselves on—climate change, community-swallowing firestorms, deforestation, destruction of the oceans, and our general disconnect from nature. This is where younger humans come into play: you are the ones to push for big, massive ideas like the Green New Deal. I urge you to do that pushing without abandon.

Some might say that 2020 was the year in which the S.S. America finally struck an iceberg with fatal precision. If the presidential election keeps the current occupant in office, I’d agree that that proposition. Hell, unless there’s a Blue landslide, with so many of our countrymen arming themselves, who knows what the national situation may be even just a couple months from now.

With Thanksgiving just ahead, I’m gathering gratitude. Not to jinx things, but I’ve been lucky enough to stay healthy, as have those I love. It appears that my diversity and inclusion training/consulting business will survive the pandemic. Most of all, I am loved by many, who remind me of that with great frequency.

What will you do in these troubled waters?

Will you abandon ship, putting off in a lifeboat thinking of just you and yours?

Or will you tack into the storm and hang in, working to make America and the world better? The answers to these two questions will determine our collective fate.

If you know me, you’ll have no doubt about the course I’m taking.