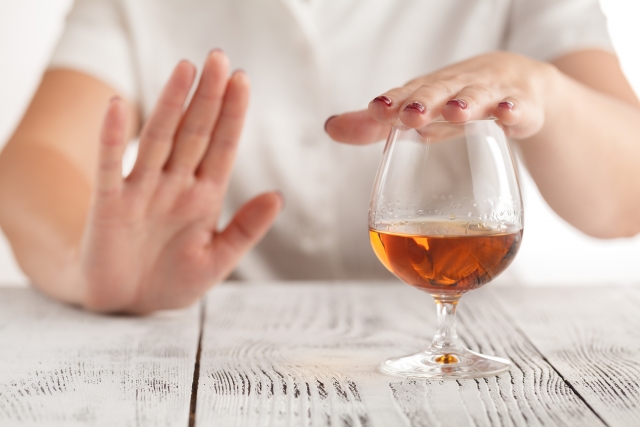 If I make it to June 28 (a few days after this year’s Pride Weekend) without taking a drink, I will have been sober for three years. In fact, the last time I had any alcohol was at about eleven o’clock on the morning of Pride Sunday 2015 while watching the parade in downtown Minneapolis. Now mind you, I can’t say what that last drink was given that I’d blacked out by then.

Yes, it was a bad, bad drink. It had me puking for the next 24 hours and even now, nearly three years later, memories of that day trigger a definite gag reflex.

I’ve been told that to do it right, I should never volunteer about my sobriety; rather, as others have instructed, the length of your sobriety is the kind of thing to keep to one’s self lest you might appear preachy or condescending.

I don’t subscribe to that theory. Sharing about my sobriety helps me stay sober since it reinforces my resolve. Even more, when I tell others that I’m sober, I feel as if I’ve become accountable to them. All of this makes it less likely that I’ll end up on a bar stool somewhere.

I’m also acutely aware that with Pride Weekend coming up, talking about alcoholism is a total Debbie Downer. We GLBTQ folks are quite the partiers and for many, booze is the vehicle to happy things—friendship, community and sex. I get that. For sure, I’m not here to tell anyone that they need to change relative to alcohol. That’s way too personal.

Still, let me share what it’s been like to not drink after having been a longtime drunk.

Certainly, it’s gotten easier. The first few months were near-impossible as I fought daily four o’clock booze pangs while my brain rewired to not crave alcohol. For the most part, those pangs have evaporated, and I can now sit in a bar with an imbibing friend without feeling the urge to drink.

It’s also become way easier to deal with what had caused me to drink in the first place. I’m alone and I drank to numb the pain over losing love in my life. For 32 years (dating all the way back to high school freshman year), I had been with my soul mate, Lydia. I lost her when I started down the road to transitioning genders and ever since, I’ve had a huge hole in my heart.

Alcohol was my way of coping with that heartache. It was readily available, reliable, and helped lift my spirits when needed. Until when it didn’t.

The problem with using booze to salve one’s emotional wounds is that while it produces highs, it also creates lows; after all, you’ll eventually sober up. And every time I awoke from a drunk, the hole in my heart was still there. Often the pain was compounded by something incredibly stupid that I did or said while drunk. In the end, drinking simply exacerbated my emotional pain.

God, it took so long to learn that lesson.

Now, as sober Ellie, and even though it’s counterintuitive, dealing with the loneliness has gotten easier without alcohol. The pain is still there, but without the wild gyrations of highs and lows, it’s much easier to manage. (Trust me, though, I still have moments where the heartache can become difficult.)

On the flip side, being sober has isolated me since I’ve lost all my drinking pals and find myself less willing to hang out in places where alcohol is the reason for getting together. I’m still working on being more social; stay tuned.

Sobriety has also rippled to my lifelong (48 years) best friend, who got sober a year and a half after me. We’re now accountable to each other and know that if one went back to booze, there’s a strong likelihood the other would do so too. Knowing that a slip-up on my part could send him back to Jim Beam (his booze of choice) has kept me from drinking more than once.

And then there’s my 28-year-old daughter Kate who sent me a “Happy Soberversary” card last year. I had some idea that my sobriety was important to her, but the card made clear that she was totally invested in me no longer being a drunk. So now, on those moments when I think of how a tall crisp glass of chardonnay would be nice, I also think of disappointing my beloved Kate—something that I never, ever want to do.

I never thought I could get here. I’m grateful that I did.