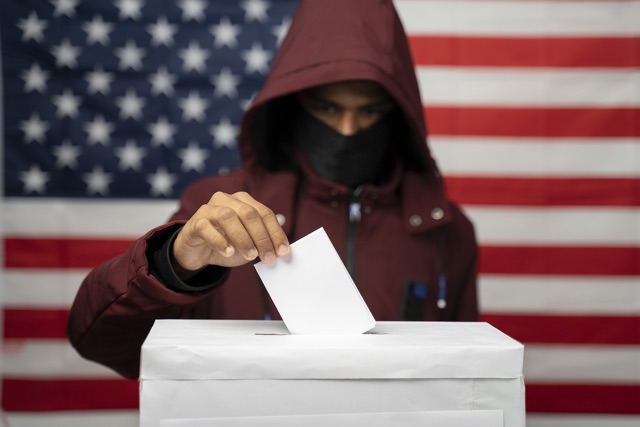 Photo by of BigStock/lakshmi Prasad

At least that’s the position of President Trump and his Office of Management and Budget, when last month they called my work, and that of other diversity and inclusion practitioners who teach about  this country’s racist past— “divisive, anti-American propaganda.”

As a result of that pronouncement, from here on out, the government will ban anti-racist training for the 2.1 million who make up the federal workforce. That means a couple million public servants won’t be taught how to avoid further harming people who’ve been marginalized for hundreds  of years.

Two days later, the president Tweeted that he’ll sanction any school district that offered “1619 Project” teachings to students. As you may know, “The 1619 Project,” the brain-child of journalist  Nikole Hannah-Jones, is an initiative of The New York Times Magazine that teaches about America’s  history of enslaving black people. Hannah-Jones won a Pulitzer Prize for her work on the initiative.

A couple weeks after the President’s latest announcement, a panel of white-color academicians decried how American history has been twisted to make our country look bad. As reported by NBC  News, the president lamented that schools were teaching “hateful lies about this country,” which  amounted to “a form of child abuse in the truest sense of those words.” He then said he planned to  establish a “1776 Commission” to support patriotic education.

The president explained, “Our youths [sic] will be taught to love America with all their heart and all of their souls.”

There you have it: the only way to love our country is to totally ignore its history of enslaving, lynching, terrorizing, and killing. Why in the world would we want to remind anyone of  that sad stuff? After all, in 2020, we’re way past racist views and actions, right?

If the above wasn’t bad enough, the real scary thing is that a good 40 percent of America is in lockstep with President Trump and his enablers on ignoring and revising history. How can we make  progress in changing things if four in ten people simply refuse to sit and listen or believe?

For me, an idealistic transgender woman, all of this is extremely personal. As I’ve written before, since 2016, the federal government and many states have explicitly targeted transgender people— entirely with the hope of erasing us from society’s public view.

To add more perspective, this will be my last column before the November 3 presidential election. Many of you reading this are part of the “choir,” and get the significance of the election for America’s future. However, others may fear that with a change in administrations, their 401K accounts will suffer or that somehow, the country will descend into lawlessness and anarchy.

Let me further remind you, members of the LGBTQ “family” and its allies: a long, ugly part of  America’s history is that we—queer people—were considered pariahs, lesser than human. Stonewall  occurred only because we were willing to say “No more” to police harassment and assaults. The riots  were the start of us demanding equality.

What happens when the history-deniers turn their attention to us? With what appears to be an inevitable conservative-majority Supreme Court, how much easier will it be to roll back the progress  we’ve made since 1969?

If you can manipulate history, you can manipulate anything.  Several columns ago, I wrote that the fate of the Republic depends on what happens on  November 3rd.  Please remember the stakes when you step into the polling booth or complete your mail-in  ballot. I’m desperately depending on it.

Ellen (Ellie) Krug, the author of Getting to Ellen: A Memoir about Love, Honesty and Gender Change, speaks and trains on  diversity and inclusion topics; visit www.elliekrug.com where you can also sign-up for her monthly e-newsletter, The Ripple. She  welcomes your comments at [email protected].