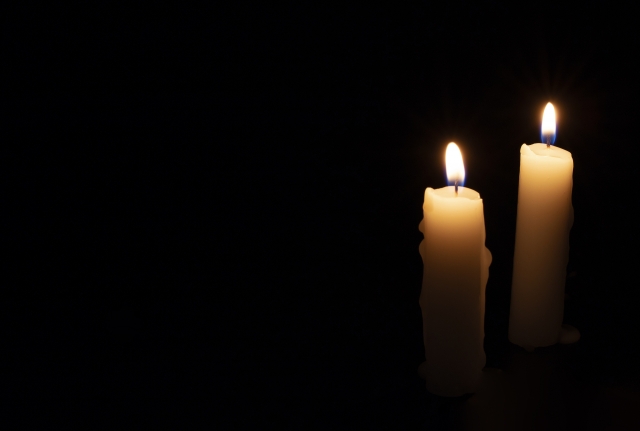 The first time I ever met someone with a “positive” HIV status was in the early 2000s. His name was Doug; he was middle-aged, well-read, and introverted. He told me midway through lunch at a funky restaurant off the ped mall in Iowa City. At the time, I still presented as a cisgender man thinking that I was “just” gay with a panty fetish.

I had known Doug for several months—we served together on the board of a GLBT organization. I thought he was cute, partly because of how particular he was in organizing our meetings. Yet, as shallow and ignorant as it was, my heart sank with Doug’s revelation. Because I couldn’t fathom taking the risk, his being positive immediately took him out of the running as a potential date.

In the last several weeks, I’ve been remembering what it was like bumping up against HIV/AIDS decades ago. My reflecting started with re-watching the 1993 movie Philadelphia, in which Tom Hanks stars as Andrew Beckett, a young closeted associate at a fictional blueblood Philadelphia law firm who attempts to hide that he’s dying of AIDS. Suspecting that Andrew is gay and ill, the law firm fires him. Eventually, Andrew finds a lawyer, Joe Miller, played by Denzel Washington, who takes the case to trial and wins. The victory comes only hours before Andrew passes away.

After that, I went back even further—to Freddie Mercury and Queen during the 1985 Live Aid concert. It’s the same performance that bookends the movie, Bohemian Rhapsody, and has Freddie Mercury (either in person or brilliantly portrayed by Rami Malek in the movie) giving a mesmerizing performance—full of life and vigor, on top of the world. It’s all quite bittersweet to watch, given we know now that Mercury would die of AIDS-related pneumonia six years later.

Like Freddie Mercury for much of his life and the fictional Andrew Beckett in Philadelphia, I too was closeted during the 1980s and ‘90s. Part of what kept me in the closet—I was married at the time but never acted on my fantasies about men until my marriage ended—was the fear of contracting HIV/AIDS. Not only didn’t I want to die, but I also didn’t want to kill my wife and make our two little girls orphans.

This was the mindset “back then.” One sexual mistake could dramatically shorten your life. On top of that, there was the stigma—of not only being gay, but of dying from what much of the country viewed as a “lifestyle choice.” (Indeed, that was partly the fictional law firm’s defense in Philadelphia.)

Today, of course, things are different in America and other First World countries. For those living with HIV, it’s no longer the death sentence it once was. I know several people who are positive who appear to be living active full lives with the expectation of a normal lifespan.

Still, despite PrEP and HIV treatments that work, HIV/AIDS remains prevalent and for some populations, the disease is increasing in incidence. According to the latest Centers for Disease Control and Prevention statistics (which cover 2012-2016), while HIV transmission decreased or remained stable for most age groups, the rate of infection increased for persons aged 25-29. Additionally, the death rate from HIV-related complications and AIDS increased for persons 60-64 and 65 and older. This happens to be precisely my age range.

In an era of extraordinary budget deficits engineered by a government filled with religious nationalists, there’s a huge potential that funding for HIV/AIDS prevention and treatment will be cut significantly. In fact, the federal 2018-19 budget line item for HIV/AIDS prevention and treatment is approximately three percent less than the prior year. Does this represent the beginning of a trend with this administration?

Against this backdrop, at age 62, I continue to date both men and women. It’s a real crapshoot in many ways—you have people with a myriad of romantic and sexual histories spanning decades. I find it nearly impossible to ask a partner to undergo STD panel testing and report back with the results before engaging in intimacy. For the most part, folks my age who want to date play some degree of roulette. The above numbers about an increased death rate for my age group may very well illustrate that reality.

In the meantime, we have many younger folks who have no idea of what it was like to sit and listen to a loved one or friend confide that they’ve been diagnosed with HIV. They have no sense of the utter panic that existed for some humans thirty years ago.

I hope that continues to be the case.