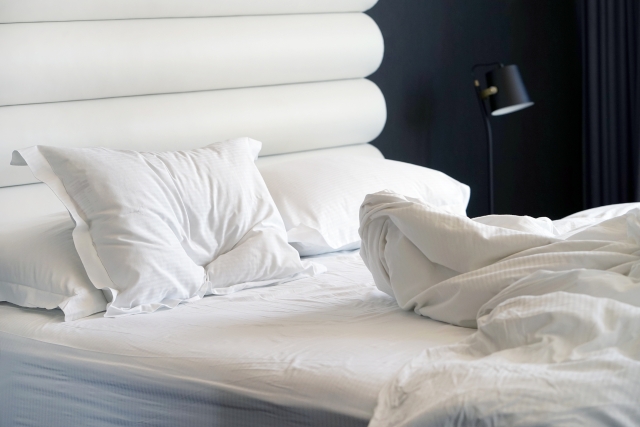 Warning: you’ll probably want to file this under “TMI.”

I’m going to talk about sex, or more precisely, my lack of it. Woe is me.

Several years ago, I met a vibrant young woman—I’ll call her “K”—who was in her early twenties; over drinks one night with several other women (including me), she talked about her “magic number.” Before that, I had no idea what “magic number” meant but I quickly realized it was a tally of the men with whom she’d had sex.

With a half-empty wine glass in hand, K announced, “I think my magic number is twenty-two,” only to pause with a scrunch. “Wait a minute,” she added, “It might actually be twenty-three.”

Sensing that the askew looks of several at the table might indicate negative judgment, K quickly followed-up with, “Do you think that’s bad? Is that too many?”

In case you’re curious, a recent survey of sexually active adults indicates they generally accept that “ten” is the best possible magic number for their long-term partner—it’s apparently not too many (to weed out the prolific) or too few (no one wants a total novice).

Now, let’s shift to moi, whose magic number is quite dismal.

The backstory: for most of my life, I presented as male and ostensibly attracted only to women. Indeed, I began dating my eventual wife, Lydia, in high school and within a year or so, things had progressed to “home base” (hey, back then you didn’t rush into sex and it didn’t help that she was Missouri Synod Lutheran).

Even though I had been secretly dressing in my sister’s underwear since I was eleven (a fact I’m not proud of but it’s the truth), I had thought that fantasies about being a girl would go away once I started having sex. In fact, they did disappear only to show up again several months down the road.

When the fantasies returned, they were more intense than ever; only now, they were accompanied by something new: the idea of having sex with the high school football team offensive tackle.

I thought all of this would evaporate as life took its course with law school, marriage to Lydia, children and a demanding civil trial practice.

But the fantasies never did go away. I couldn’t get out of my head the idea of a man adoring me as a woman while I stood before him wearing pretty white cotton bikini panties.

What I had fantasized about is now real—I finally have the body of a woman and scores of delightful white cotton bikini panties. The only thing missing is a man to adore me.

To date—nearly eight years after my gender confirmation surgery—I’ve racked up a magic number of exactly two and a half. (If you ever see me on the street, feel free to ask about the “half.”)

I’m not at all happy about my magic number. Yet, at my age (61), there’s not a whole lot I can do about adding to it.

As I’ve written before, neither Match.com or Plenty of Fish seems to work at all for me (or other transgender humans). Until recently, Craigslist made it easy to connect with men who are accepting of transgender women, but now that’s gone due to government regulation.

Which leaves Tinder. What a crapshoot there.

It’s also not that I haven’t met men; indeed, I have. The problem is that notwithstanding the ever-present goal to up my magic number, I’m also quite picky. I have this silly notion that if I’m going to sleep with someone, they need to be relatively smart, fairly good looking, and able to make me laugh.

I know, call me a hopeless romantic. And, also totally and utterly naïve.

There’s another problem in that I don’t “pass” as female 100 percent due to my still way-too-masculine voice—for some men, this is a real dealbreaker. It’s just one more obstacle in adding to my magic number.

On top of all of this is my outright envy, even jealousy, over the many genetic females and way younger trans women who have their relative picks of men and ease of adding to their magic numbers. It certainly doesn’t seem fair at all. I worked so hard my entire life to get here, to the real me, and there’s no one to enjoy me with.

Yet, as I know, that’s the way life is—unfair, even arbitrary.

Still, I have absolutely no regrets. Besides, I really love wearing white cotton bikini panties even if there’s no one to see me in them.