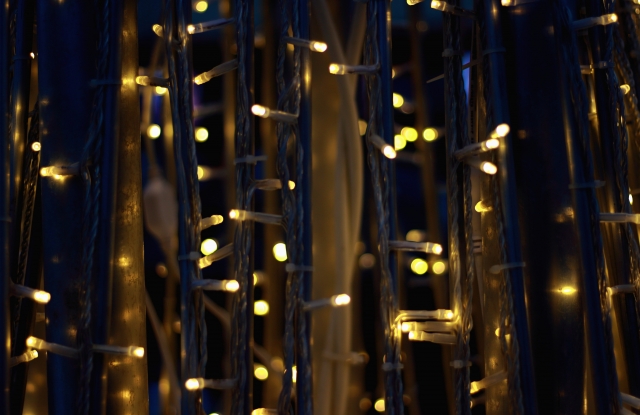 A couple months ago, I was contacted by a researcher who asked whether the ways I celebrate Thanksgiving and Christmas have changed since I came out as transgender. My reply was yes, there’s been a big change: all holidays—especially Christmas—have lost their luster because of how they’ve become reminders of what I’ve lost.

Now the holidays are something for me to dread.

As many know, I came to this party awfully late. I didn’t begin to deal with my sexual and gender identity issues until I was in my late forties; I was 52 when I formally transitioned genders and introduced “Ellie” to the world. Before then, I had lived an incredibly charmed life while presenting as an ostensibly straight man.

My wife Lydia and I, high school sweethearts, grew up in Cedar Rapids dreaming of a life together. Even as teens, we had a “Grand Plan”, where I would become a trial lawyer, she a retail clothes buyer, and together we’d live in a big house raising our kids, along with a big dog. Incredibly, all of what we dreamt came to fruition in a magnificent way.

Our 70-year-old house on Knollwood Drive was in a neighborhood of quiet streets, expansive lawns, and towering oaks. We bought the ugly duckling of the neighborhood—it was such an eyesore with overgrown evergreens and a dilapidated front porch—and with much elbow grease and money, transformed it into a beautiful bird. Before everything in our marriage fell apart, the house had undergone three major remodels, including a 1,200 square-foot two story addition.

Hanging in the dining room of the Knollwood house was a wonderful chandelier of gold and lights. A part of the room was framed by oak wainscoting; rumor had it that Cedar Rapids native son Grant Wood was the carpenter who installed the paneling. A bank of windows faced a quarter-acre lawn with old growth trees and a patch of wild flowers.

When I think of the Knollwood house and my old life, I remember the holiday meals that unfolded in that dining room. Ours was the holiday destination for many and it was common to have fifteen or more people around the table laughing, talking, being. The room would be filled with the sights and smells of turkey or ham, twice baked potatoes, green bean casserole, and fresh baked Texas rolls. Afterward, there would be desert coupled with Chardonnay and the comfort of being with my tribe—those who loved me unconditionally.

For the near two decades that I lived in the Knollwood house, I fought with myself daily over my same-sex attractions and the “silly” idea that I was female. It was a secret battle between heart and soul, between love for others and love of my authentic self. I engaged in that battle because I knew that if my secret pulls and tugs ever surfaced, I would lose all that I cherished, all that Lydia and I had built together.

When we had holiday dinners in the Knollwood house dining room, the war within me always found itself at a truce.

Seated at the dining room table, looking at my soul mate, Lydia, and our two young daughters, along with relatives and friends, I would remind myself it was for moments like that why I stayed true, why I self-sacrificed and why I could never, ever become the real me.

Look around you at this very moment. This is the reason we’re hanging on, Krug. How in the world could you ever leave all of this? Because of a stupid idea about being female and liking men? Never.

However, because authenticity will continue to shout at you until you listen, and because I eventually came to understand that I’d someday lay on my deathbed and regret not being me, I eventually found the courage to leave.

Christmas 2005 was the last time I ever had a holiday meal at the Knollwood house. By then, I had already moved out to begin my “gender journey.” Lydia and I were in a stalemate, trying desperately to find a way to salvage our love and nuclear family. I had stayed over on Christmas Eve (the last time I ever slept in that house) and the ensuing holiday meal in the dining room was bittersweet.

Since then, Christmas has become a time of loneliness and occasional despair. I turn down most invitations to relative or friends’ holiday dinners because I don’t want sit with others who have what I lost. I don’t need the reminder of what had once been.

I know that come every January, things will change for the better with the annual renewal of hope. Perhaps someday I will again find what I lost.