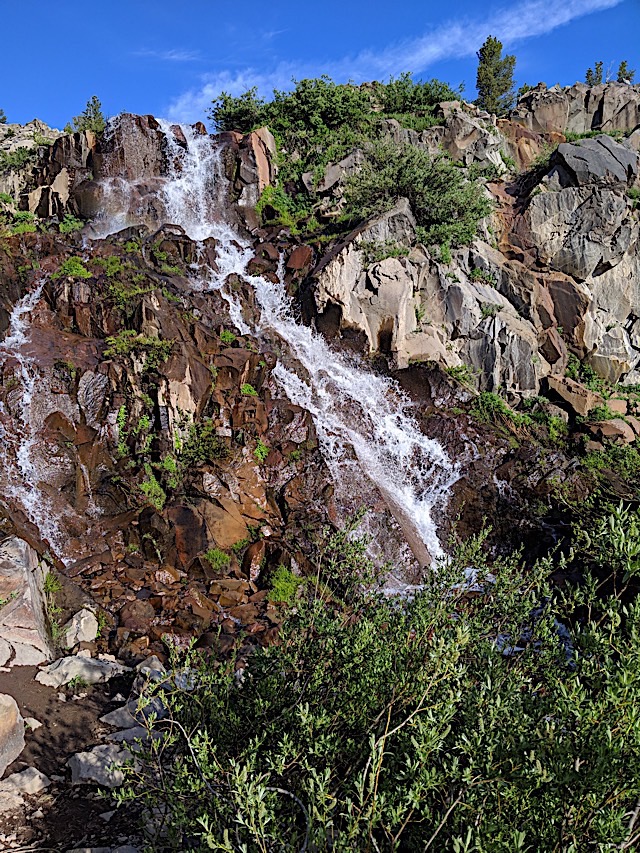 Note: This article will discuss eating-disorders and the ways in which life gets heavy. Please check-in with yourself before reading this to determine if it’s the best time to engage with this material.

For many of you, it is not news that transgender and non-binary people experience eating disorders at a disproportionately high rate. For example, a 2013 study found that transgender high school students were almost three times more likely than their cisgender peers to restrict their eating and almost nine times as likely to use diet pills. A 2020 study found that 23% of non-binary people reported restricting their diet in the past 28 days. 12.9% reported binge episodes and 7.4% reported excessive exercise.

These statistics read like samples taken from the bottom of a gully. They have cascaded. They have traveled. Raise your eyes and you find there are thousands of junctions that have led this water into this slump of land. Nature and human infrastructure thumbtack turns into the landscape. Water pivots around them. A series of rocks and concrete and an occasional deer carcass to divert it all. Who can say how we got here.

In these statistics I see my own life. A swirl of memories, beliefs, pressures, words, behaviors. Alone at midnight, scarfing down a pizza too large for my stomach. Cheeks that tingled and fingers that turned to cold slugs by 4:00 PM. Ten Milano cookie wrappers stuffed inside my backpack and seeded across several different trash cans. Believing my death will come from choking on Clif bars smothered in peanut butter covered. Each night agonizing over whether I want nothing or everything in my stomach

My eating disorder started as an earnest attempt to keep fat off my body. It wasn’t that I feared fatness as a concept – although society certainly has shed fatphobia all over my clothes and I am constantly pulling off the hairs. Rather, I feared the feminine shape that I thought fatness would bring. I believed my hips were winding rivers, flowing wherever they wanted to flow. I thought my face was stuffed with the down feathers of a swan, burying the features that I believed would better define me.

So, I did what I saw white men do – I turned my body into an engineering project. My hips could be channelized all the way to my knees. My face could be excavated down to androgynous bedrock. Anything that was flapping in the wind could be pulled taught and I would set sail for flatter ground.

To be fair, I probably would have stumbled into an eating disorder regardless of P90X. But P90X was a great way to camouflage mental distress for wellness and it gave me new tools to quantify my body with. Calories could be balanced. Scales could tell unknowable truths about bodies. My mind clung to these numbers. After a year of engaging in restrictive eating, I binged for the first time on a jar of dry, natural peanut butter. I immediately knew I wanted to do it again, despite an immense feeling of guilt – the buzz of energy was what my body craved. I also knew I would have to start exercising more to balance these binges out. The binges got bigger and the exercising got longer.

The cycle of binging and purging is all at once shameful, exhausting, and thrilling. Above all, for me, it is spiritual – my purpose each day became so clear. My routine would not bend for anyone or anything. But it became isolating, and I couldn’t shake the sense that these behaviors were no longer serving me.

Almost 10 years later and I still engage in some of these behaviors and they still don’t serve me. I’m sure most people can relate to holding onto things even when they harm us. But talking about it helps, and I don’t blame myself for trying to control my body. The part of me that believed in the salvation my eating disorder was ultimately trying to protect me.

We all need to make sense of this world and make sense of ourselves. Capitalism has cracked open space for corporations to exploit this uncertainty by selling promises of control – control over grades in school, control over energy, control over attractiveness, control over routine, control over future. But, as many of you have likely discovered for yourselves, control shrinks us. It causes us to see ourselves as individuals working against the forces of the universe.

That’s not to say there aren’t very valid reasons to control – many trans and non-binary folks are forced to control their appearance to ensure their safety. Many must find ways to mitigate feelings of gender dysphoria to live. I still do both. But what P90X has failed to teach me is that I am inextricably linked to others, to this universe. When I try to control my body, I end up controlling others or controlling forces of nature that cannot, or should not, be controlled.