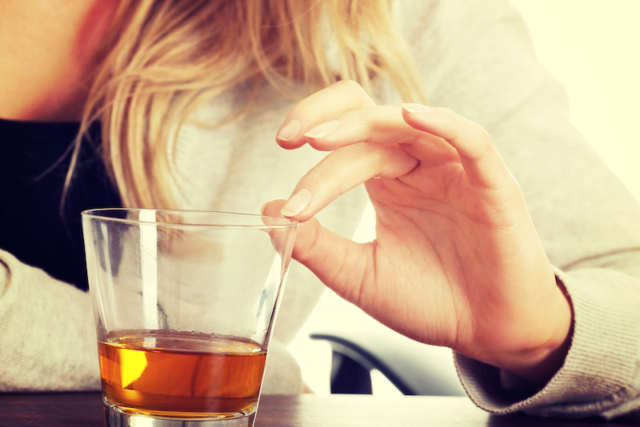 For someone with my alcohol-craving genes, being able to truthfully write those words is the equivalent of climbing Mt. Everest in a sports bra and running shorts. Without oxygen. I come from a long line of drunks, including a grandmother who died of liver failure in her mid-40s, and my father, who put a gun in his mouth at age 54 when his booze-triggered pancreatitis meant that he could no longer drink.

In the recovery community, my sober time is just a miniscule screen blip compared to those who have gone two or three or more decades sober. For the record, I’m in awe of those humans.

Still, I absolutely never thought that I’d get here. It’s taken ten years of trying (with many dry stints that never lasted beyond four months) for me to get to this point. I’m not quite sure why this attempt has taken hold (and as I write those words, I’m remembering that lest I forget, it really is one day at a time), but I’m not going to wonder for too long. Instead, I’ll simply keep going.

Or so that’s what I tell myself.

In case you’re wondering, I took my last drink on Pride Sunday, June 28, 2015, at about 11:30 a.m. at a bar on Hennepin Avenue, while watching the parade. Mind you, I can only approximate the time of that last drink; at some point that morning, I blacked out, and I’m sure the parade became quite irrelevant. Thankfully, a niece got me into a cab and then home, where I sprawled on my couch with bed-spins for the next 20 hours. I only got up to puke.

The ordeal, which I orchestrated entirely myself, was enough to cause me to swear off drinking forever.

So what have I learned in 10-plus months of sobriety?

For one, it really does get easier. My cravings for chardonnay (during the workweek, they began at about three in the afternoon; on weekends, I always wanted to drink at brunch time) have all but evaporated. I’m told that’s due to my brain being rewired, something which takes at least four months (there’s that time limit again) to even get started.

Amazingly, I can now drive past liquor stores and not even notice they exist.

Sobriety has also given me surprising degrees of clarity and consistency. I’m far less forgetful, way more even-keeled, and life’s ups and downs have become significantly easier to manage. That’s a good thing since, as of late, I’ve had quite a few more downs than ups. Yet, given that I now know I really do have the power to abstain, I don’t run to booze as a way of coping.

I’ve also found that Sober Ellie isn’t Supergirl; there’s only so long that I can sit at a bar with friends who are doing Tequila shots (and me drinking cranberry juice) before I have to run out of the place. One more minute, another moment of booze-induced merriment, and I’d be right back to having a grand old time.

Grand, up until where I’d black out and then do things I’d never remember but certainly would regret.

By the way, I sometimes still think that a nice full glass of Chateau St. Michelle would make everything perfect (or better). When those moments shoot into my brain, I remind myself that they’ll soon pass. And they always do.

Another thing I’ve discovered about sobriety: we all ripple to each other. I’ve made it a point to surround myself with sober people, some younger, some older. Each inspires me to stay the course; they also make me accountable for my own thoughts and actions.

But there’s more to it now. It turns out that I actually inspire others. In particular, a dear brother-like friend (and long-time drinking partner) is presently struggling to stay sober. That I’ve been sober shows him that it’s possible. Even more, I know that he’d lose faith in sobriety if, suddenly, I went back to booze.

As I said, it’s all about rippling. Maybe the words on this page are rippling to you, dear gentle reader?

Finally, I used to drink as a way of coping with my aloneness, which at times can be quite unbearable. With a couple of drinks in me, I wouldn’t feel so bad. The next day, of course, would be a totally different story.

Incredibly, being sober has even made it easier to be alone. I know that sounds counterintuitive, but it’s true.

Maybe I’ve finally figured out that there’s more to life than craving for another human to love. Or another drink to have.

Ellen (Ellie) Krug is the author of Getting to Ellen: A Memoir about Love, Honesty and Gender Change (2013) and a speaker/trainer on diversity and inclusion (www.elliekrug.com). She welcomes your comments at [email protected].