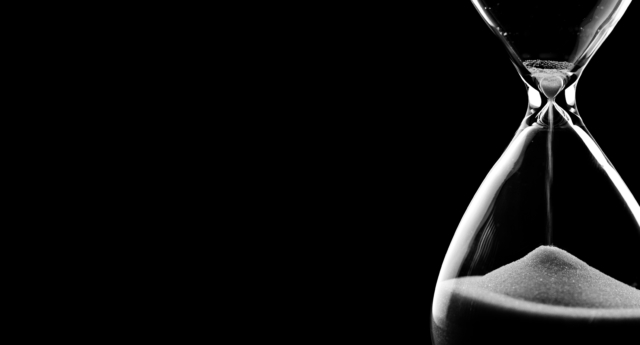 But not now. At 61, I’m thinking about death quite a bit.

It started gradually—first as a curiosity, really, where I began to note the ages of people who died. Hmm, I thought.

Later, the focus got more personal; I began doing “death gap math” where I calculated the difference in years between a decedent’s lifespan and my then-current age. For a long time, the death gap was a decent 20 or 25 years, but almost overnight, the gap began closing—soon it was 15 years, then ten, and just the other day I read about someone dying who was only a year older than me.

Crap. There’s so much more I want to accomplish before I go and clearly, time isn’t on my side.

News of certain deaths or serious illnesses close to home hasn’t helped, either.

I recently got word about the death of “Rachel,” a 69-year-old (an eight-year death gap) transgender friend who remained largely closeted and living as a married community leader named “Robert” (a pseudonym) in greater Minnesota. I had known Rachel for only two years but in that time, she had come out as her true self to her family (with mostly favorable results—her wife was incredibly supportive) and planned to go public in the near future. Then cancer struck.

I have another friend, a 56-year-old (a negative five-year potential death gap—yikes) woman who too is battling cancer. Not long ago, her husband outlined all the tests, cancer cell genetic mapping regimens, and highly expensive therapies they’re doing to keep her alive. He’s a lawyer and pushing all kinds of buttons and people (and drawing on big cash reserves) to make sure no possibility goes unchecked.

I thought to myself, I have no one to push buttons for me. I’d be sunk.

In my clearer moments, I remember Buddhist teachings that everyone really is alone and that fretting about death simply is needless suffering over something about which no one has any control.

Because I’m also a planner, I recently revised my will and took out yet another life insurance policy to provide in small ways for the many people who’ve been good to me. It won’t be much per person, but still, leaving something for someone may be a way of sparking them to pay it forward—a concept that’s dear to me.

I’ve also composed “last letters” (to be held until after I croak) to a dozen or so humans where I wrote about how much they’ve mattered to me and thanked them for loving me unconditionally. Yep, in addition to being neurotic, I’m also quite sentimental.

It’s not that I’m necessarily afraid of death. I’ve had good life—actually, by all accounts, I’ve had two incredibly good lives. One was for nearly 53 years presenting as a man where I had all the love, material possessions, community stature, and money that anyone could ever ask for.

The other, beginning in 2009, was as me, the real me, a woman who gets to do all the things that were impossible when I presented as male. Things like writing a memoir, or being a GLBT columnist or radio host, or having the privilege of speaking across the country about what it means to live authentically with a message of compassion for others and for one’s self.

Yes, it’s been a good long throw, that is for sure.

Still, it seems like just yesterday when I was a teen boy imagining what a good long life would bring. Back then I couldn’t even fathom the idea of sitting in 2018 writing this column as a mature (don’t you dare think “senior”) woman nicknamed Ellie.

I guess that’s the thing about living and dying—you just never know what either will bring or how any of it will unfold.

Until that last breath comes, some more sex would be nice. So too would be finishing the second installment of my memoir trilogy (yes, I am working on Book Two). It’d even be great to hear, “I love you,” from a romantic partner once more before I pass.

Regardless, I’m not sitting around fixated on death gap math.

At least most of the time, that is.