Second Time Is A Charm 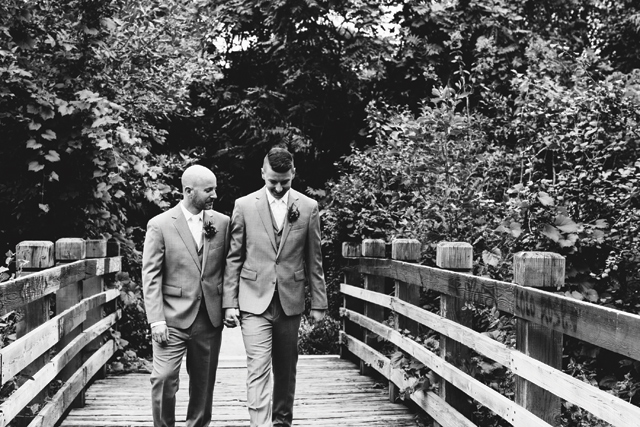 Benjamin Sugam and Zach Danekas discuss their relationship, a magical fall wedding, and what made them fall in love in the first place.

Sometimes, the best stories take a couple of attempts before they really get started, as is the case for the love story of Benjamin Sugam and Zach Danekas. After Danekas reached out to Sugam online, he was met with no response. But the persistent coffee shop manager didn’t give up after that. Danekas messaged Sugam a few months later, and he finally got the response he was looking for.

“We call our meeting story ‘Second Time is a Charm,'” jokes Danekas. 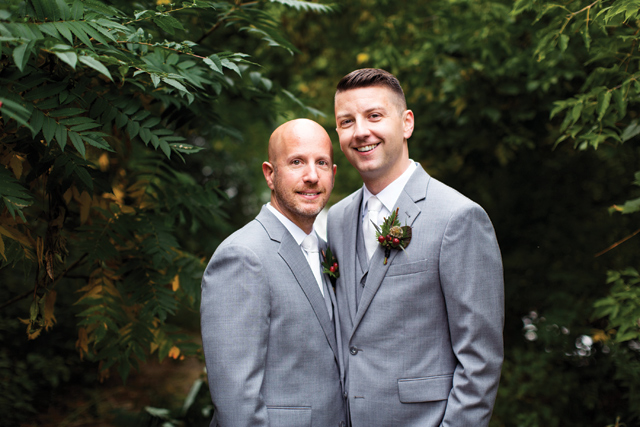 “The first time we met, Ben (who is a baker) sent scratch-made gingerbread cookies he had just made earlier in the day home with me. It was for sure love at first sight… and first cookie,” Danekas says, reflecting on his own passion: eating.

The happy couple got engaged in December 2018 at The Copper Hen, when Sugam proposed to Danekas while they were at dinner at one of their favorite restaurants—seemingly an ordinary evening. The restaurant was also the location of their first date, and the waitress was the same one they had on their first date. 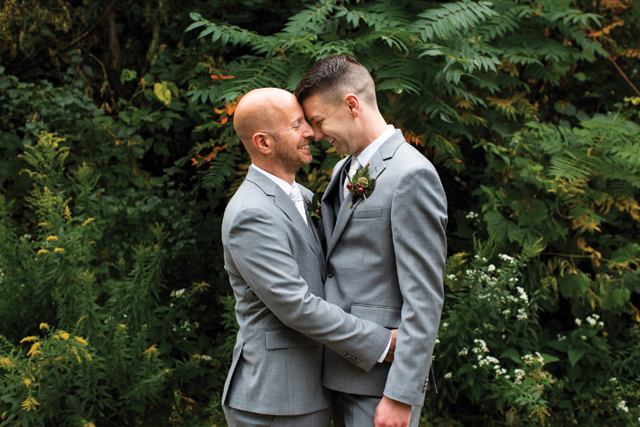 Their wedding, which was on a perfect autumn day on Sept. 7, 2019, was an intimate gathering of close friends and family. They started the day with their dog, Sota, in their downtown Minneapolis home. The ceremony took place outside on the patio of Aster Cafe, with the Minneapolis skyline and the charming St. Anthony Main riverfront as the backdrop. Danekas’ sister, Ashley, officiated the wedding, putting an extra emphasis on the intimacy of the special day. The reception was also at Aster Cafe, starting with a cocktail hour on the patio, followed by toasts and dinner inside, and ending with s’mores over an open fire and dancing outside.

“After many months of planning and decisions and feeling the stress of all the things that go into a single day, it was so incredible to just be able to finally have our day and celebrate together,” Sugam says. “I underestimated how nice it would be to have all of our family and friends together in one place—and especially to reconnect with those that we don’t get to see very often.”

Like Sugam, Danekas says he was filled with happiness, excitement, and love while being surrounded with all of his friends, family, and especially his new husband. 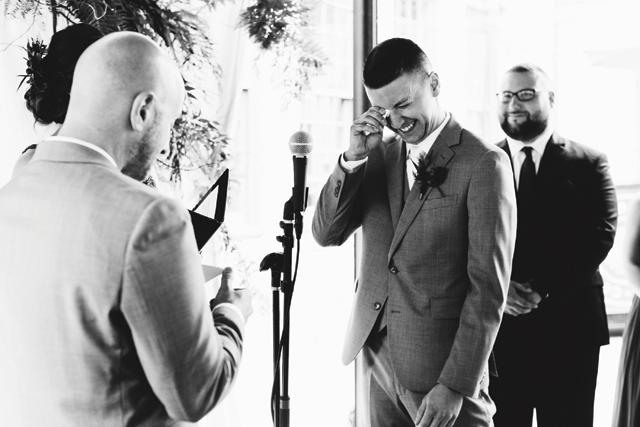 “Our wedding day was the most magical day ever… seriously! I have never felt so much love, happiness, or excitement in one single day. Having our entire family and closest friends with us to celebrate the beginning of our marriage and our love for each other was the most special feeling in the world,” Danekas shares. “There were so many moments throughout the day that I just wanted to stop and freeze time to remember that exact feeling forever. It was pure happiness and joy mixed with excitement and love.”

And now Sugam and Danekas get to bask in that endless happiness, excitement, and love every day for the rest of their lives. Good thing Danekas was persistent!