Salt And Pepper Say “I Do” 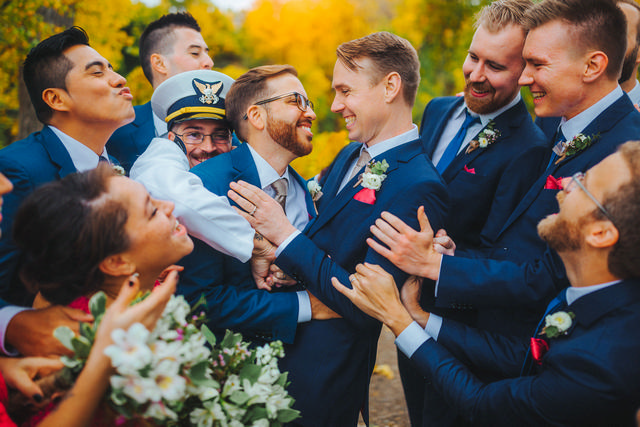 Ryan LaBoy and Joel Bergeland prove why opposites attract (and then get married).

It might have been anything but love at first sight for Ryan LaBoy and Joel Bergeland, but three years after their first date, the unlikely couple tied the knot and in doing so, proved why opposites do indeed attract.

“Joel grew up in the suburbs of Minneapolis, and I grew up in upstate New York—let’s just say we have different styles of communication and conflict resolution! We’re like salt and pepper, and as one of Joel’s friends puts it. We ‘see each other’s blind spots,'” LaBoy says. 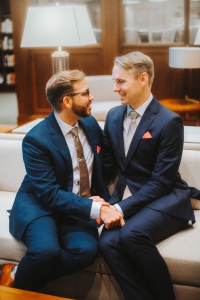 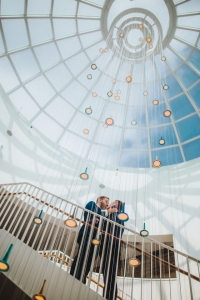 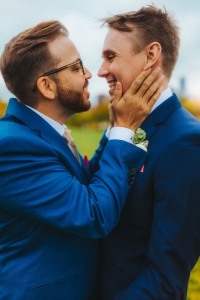 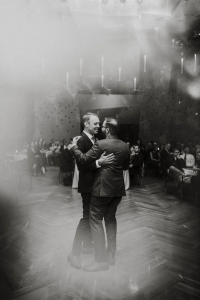 LaBoy and Bergeland met through a mutual friend who was also Bergeland’s roommate in graduate school in Connecticut. She and Bergeland both moved to Minneapolis around the same time, and she then met LaBoy soon after as they were both choral conductors. She immediately suggested the two go on a date, so they met at Five Watt Coffee on the morning of Oct. 13, 2015.

“Despite having matching eyebrow piercings and being disappointed in our coffee orders that morning, we both walked away from our first date unsure of whether we wanted a second date. But we decided to give it a shot, and we got married three years to the day from our first date,” Bergeland says.

LaBoy says the happy couple was embracing their ability to freely marry each other in this country, though their freedom didn’t come free.

“On the one hand, we had total freedom as a gay couple to mark our engagement however we wanted. But, this same freedom also made it challenging. Were we being too conventional? Were we going too far out there just to prove a point?,” LaBoy says. “It was liberating to have no structure, but also challenging to know how to create that experience of engagement for ourselves. So, pretty soon we were feeling a lot of self-imposed pressure.” 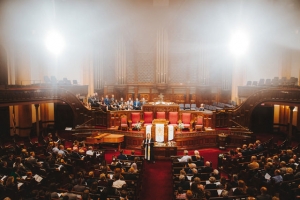 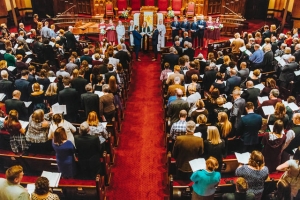 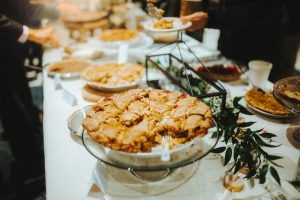 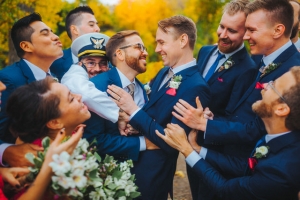 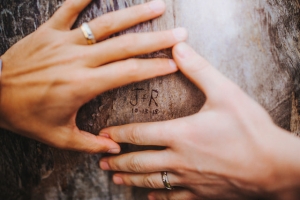 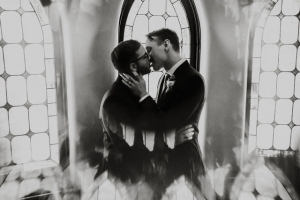 While planning the engagement mid-February, LaBoy says in true Minnesota fashion, the couple awoke to a dripping ceiling after an ice dam had formed on their house and was wrecking part of their living room.

“This proved to be the straw the broke the camel’s back for us! In solving this new homeowners’ crisis, we knew we had all the stuff we needed to get married and realized we were getting stuck on the wrong details,” LaBoy says.

“Ryan called me at work later that morning and said, ‘What if we just got together with our closest friends tonight, asked them to them bless us and bless the ring we had, and that’s how we got engaged?’ So we called our friends, got plenty of red wine and chocolate, and gathered at one of their homes,” Bergeland says.

Once the ring made its way around LaBoy and Bergeland’s circle of friends, the couple said “amen”, kissed, and were officially engaged.

The couple walked down the aisle at Westminster Presbyterian Church in downtown Minneapolis on Oct. 13, 2018. The church had just opened a new expansion, so the ceremony and reception took place in the same building.

“While many people may place the bulk of their wedding planning into the reception, sometimes seeing the ceremony as a formality to get through—as a pastor and choral conductor—planning the ceremony is where we got excited! We also took the care to think of our ceremony as a gift to our guests and spent a lot of time thinking, ‘What do we want our loved ones to walk away with?'” says Bergeland. 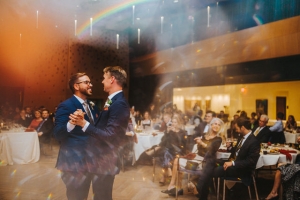 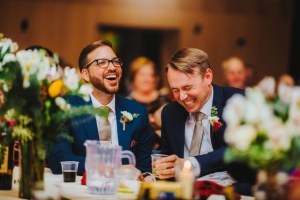 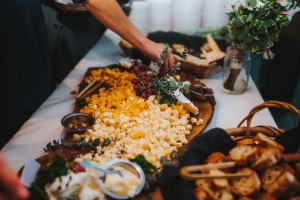 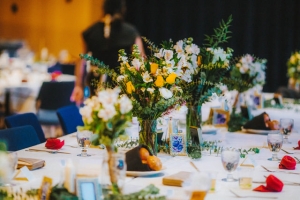 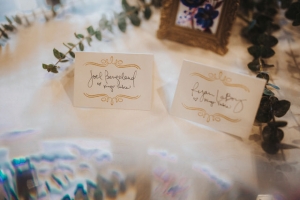 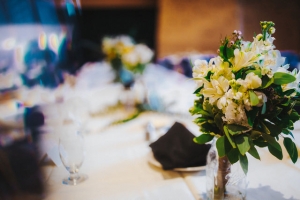 Bergeland says they had three pastors, four Scripture readings, more than a dozen choral anthems and hymns, and Holy Communion for everyone.

“One other special thing about our wedding is that we extended an open invitation to the ceremony so that people from our churches and workplaces that we couldn’t fit into our dinner reception could still come and celebrate with us,” LaBoy says.

Bergeland says the two felt like they were walking on air the entire day, and LaBoy says the couple was able to stay grounded and avoid nervousness by staying together the entire time leading up to the ceremony.

How does the happy couple keep the romance alive? Bergeland says his favorite things about LaBoy are his honesty and ability to always make him laugh.

“And I love Joel’s loyalty and gentleness… and he has a cute butt!” says LaBoy.