Rustic Chic: Bringing a 100-Year-Old Venue to the Modern Age 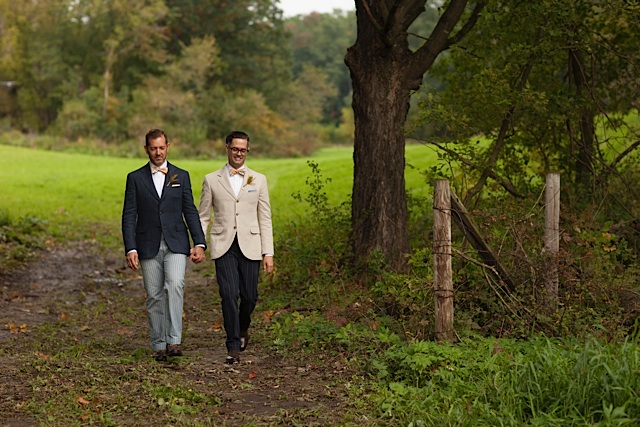 Farms have seen an elevation in popularity as a wedding venue in recent years. “Rustic chic” is making the rounds, and rightfully so! Take Everwood Farmstead, for example: 57 acres of farmable land, prairie grasslands, and forest; and nine buildings including the main barn, a calving barn, machine shed, tool shed, chicken coop, garage, the main house, and the original farmhouse built 100 years ago.

When Bill Underwood and Chris Everett pulled into the driveway at Everwood, the place spoke to them immediately, although they weren’t looking for a farm. “While seeking a place for a retreat, we were attracted to properties with land and space rather than water,” Bill says. “We didn’t know if we were going to build something new or renovate something old.”

The two purchased the property in October 2010 and began upgrading the space while still maintaining its 100-year-old charm. The addition of a gender-neutral outhouse in 2011 was quickly followed by a collaboration with the DNR to do a prairie restoration on 10 acres. Everwood is also home to bees and 15 chickens with full-time caretakers residing on the property.

Everwood hasn’t been a working dairy farm since the 1980s and it seemed destined to follow the same path as other old, unused spaces with roofs beginning to compromise. The first winter after purchasing the place, Bill and Chris started by restoring the main house: the weather was a perfect opportunity to focus on the inside spaces.

“We did, however, learn that one can put a new roof on a barn even when there’s snow on the ground,” Bill says. So they started early, securing it by putting on a new metal roof to guard from the weather. (A top priority!) That spring, the two men shifted their full attention to the barn and the grounds. Structurally, the barn was quite sound, having learned it was built with California redwood, which Bill says is probably why it’s still in such good shape.

“We then began to shovel out the result of 30 years of pigeon residency along with general structural repair and the addition of sliding doors and windows on the west and east sides to maximize the views and breezes,” he says. “The weekend after it was finished, we hosted a small wedding for one of our closest friends and we began to see the potential of this beautiful, church-like space.”

Initially, the men were simply motivated to restore the property, knowing it would be a beautiful space for something. After the first wedding, they were inspired to think big. “Guests were moved by the space and the land as much as we were,” Bill says. “Dinner in the barn felt elegant. We were able to acquire a free grand piano our first year and happily discovered the acoustics in the barn are incredible!“ 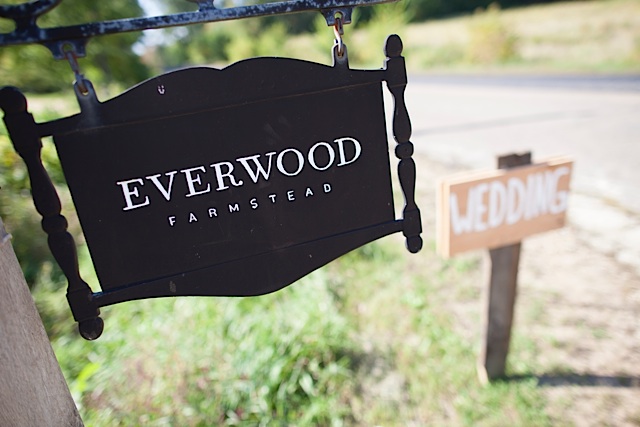 Since then, Everwood has hosted a handful of intimate celebrations, which Bill describes as having been moving and beautiful. The building and the property set a beautiful stage for the gatherings. After the second year, conversation turned to the concept of Bill and Chris’ legacy as a couple and the early seeds of the Everwood Farmstead Foundation were planted.

“While we are excited to rent the space for intimate events of 100 guests or less, our main focus is providing a space for artists to perform and/or work while building community,” Bill says. Through the Everwood Farmstead Foundation, professional artists have an opportunity to work, perform, imagine, and teach, all while communing with the natural surroundings.

“We are excited to present a wide variety of disciplines from music to dance to storytelling. This provides a venue for a rural area that is hungry for artistic experiences, a diverse opportunity for artists, and builds a unique community in the audience.” All tickets are donation-based, half the proceeds going to the artists, the other half going to local school programs. Since its inception, the Artist Series has contributed almost $6,000 to Wisconsin school programs. In the future, Bill and Chris hope to finish renovation on the original farmhouse by 2016 and start receiving applications for artists-in-residence.

Philanthropy aside, the Farmstead operates as a beautiful venue for various events, weddings included. Similar to most venues, Everwood comes with a preferred list of trusted and talented vendors familiar with the venue, including River Valley Catering, located in River Falls, Wisconsin.

“They have done several events at the farm, including our own wedding, and they’ve always done an extraordinary job,” Bill says. “The food is consistently delicious and memorable. We even asked if we could grow and deliver all the carrots and potatoes for our wedding dinner and the chef happily obliged.”

If the surrounding nature isn’t enough to love the space, Everwood has taken special care to light the interior of the barn in an artful way. The central feature is a custom-made, two-tier, iron chandelier made of two antique wagon wheels (a gift Bill and Chris gave to each other for their own wedding). The height of the chandelier can be adjusted and the ceiling is lit with ambient light—all are on dimmers. The sides of the barn are hung with string lights, and couples even have the option of moveable can lights to illuminate a stage area. Finally, there are several homey lamps for buffet tables, the piano, and the bar.

But wait—there’s more! The exterior of the barn, the outhouse, and several of the outbuildings have their own lights. The grove of trees by the parking area is filled with string lights as well. There is also a moveable spotlight and tiki torches to illuminate the parking area on especially dark nights, and even three moveable fire pits for light and warmth. 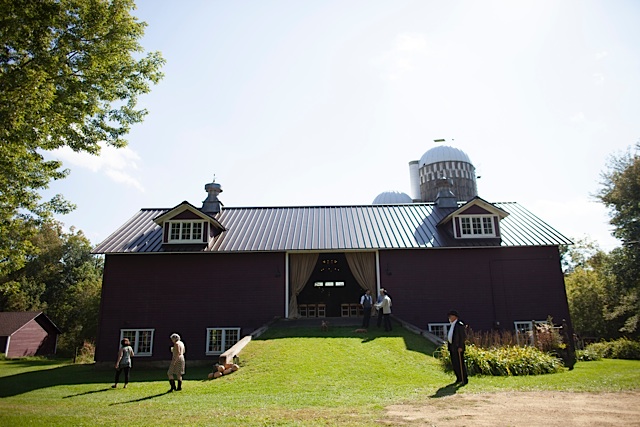 Clearly, the barn has been thoughtfully and minimally decorated to highlight its natural features. The barn entrance has 25-foot tall burlap curtains to frame the opening and the chandelier. There are 200 vintage wooden chairs, numerous tables, and a piano to arrange as needed, leaving little room (and no need) for further embellishment at any event.

Bill suggests four unique selling points to Everwood Farmstead for smaller gatherings (100 or less): it is rare to find a 100-year old structure in such beautiful condition; located in the Driftless area of Wisconsin means the farmstead is in the middle of beautiful rolling hills; trails all through the property allow guests to easily wander and enjoy the outdoors; and Everwood is only 70 miles from the Twin Cities in Glenwood City, Wisconsin.

Because of these unique qualities, Bill and Chris chose Everwood as the venue for their own wedding. (Bill says, “It’s the place we love most.”) But why would a couple living (and working corporate jobs) in Minneapolis also run a venue in Wisconsin? During the week, their loft and jobs are located downtown and they walk and bike just about everywhere—home life takes very little time and effort. “We have two very different life experiences in the city and the country,” Bill says. “When we go to the country, we love working and wandering on the land. We often come home Sunday nights quite sore from the work but we are always renewed by the place. We love being with the bees and chickens on Sunday and in a corporate meeting on Monday. It provides great balance.”

And what of the men behind the venue? They met passing several times in the Minneapolis skyway. Bill eventually asked Chris to lunch and the rest is history, this year being their tenth anniversary together. “Even though we weren’t allowed to legally get married, we made our own marriage,” Bill says. “Privately, you build a life, a home, a family, recognized by others or not.”

Bill proposed Labor Day weekend of 2013 at their favorite overlook at the farm. They had invited some of their closest friends and family for dinner that evening. What Chris didn’t know (but the guests did) was that it was an engagement party dinner. Bill arranged so that each couple, who played a significant role in their journey as a couple, were stationed at some point on Everwood’s trails and each read a letter Chris had written to Bill over the years as the two walked and found them on the trails. It was very meaningful. After Chris said an enthusiastic “Yes!” they joined everyone back at the barn for a big dinner.

“We had over 200 people at our event and we had a wonderful time,” Bill says. “We did notice how hard the tent and traffic was on the property. That’s why we’re limiting guests to 100 in the barn for rentals. We want to preserve the beauty of the property, which is part of what makes it so special.”

Find out more about Everwood Farmstead at www.everwoodfarmstead.com. 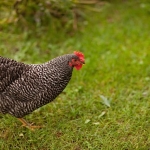 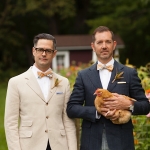 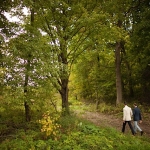 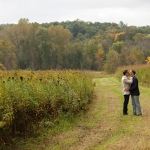 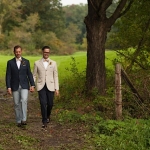 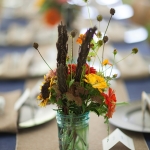 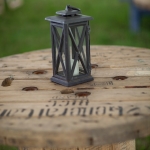 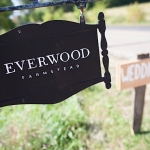 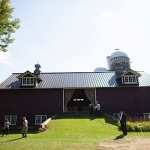 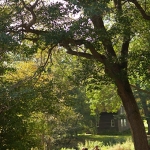 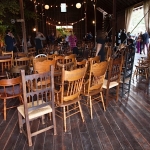 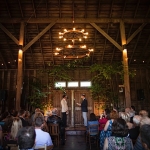 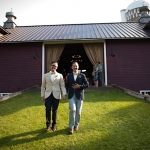 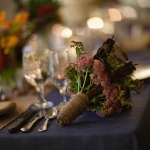