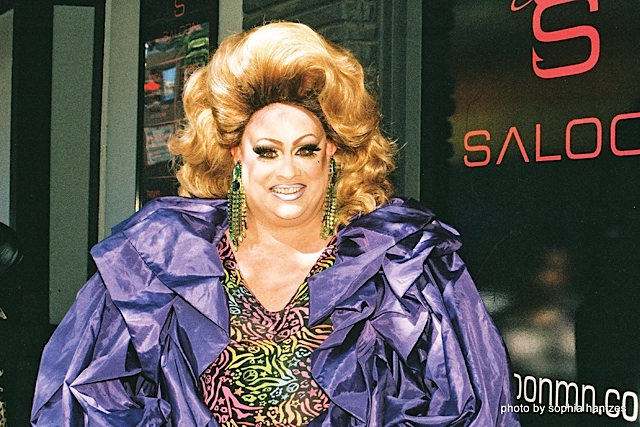 The Saloon began life as a Western-themed gay bar that included a leather room whose private entrance was called the Rear Entry. (Hey, it was the ’70s; please don’t shoot the messenger.) “While it was very popular among the gay community, it suffered from poor-to-inept management during its first months,” remembers Jim “Andy” Anderson, current co-owner of the Saloon. “It was renamed ‘The Y’All Come Back Saloon’ after the community and staff boycotted the bar for its poor management policies.”

The name wasn’t just a plaintive cry for customers and workers to return. According to Anderson, “‘The Y’All Come Back Saloon’ was a popular song by the Oak Ridge Boys at the time and seemed to be appropriate to accent the changes that were made.” Hopefully, Minneapolis will never forget how close it came to being permanently blighted by the “Elvira Giddy Up Oom Poppa Omm Poppa Mow Mow Bar.”

“I started working there as part of a deal to iron out the problems,” Anderson says. “I had been working in Miami, Florida, at a gay club there and was asked to return to Minneapolis by my old friend and former University of Minnesota student roommate [and current co-owner], John Moore.” 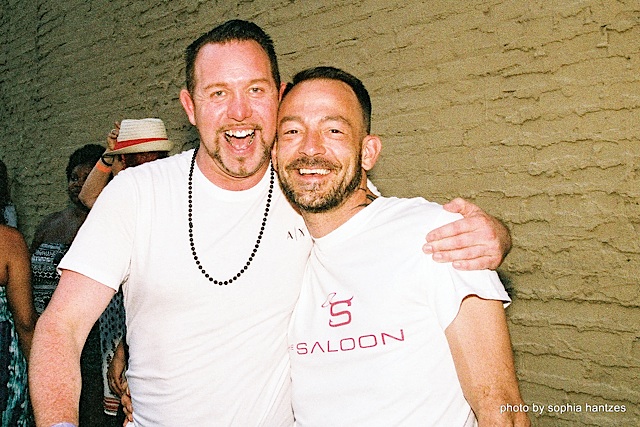 This wasn’t a simple business proposal, it was very nearly an abduction. “John came down to Miami and  convinced me to return to Minneapolis,” recounts Anderson. “The two of us drove back to Minnesota to negotiate new policies with the owner at the time. He was very open to our suggestions because he wanted the boycott ended.”

Radical surgery was required: the boycott-inspiring manager was sent packing, and new business practices were implemented. Anderson and Moore set out to buy the future Saloon themselves, but it wasn’t going to be easy.  “It was a long and difficult procedure,” Anderson laments. But persistence paid off. “The mayor of Minneapolis, Don Fraser, signed the license transfer on Dec. 21, 1981,” Anderson says. “I recall thinking at the time that we could consider ourselves successful if we could keep it open for five years!”

The first point of order was to give staff and customers a reason to come back, y’all. Anderson narrates, “The early years were very exciting and we brought in many entertainers including Gloria Gaynor, The Weather Girls, and many more.” These acts restored customers, again and again, until they considered the Saloon their home away from home.

As promising as the Saloon’s prospects seemed in the early years, a horrific darkness loomed in the immediate future like a plague of locusts. “Things changed dramatically in 1983 as the first AIDS cases were reported,” Anderson recollects. “Thus began two decades of enormous struggles to keep people as customers and do our best to educate and help our community.” 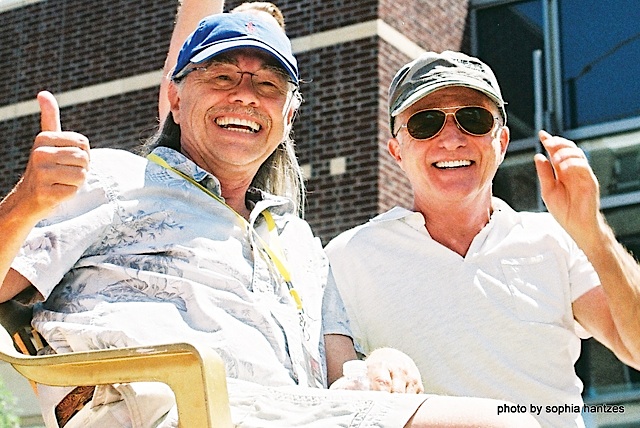 Community education may have started as community service but soon transmuted into community survival. Says Anderson, “Most gay people were in the closet then and the bars were the best places to educate people with the risks associated with unsafe sex.”

But just because the Saloon’s clientele was facing an existential threat was no reason to lose its sense of humor. Anderson contributed to the creation of a super hero sworn to battle this particular evil. “Thus Captain Condom was born,” Anderson says. “Pete Glaser, our coat check person, assumed the role of our point person in this effort.” But please don’t forget, that’s supposed to be a secret identity.

The Saloon’s history had become synonymous with Minneapolis’s GLBT history. “During this time, we helped sponsor the first gay softball team and played the Minneapolis police team as a community outreach with the help of then police captain Tony Bouza,” Anderson smiles. “We played two years at Parade Stadium and won both games! This was big news back then and was reported in the newspapers and on TV, shortly after the Goodtime Softball League was formed with the Saloon sponsoring many teams, something we still do today.”

The history of Twin Cities Pride is the history of the Saloon, as well, more or less. “The first Pride Parade was a very small event of probably less than 50 people who courageously marched down Hennepin Avenue,” Anderson says. “The Saloon received permission from the city to do a block party on Hennepin in front of the Saloon and that was the beginnings of our Pride celebrations.”

Those celebrations will continue this year and every year, of course. Gushes Andy Anderson: “We have been blessed with an incredible number of dedicated and skilled employees from DJs to bartenders to bar-backs to security staff, and many more over the years, and they are most certainly responsible for our 40 years of success!”