Rainbow of Sexes: A University of Minnesota Program Supports Genders of Every Frequency 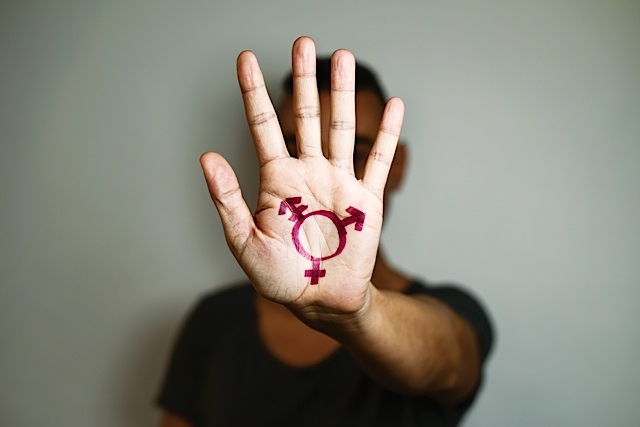 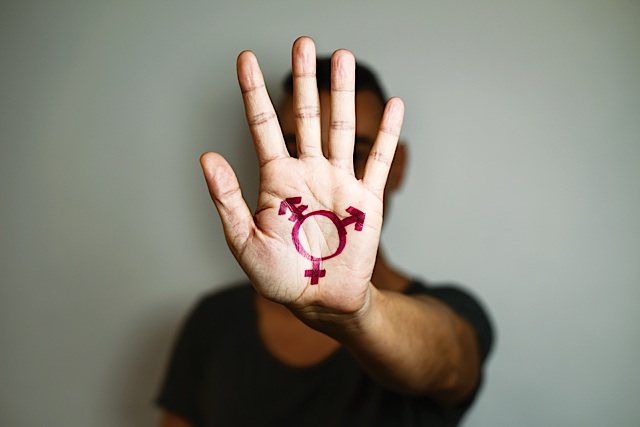 The word “spectrum” usually evokes images of rainbows, and rainbows in June evoke images of Pride…but the word spectrum takes on a whole new meaning when cited at the National Center For Gender Spectrum Health, whose mission “is to eliminate gender-based stigma and discrimination, support the development of healthy gender identity development for all across the lifespan, and to improve the quality of health and life of transgender and gender diverse individuals and patients, families, and communities through scientific research, clinical practice, policy work, and education.”

For the uninitiated, Katie Spencer, one of the co-directors for the National Center For Gender Spectrum Health and an assistant professor in the Department of Family Medicine and Community Health, offers this definition: “The gender spectrum is inclusive of the wide array of gender identities beyond binary definitions of gender — inclusive of cisgender and transgender identities, gender queer, and non-binary identities as a normal part of the natural expression of gender. Gender spectrum health is the healthy, affirmed, positive development of a gender identity and expression that is congruent with the individual’s sense of self.”

Gender spectrum is a concept that works on a macro and micro level. “Gender spectrum health is a concept that is not only for the individual — cis and trans — but also on a systemic level,” Spencer continues. “Society needs to shift to a healthy gender spectrum framework in order to support individual well-being in gender development. The current heteronormative, cisnormative, patriarchal gender binary has huge health costs, not only for trans and non-binary people, but for cis people as well.”

This work takes place in the context of the University of Minnesota’s Program in Human Sexuality, which is made up of four major components: research, education, clinical care, and advocacy. “We have a comprehensive clinic where providers see patients with varying challenges: relationship and sexual health therapy, compulsive sexual behavior, gender identity, sexual orientation, pain during sexual activity, recovery from sexual trauma, and many more,” lists Eli Coleman, professor, chair, and director of the University of Minnesota Program in Human Sexuality. “Our faculty and professional staff work as a team and represent a variety of backgrounds including psychology, family medicine, psychiatry, marital and family therapy, and education.”

This work has become unhappily precious in recent years. In the 1970s, perhaps 50 centers were devoted to the scholarship of human sexuality. Now, just vestiges of these institutions remain, and many of them are dedicated to narrow subject areas such as HIV or other diseases, so this work is particularly resonant for queer folk. “LGBTQ people often have to educate their providers about their own health care concerns,” Spencer asserts. “They often have to combat misconceptions and assumptions about their presenting concerns, and often experience inappropriate curiosity about their bodies and their sexualities.”

Ignorance can sprout where it might do the worst damage. “A lot of providers lack information about trans and non-binary bodies and culture, and misinformation about treatment and lack of care can translate to negative health outcomes,” Spencer continues. “As a result, many LGBTQ people do not feel comfortable or welcome or safe pursuing health care.”

Sometimes that threat can even border on the existential, according to Diane Berg, co-founder and Ph.D., who adds, “We are focusing across the lifespan and want to expand initiatives in the area of clinical work, education, policy, and research that can help revolutionize the gender climate for people of all ages, from children to elderly people, who are often left out but face unique challenges.”

One of the challenges in exploring those challenges is procuring capital. “Funding for sexual health research has always been difficult because of the controversy of the subject matter,” Coleman reports. “While the Program has been able to secure funding for HIV prevention research, other areas of sexual health have been difficult to secure. Scientific research into these problems inform public policies that are aimed at improving sexual health and overall health.”

Fortunately, an organization has stepped into the fiscal breach. “The Chicago-based TAWANI Foundation, founded by philanthropist Col. (IL) Jennifer N. Pritzker, IL ARNG (Retired) has donated $3 million to the nationally recognized Program,” a recent press release announced. “Half of the money will be immediately available. The other half will be made available when the program matches the pledge with other donations. In total, this gift could bring in nearly $5 million to support sexual health research, education and care at the University.”

“With help from the TAWANI Foundation’s generous gift, we’re going to develop solutions rooted in research for the myriad of sexual health problems people face in this country,” said Coleman. “We’re fortunate and grateful to now have endowed funds that will sustain our goal of improving quality of life and health outcomes.” This allows the critical exploration of the gender spectrum to continue…for now.

For more information, go to www.sexualhealth.umn.edu/national-center-gender-spectrum-health