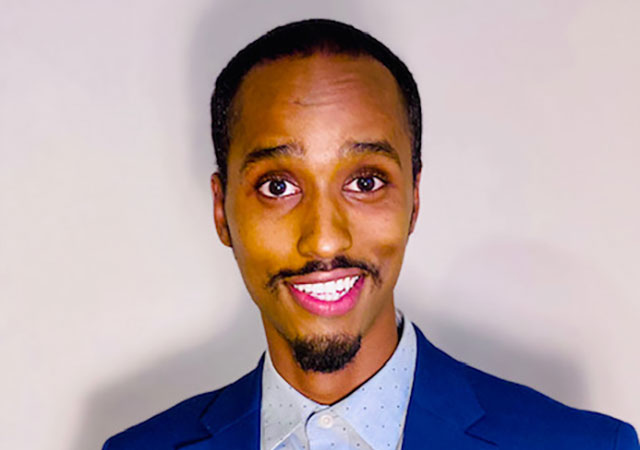 One of the most quintessential parts of being queer, unfortunately, is feeling like we do not fit in. Although our government, schools, places of worship, and society in general are slowly making progress towards equality, the sad truth is that most of us can point to at least one time when we swallowed some aspect of our identity in an attempt to fit in. Queer communities often offer space where we can be our authentic selves, but it is not uncommon to experience gatekeeping in queer circles as well.

“I love so many things about Somali culture.” Abdi-Omar says, “[T]he sense of community, food, and the witty banter,” he pauses, “The disconnect with my heritage came to me at an older age.” That disconnect was directly related to coming out. “The notion of queerness isn’t necessarily accepted in Somali culture,” he explains. Despite that, “there are plenty of openly gay Somalis in the Twin Cities [and] more that are uncomfortable coming out.”

Abdi-Omar personally has found community through networking groups like Quorum, and is quick to say that he enjoys places like the Saloon and the Eagle. However, it took a while to find a place where he could fully express his queerness alongside his Somali heritage.

Enter Queer Somalis, or QS, an online group created in late 2018, by a Somali-American known simply as Del. “Del didn’t feel like we had a platform as queer Somalis to build community,” Abdi-Omar says, so Del took initiative and began building that space himself, with Abdi-Omar at his side as a co-founder. “It’s a digital platform used for queer Somalis globally to connect, build community, exchange ideas, showcase art, and assist with emergency funding if someone is in a dangerous situation,” Abdi-Omar explains.

“For privacy reasons you have to be added by someone already in the group,” Del explains, which means that every member of QS has joined through a friend or family member. “I think I added less than 10 folks to the group initially,” Del says. Needless to say, the group has snowballed since then, quickly increasing in both size and scope. 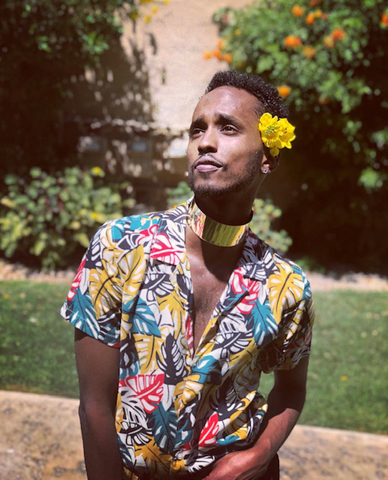 QS’s mission to keep members safe and their information secure is part of why QS has spread so effectively. Having a safe space to explore the intersection of queer and Somali identities is invaluable to people not only in the local Minnesota queer scene, but around the globe. “Since QS launched, we have had Somali LGBTQIA+ members from all over the world join,” says Abdi-Omar.

Connecting with peers who understand the niche experience of being both Somali and queer is as validating as it is empowering, which is the other key contributing factor to the success QS has experienced and why it was created in the first place. “Reaching out to the community and people who understood exactly what I experienced was so beneficial to me. I wanted to find that support in one place, for myself and others,” Del says.

On top of being a community uniquely suited to provide a forum for shared experiences and emotional support, QS provides its members with access to information and assistance that can be difficult to come by on an individual basis. “We have shared resources, articles, videos, personal testimonials, and more to support one another,” Del explains, “During the pandemic, we started zoom chats and started to connect faces with names.”

These Zoom meetings have inspired Abdi-Omar and Del to consider what the next chapter for QS will look like. “We are in the works of transforming [QS] from a platform to an organization,” says Abdi-Omar. Del adds, “We’ve discussed doing an in-person conference…when the pandemic is over I think that can become a reality for us.”

Clearly, QS has a bright future. The group began as an invaluable online resource and it is turning into an organization that will connect its members in the real world as well. Most importantly, QS continues to give its members space to be authentically themselves. As we all know, personal authenticity is not always easy, but finding communities that give us the tools to understand ourselves and live every facet of our personal truth sure helps.

“People will say what they want, but at the end of the day I choose to be myself,” Abdi-Omar says, “and that is and will always be a Queer Somali American.”