Queens Of The Castle 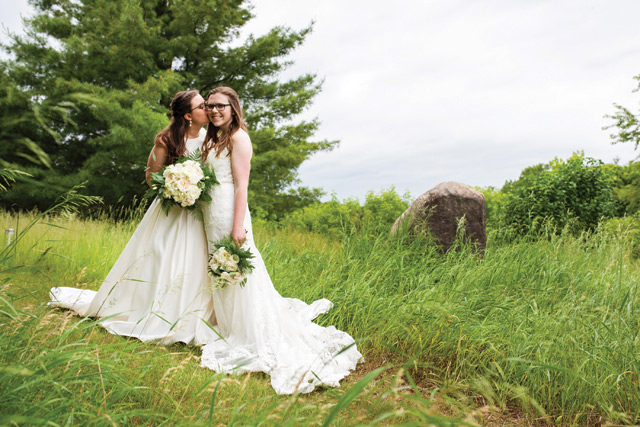 Athena and Carleigh Rand share how they went from high school classmates to wives.

Perhaps if you asked Carleigh Rand and Athena Stifter when they were in the same 9th grade AP human geography class if they thought that they would one day share a last name, they would have told you you’re crazy. But after going from classmates to friends to lovers, Carleigh and Athena Rand happily said ‘I do’ in a wedding filled with family, friends, beer, and—of course—love. 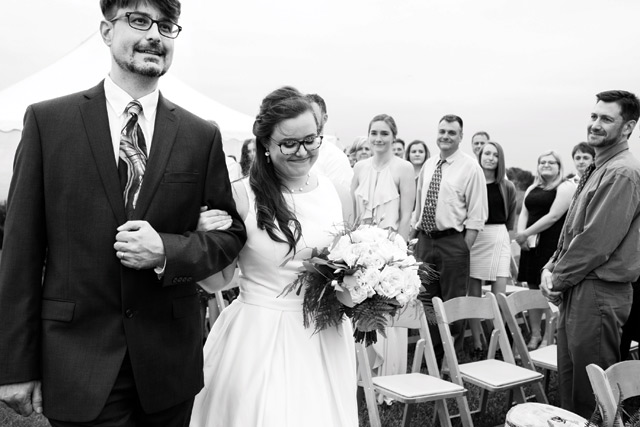 “We are both from Cottage Grove, Minnesota. We also both attended St. Olaf College in Northfield,” Carleigh says. “We both enjoy hiking and camping, and we have a goofball three-legged rescue dog, Junie!”

Athena majored in environmental studies and is currently working on an organic vegetable farm, while Carleigh majored in biology and Spanish and is now in her first year at the University of Minnesota Medical School where she is studying to become a pediatrician. 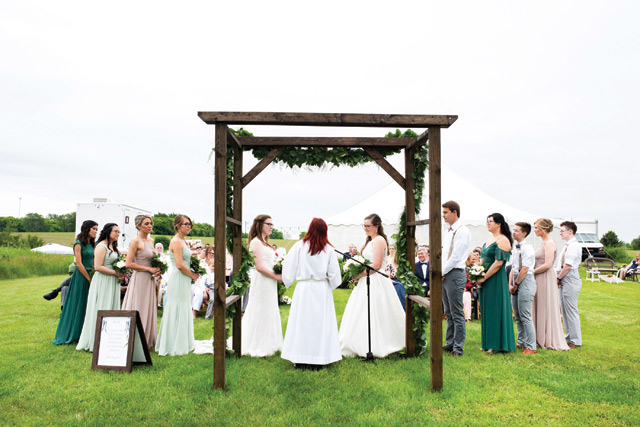 After becoming good friends their junior year of high school, Carleigh and Athena say that did not foresee one day falling in love with each other. 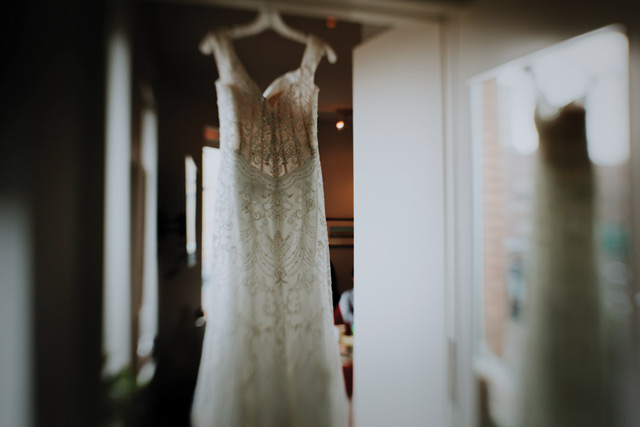 “It was not love at first sight. Athena was friends with my best friend and didn’t think much of me until later! We initially bonded over having the same taste in music,” Carleigh says. “We became very good friends before even considering dating, which didn’t come until after graduating high school.”

With a first date at the ever-romantic ice castles in Stillwater, Carleigh knew she had to propose to Athena in a recreation of their very first date together. 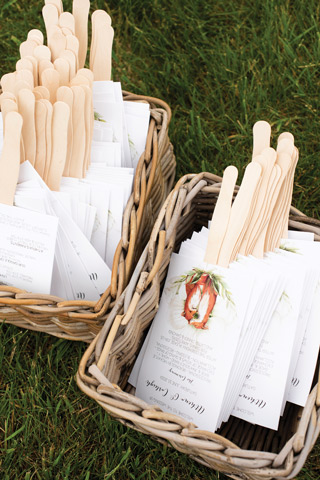 “Carleigh recreated our first date in downtown Stillwater. We went and got sandwiches at the co-op, then we went to the ice castles. Carleigh proposed in one of the alcoves of the castle, then we went on the ice slides to celebrate! It was the middle of February and freezing cold. When we got back to Northfield, we met up with friends at a brewery and had a mini, impromptu engagement party,” Athena says.

“Our wedding and reception were held outside of Athena’s parents’ home in Prescott, Wisconsin. There were 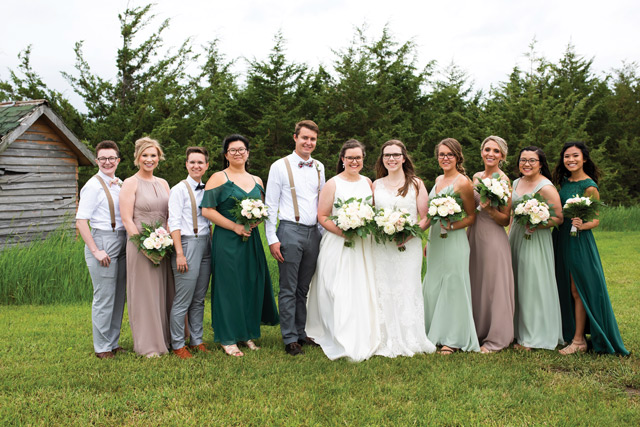 approximately 120 guests. One of the pastors from St. Olaf officiated our wedding—we had grown very close to her and it was such an honor! Our wedding and reception incorporated a lot of green and wooden elements, fitting with the prairie and woods surrounding the site. Our reception was full of laughter, tears, and dancing!” Carleigh says.

The couple had a cake made by Carleigh’s niece and donuts for all of the guests, leaving no sweet tooth unsatisfied. They also featured a beer truck with all of their favorite beers and yard games, particularly for the little ones. “Overall, we had a great time with delicious food, and music and dancing,” Carleigh adds. 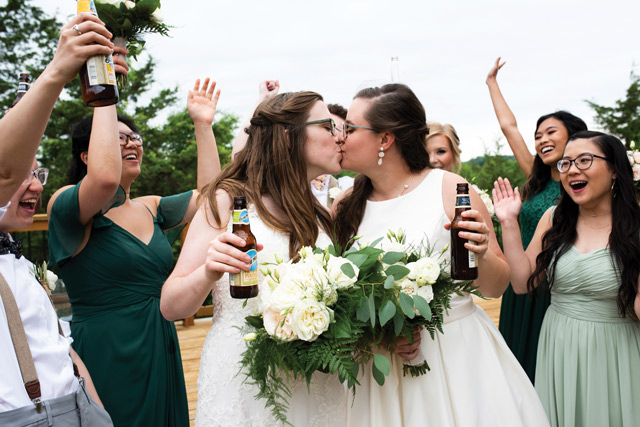 “It was literally the best day of my life. I felt very surrounded by love and support. It was the perfect culmination of our whole relationship and the beginning of the rest of our lives. There were a lot of emotions and our officiant, Pastor Katie, delivered a beautiful message,” Athena says.

Carleigh agrees that it was the best day of her life. Though she isn’t big on crowds, she says she didn’t mind being the center of attention, as long as it meant standing by Athena’s side. 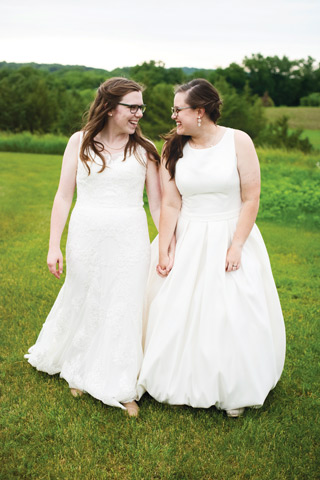 “It was so incredible! I just couldn’t stop smiling. I was surprised at how at ease I felt the entire day—I’m not much for being in front of crowds, but all I could think about was how happy I felt to be marrying the love of my life, and be surrounded by family and friends who loved and cared for us,” Carleigh says.

Because the couple have known each other since 9th grade, Athena says things like trust and understanding come easily to them in their marriage. 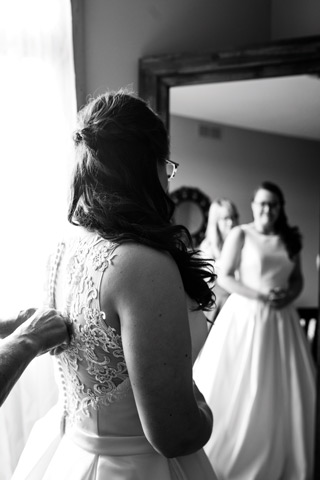 “My favorite thing about our relationship is that I can trust Carleigh 100 percent. I’ve known her forever, and at the same time, we get to learn so much about each other and grow together,” Athena says. “We challenge each other to be our best selves.”

“I think we really just get each other. We’re very much on the same wavelength and can communicate well,” Carleigh adds.