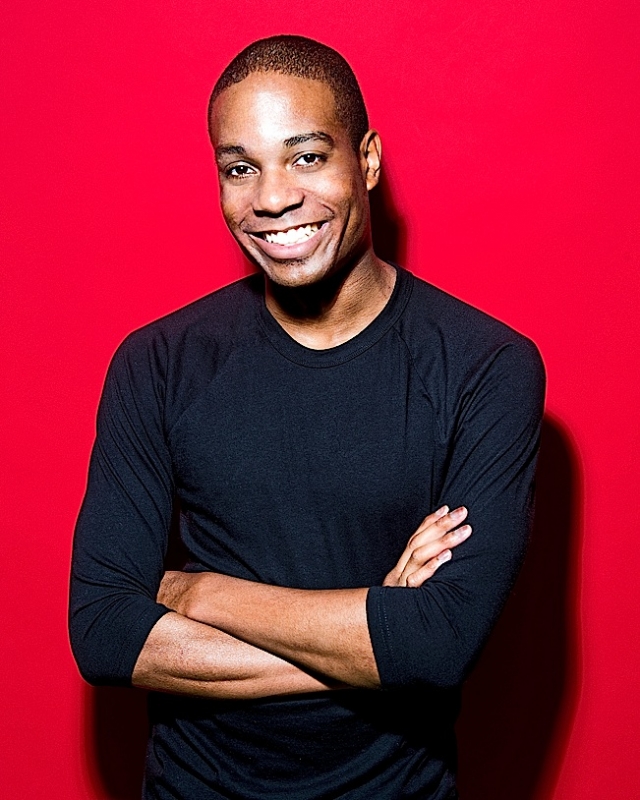 After a recent return to Minnesota from years of working in Los Angeles, Mark Hayes was determined to bring a fresh approach to Twin Cities PRIDE.  His company, the clique, has partnered with the Twin Cities PRIDE organization to do just that.   “I have loved attending PRIDE in the Cities in years past, but I felt like there was room for some new options to really elevate the PRIDE experience,” Hayes said.  With the last year being focused heavily on the politics of gay marriage – and with the incredible success of the Freedom to Marry bill – Hayes wants to bring a renewed sense of excitement, celebration and festivity to PRIDE.  “My goal is to create the opportunity for people to have amazing, fun, and new event options all weekend long.  All of our events have really great perks built in to make it enjoyable for all.”

A California native, Hayes began his career at an early age in Los Angeles.  He worked at Bolthouse Productions during the company’s infamous role on “The Hills”, with owner Brent Bolthouse as Heidi Montag’s boss.  From there, Hayes went on to produce and work major entertainment events including the Entertainment Tonight Emmy Awards Party, Critics’ Choice Awards, Vanity Fair Oscar Party and Coachella mainstay Neon Carnival, as well as with major corporate clients such as Mini Cooper, World Wrestling Entertainment, Tutti Frutti and Nylon Guys.  After many successful years working with the best of the best in Los Angeles, Hayes relocated to Minneapolis to form RMH Partners and the clique, full-service publicity, brand marketing and event production companies.  “I loved living in Minnesota, and look forward to bringing some LA energy to the Cities.  I think that people crave creative and out-of-the-box events, as we’ve seen with other great producers in town, and I can’t wait to introduce people to something new.”

One of those new elements is the Ultimate PRIDE Experience, a package of 3 major events that are bound to create some major buzz during PRIDE.  Kicking off with PRIDE in Concert, Hayes and his company have developed The Lounge, a VIP tent in Loring Park with direct access to preferential front row viewing of the concert.  Not only do you get front row access, but The Lounge will also be fully decked out with furniture and a complimentary bar with craft beer, wine, sangria and appetizers.  It’s the only place in the park that you can get craft beer, and it’s free!  Who knows, maybe headliners Nina Sky and Neon Hitch will stop by to have a drink with you before their set?

After PRIDE in Concert, Hayes has created the first party officially presented by the Twin Cities PRIDE organization.  It is sweet.  It is sexy.  It is LOLLIPOP: the adult Candyland.  “This PRIDE party is going to be totally awesome.  Nina Sky and Neon Hitch are hosting.  DJ Will Z is flying in from California.  We have amazing surprises set for all 3 rooms and bars, and it is definitely going to be a night to remember.”  Hayes and the clique are taking over the newly renovated Skyway Theatre for their sugary sweet party.  He explains that “the team at Skyway has put a lot of work into making the space look incredible, and it has a really cool vibe to it that is perfect for this event.”

Once you’ve danced the night away and gotten ready for Sunday’s PRIDE parade, Hayes has partnered with Richard Anderson (AKA Bitch Flowers) for the Bitch ‘n’ Brunch at SEVEN Ultralounge | Skybar.  Not only is SEVEN pulling out all of the stops on their amazing brunch, but you also get one of the best rooftop viewing locations for the parade, plus floor-to-ceiling views inside.  Hayes’ focus is to keep everything festive and celebratory, and this brunch is no exception.  Bitch Flowers and Foxy Tann will be giving hilarious commentary on the parade, and Hayes has planned a few extra treats for the day.  “Brunch is always about having fun as it is, but this is PRIDE, so we have to take it up a notch.  We’ve got early admission for Ultimate PRIDE Experience ticket holders, a photo booth, free drink tickets, huge raffle prizes, and an appearance by Grand Marshal Chris Kluwe!”

Whether it’s your first or 15th time at Twin Cities PRIDE, Hayes has brought his West Coast flavor to Minneapolis to make sure that you have an unforgettable weekend.  “At the end of the day, this is a hugely important celebration and community moment for the LGBT community and allies.  I am so excited to bring these concepts to Minneapolis and share in the excitement of Twin Cities PRIDE.”