PrEP. It’s a buzzword currently making its way around the community. Just like diversity was only a matter of months ago. Everyone in the community (mostly males) is talking about it. Are you on PrEP? Why not? And the questions go on. 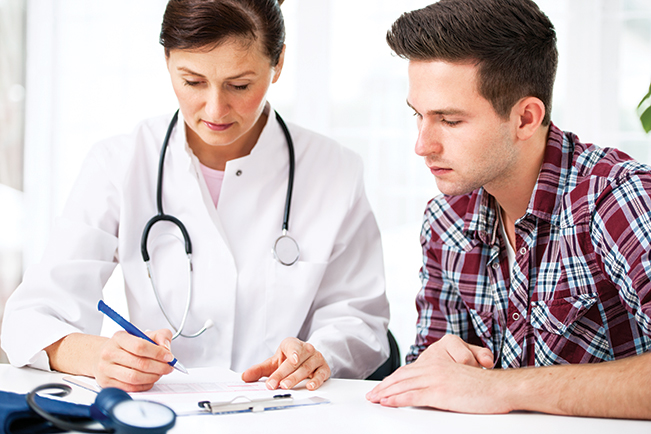 But it seems no one really understands what PrEP is or what it does. It’s like how people love to talk about “diversity” only in terms of race (and, most often, only in reference to the inclusion of African Americans, with no other races or ethnicities in mind); the public’s understanding of the topic is just a tip of the iceberg. There is so, so much more to take into account.

According to statistics from the Minnesota Department of Health (MDH), cumulatively as of December 31, 2014, there are 7,998 people estimated to be living with HIV/AIDS in Minnesota. That year, 307 new cases of HIV were diagnosed. These numbers are significant enough that MDH uses the term “epidemic,” which means the need for understanding PrEP and other HIV prevention methods is of the utmost importance.

PrEP (pre-exposure prophylaxis) has the potential to dramatically reduce new HIV infections in the nation, according to MDH, but it only works if patients know about it, have access to it, and take it as prescribed.

Despite its recent claim to fame as a buzzword in the community, PrEP has been around for over a decade. In 2004, the pill was approved by the U.S. Food and Drug Administration (FDA) for use as an HIV treatment whereas in July 2012, it was approved as PrEP, as a prophylaxis rather than just a treatment. Later, on May 14, 2014, the U.S. Public Health Services released the first comprehensive clinical guidelines for PrEP.

According to Centers for Disease Control and Prevention (CDC), when used consistently, PrEP has been shown to greatly reduce risk of HIV infection in people who are at substantial risk. It is a single pill that contains two antiretroviral drugs, emtricitbine and tenofovir disopoxil fumarate combination (brand name “Truvada”), taken daily. In clinical trials, daily oral PrEP has proven effective among key high-risk populations including gay and bisexual men, heterosexual men and women, and injection drug users.

“Some people think that PrEP is like the ‘morning-after pill’ or emergency medication taken only on the days when having sex,” says Japhet Nyakundi, PrEP coordinator for MDH. “No, the pill must be taken daily to keep enough medicine in the body to protect a person from getting infected with HIV. Clinical trials have shown that PrEP medication takes up to 17 days in men and 22 days in women to have enough medicine in their bodies to prevent HIV infection.”

MDH reports that PrEP is most beneficial for injection drug users and those who can’t practice safer sex, but, of course, PrEP is even more effective if it is combined with other ways to prevent new HIV infections. Nyakundi cautions against people thinking PrEP is a magic pill that solves everything. In truth, PrEP must be combined with other preventive methods to reduce HIV risk. Condoms can offer that additional protection against HIV and other sexually transmitted diseases and unintended pregnancies.

“Some people on PrEP do not consider using condoms,” Nyakundi says. “Since PrEP is not 100 percent effective, individuals on PrEP can still get HIV — especially if they do not take their pill daily to have enough medicine in their bodies.”

For PrEP to be effective it must be taken as prescribed, which requires full commitment from the person taking it. In clinical trials, participants who took their medicines consistently, PrEP was between 74 percent and 92 percent effective in reducing one’s HIV risk depending on the population studied and measures of detectable drug levels. But, according to Nyakundi, these measures are hard to translate and compare to other prevention strategies, such as condom use and risk reduction, simply because PrEP is biomedical intervention whereas others are not.

To date in Minnesota, PrEP has seen great success, as there have been no reports of persons getting HIV among those receiving PrEP from the three MDH funded programs:  HIM Program at Hennepin County Public Health Clinic, Children’s Hospitals and Clinics of Minnesota Perinatal Program, and Hennepin County Medical Center.

This success is part of the reason PrEP has become such a buzzword recently, Nyakundi says. He continues, “It has also caused some excitement and a lot of disagreements among the healthcare providers, consumers, and academia on a variety of issues such as adherence, long term use, toxicity, high cost, and the perception that individuals on PrEP may become complacent about prevention and continue to engage in unprotected sex and injecting drugs use.”

Yet, despite the buzz around this prevention method, Nyakundi says too few Americans who are at risk for HIV infection are taking PrEP. Understandably, it is for those people who are at an increased risk for HIV, which CDC describes as including (but not limited to) gay, bisexual, and other men who have sex with men, heterosexual men and women, as well as injecting drug users. Note: anybody who suspects that they may have been exposed to HIV should not take PrEP. PEP (post-exposure prophylaxis) is an option for someone who thinks they’ve recently been exposed to HIV and must be started within 72 hours of possible exposure. Persons who think they are at increased risk for HIV infection can contact their own clinics and schedule an appointment to ask for PrEP, as it can be prescribed only by a health care provider.

And don’t let cost be a factor to avoid the conversation with a physician; PrEP costs should be covered as a prescription with most medical insurance companies. However, insurance plans may not cover co-payments and deductibles, check with your carrier about PrEP coverage. Nyakundi adds that people without health insurance should consider enrolling at one of many clinics offering PrEP research studies or visit one of MDH-funded PrEP programs. Additionally, there is a commercial medication assistance program that provides free PrEP to people with limited income and no insurance to cover PrEP care (visit www.gilead.com to learn more about the Truvada for PrEP Medication Assistance Program).

Following a conversation with a doctor or nurse to help decide if PrEP is right for you, Nyakundi says an HIV test is done before starting PrEP to make sure that one is not HIV positive. Also, while on PrEP, other risk behaviors are assessed and regular HIV and STI tests are done to make sure one remains HIV- negative.

“PrEP is a relatively new, promising approach and only a handful of healthcare providers are offering this service in Minnesota,” Nyakundi says. “Wide use of PrEP with other risk reduction strategies have great potential in reducing new HIV infection in the state.”

For more information on PrEP, visit www.cdc.gov/hiv and talk to your health care provider.