At-Large: Out In China 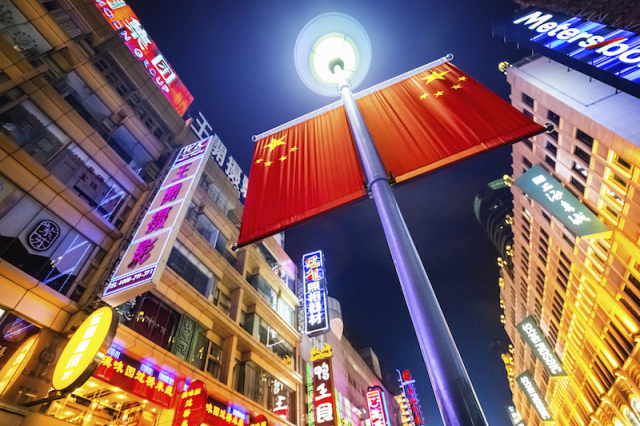 Coined by many national publications as a “gay city,” Minneapolis-St. Paul has earned notoriety in recent years for being a safe and GLBT-friendly place to reside. With more gay establishments per capita than most cities our size, it’s worth bragging about. The privilege of being gay in the Twin Cities has never felt truer to me than in a recent visit from Chen, a friend I made overseas during a year-long contract in Shanghai. Seeing how delighted Chen was by the landscape of all that our community offers brought back a lot of intense memories from my time in his home on the other side of the world.

When I first moved to the People’s Republic of China, the adventure was sublime. I ate noodles, played basketball with local kids, taught dance lessons, and lived a life without mention of RuPaul, Donna Summers, Tom Daley, or Madonna. Having done my research, I had already prepared myself for a lack of queer community in China, but what appeared to be a total absence of queer individuals began to subtly grate on my psyche after a month or so. I had no yearning for a boyfriend or a lover, at a base level, I just wanted an acquaintance I could feel safe sharing jokes with, someone that could fully understand the hapless luck of the homosexual’s disposition in China.

After searching for six weeks, I eventually managed to grab coffee with the first gay person I found, a then 23-year-old Chen. Chen’s parents lived in a rural town, hours from the city. In addition to being deep in the closet, much of his lifestyle was inaccessible to them. Though he’s quick to express his undying affection toward his mother, Chen described his relationship with both parents as an inexhaustible questioning of “Are you making money?” and “Do you have a wife, yet?”

As weeks turned into months, my circle of friends grew larger, as did my awareness of China’s underground GLBT community. Through a maze of alleyways, I was able to find a couple basement-level gay bars where I met a friend named Wizard who worked in the creative industry as a photo assistant. He was one of the lucky few whose working environment and big city lifestyle allowed him to speak more liberally about his sexuality, though Wizard still stays closeted whenever visiting home. “All of my friends in Hangzhou know my sexuality, but back home… two of my teachers and that’s it. One of my teachers figured it out. People can tell it, if you’re really close,” he shared. An aspiring photographer, Wizard’s family pressures him to move back home and get a more stable job on the regular. Obviously, this would be misery on two fronts.

“I’ll probably marry a lesbian,” Chen said one day. These lesbian/gay man partnerships have become an increasingly popular way to cope with family pressure. While it appears this fate may fall upon Chen, Wizard would have none of it. “I couldn’t do that,” he shared. “Some of my friends did it and it just got ridiculous. Usually one lives in a separate apartment, but then they are running over and jumping through a back window to maintain the lie when parents come to visit.” Though homosexuals have been suffering through double lives throughout history, it was still hard for me to wrap my head around the plausibility of a sham wedding in today’s world. That was, until I attended one.

It was hard to watch the ceremony. The couple seemed well matched on paper. Both came from affluent families, both were Shanghai-grown, and had similarly comedic personalities…much like on Will & Grace. The wedding was, by all accounts, beautiful. This six-hour ordeal began with a well-attended ceremony, followed by an endless receiving line, and ended with the packing of two hundred people into a ballroom set up for dinner. Much like an American wedding, the mothers and fathers of the couple ran rampant, directing, scheming, and schmoozing. On a shuttle transport from the wedding reception to the hotel, Ling left his bride in the front seat to cuddle up next to me in the back. It had been an intense day.

While living in China, there were many times I felt outraged by the lack of justice for the GLBT community. The lack of safety, infrastructure, and support was an injustice impossible to ignore, but still I feel grateful for the experience I had there. In some ways, the state of things in China has given me a window into the struggle of my fellow colleagues who grew up gay in the 1960s and ’70s. It will be interesting to see how things may change as the GLBT community takes more prominence in China over the next five years. For my friends Chen, Wizard, and Ling, change couldn’t come soon enough.