Kevin Murphy is an international celebrity in the leather world. He’ll be in town in mid-February for the Twin Cities Leather Weekend 2016 as one of the judges for the Mr. Twin Cities Leather contest and I got a chance to talk to him as he prepares for his visit. How does Kevin fit into an issue dedicated to health? As a psychologist and advocate for various health organizations and causes, I’d say quite well. And we’re grateful to him for that. 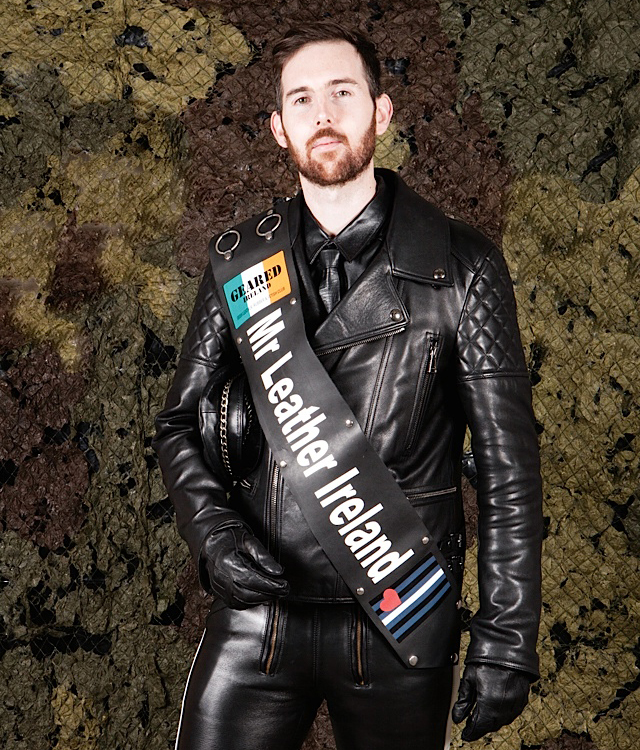 What is your current title in the leather world? What are the responsibilities of this position?
Kevin Murphy: I am Mr. Leather Ireland 2015, and also came in as first runner up at International Mr. Leather 2015. We just elected a new Mr. Leather Ireland 2016 in January, so my responsibilities are winding down somewhat, which is a good thing as it has been a very busy year for me. The role is ambassadorial in nature; I represent the Irish Leather community at events both in Ireland and abroad, building bridges between the different community clubs/organizations, local and internationally. I also help out with local events, fundraisers, and promote discourse on topics I feel are important to our community.

What sorts of opportunities does this title give you? Challenges?
KM: First and foremost it gives me the opportunity to help our local community group, Geared Ireland, grow and become more established. It has also given me the opportunity to meet people all over the world who are championing great causes and spearheading initiatives that I probably would not have met if not for the title. People who are progressing in areas like the reduction of HIV stigma, like with Mr. Friendly/Team Friendly. PrEP is not something that’s available in Ireland yet, so these international connections are important to help gather information.

Challenges are that there’s not enough time to do it all, so it has been tough to be selective with my energy this year, whether this is dictated by time constraints, financial constraints, or personal constraints (I have a great hubby that supports me completely, but having quality time with him is vital).

Have you been to Minnesota before? What are you hoping to do while you’re here?
KM: This will be my first trip to Minnesota, and I’m really looking forward to it. It’s my first trip back to the U.S. since IML in Chicago last year, so the main thing I can’t wait to do is to meet up with all my friends that I haven’t seen since then. It would be great to get to check out the local live music scene or local art scene, but I’m only in Minneapolis for a few days so simply meeting the locals is on the top of the list! It’s the people that are important, I can always come back again to do everything else.

I’ve heard it’s colder in Minneapolis than in Dublin this time of year, but have heard that the people in Minnesota are very warm and friendly. So I’m hoping to surround myself with warm, friendly people. 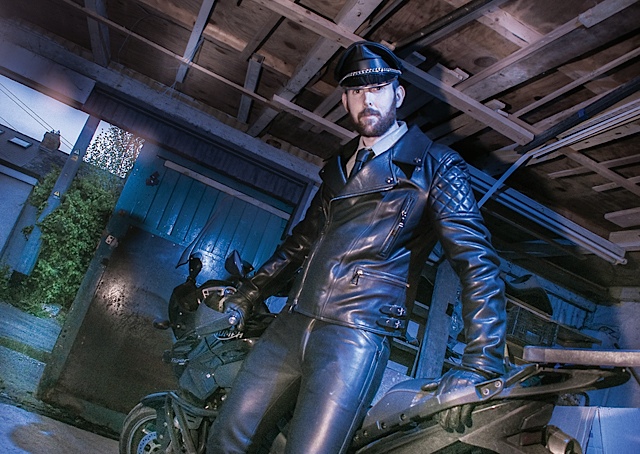 What sort of service projects do you undertake? For what types of organizations do you volunteer?
KM: One of the main organizations that Geared Ireland fundraises for is called the Gay Switchboard. It’s actually Ireland’s oldest GLBT support network, being around now for about 40 years, and open seven days a week. It’s run using trained volunteers through phone, email, and instant messaging, and is a very worthwhile cause to donate to. We also ran a fundraiser for GCN, our local gay community news source.

I’m becoming more involved in the debate around PrEP and reducing HIV stigma as time allows, hence why I am interested in bringing the Mr. Friendly/Team Friendly campaign over from the U.S. It seems extremely well run here and the discourse on it is much further progressed and open than in Ireland at present. I also first heard of Rainbow Railroad at IML last year, which I’ve tried to spread the word about since.

An example of one theme that has emerged for them is the intersectionality between homophobia and serophobia/HIV stigma. Due to homophobia, many of the individuals they help are forced into conditions (homelessness and sex work) that put them at extremely high risk of HIV. On the flip side, a number of HIV+ individuals get outed to their community by pharmacy employees and are subjected to homophobic violence as a result. As one of their Case Committee members says: “We’ve had cases where pharmacy employees ‘out’ individuals to their community after they fill an HIV prescription,” says Gareth Henry, Rainbow Railroad’s Case Committee Co-Chair and well known Jamaican LGBT activist. “Some people are choosing between the risks of avoiding treatment and the threat of homophobic violence.”

The average case cost is in the region of $5,000, so the quickest and easiest way to get involved is to make a donation. One great difference between RR and other charities is that you know you’ll have an immediate and tangible impact. U.S.-based folks can make donations through this link: www.americanrainbowrailroad.org.

Would you please explain how being a psychologist affects your view of the your role? The leather community?
KM: A defining role in my profession is that I’m there to support people on a daily basis. My role as a titleholder expands this to the community: I’m there as a support and advocate for them. The two roles are not the same, but they are complementary. I feel that the skills I have developed as a psychologist help me in my role as a titleholder, but I also feel that the experiences of the personal and cultural diversity within the leather community have helped me in my profession. The more we experience and strive to understand others, the richer our perspective on life can be. 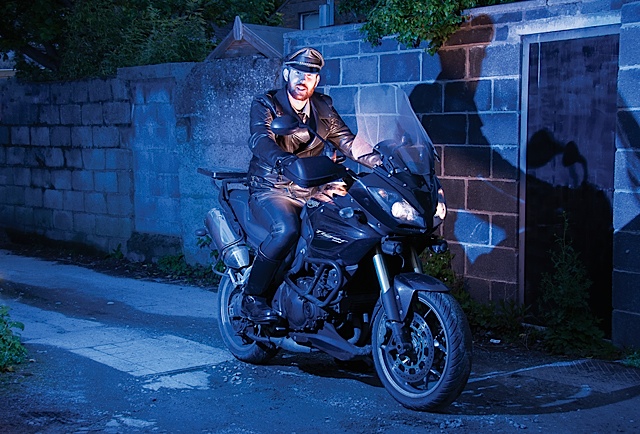 As a psychologist, what topics interest you the most?
KM: I have always been interested in the areas of identity, belonging, and attachment. This fits any context, as they can apply to our sense of self, sense of family, sense of community. Our personal identity has many layers, and often has a reciprocal relationship with our attachment to others (interpersonal relations) and how much we feel we belong or need to feel like we fit in.

In your opinion, what are the primary health concerns for the leather community?
KM: In terms of medical health, HIV is still primary concern, as well as broader sexual health. Following from this, because the GLBT people identify with each other as a community through our mutual sexual identity, having concerns like this profoundly can impact our mental health. The same could be said for the leather community. In Ireland, I would say mental health and suicide awareness are a major concern.

What do you see as the role of the leather community in the larger GLBT culture?
KM: The leather community I think is one that can champion the idea that it’s okay to be different and be confident in your own self-expression. In being a support for others to accept themselves for who they are, it will hopefully influence the wider culture that it’s okay to be different, because that’s what makes a community interesting.

Being from Ireland, what are the biggest differences and similarities you see as you travel and meet people?
KM: I have traveled my whole life, as I have always loved meeting new people and experiencing new cultures from around the world. This last year has been no different, other than I’ve gotten to focus on a subsection of that: the leather culture. What I’ve noticed is that the differences that once were are getting smaller, and the similarities are growing. Communities tend to have common goals, and with the global explosion of social media and social networking, the ability to share information has been fantastic. We don’t all have to reinvent the wheel; we can share with others what has worked or is working in addressing difficulties or, similarly, get advice from people around the world to help with something that’s happening now. Whether it’s altruism or just mutually beneficial, it’s such a positive thing.