More Than a Filling 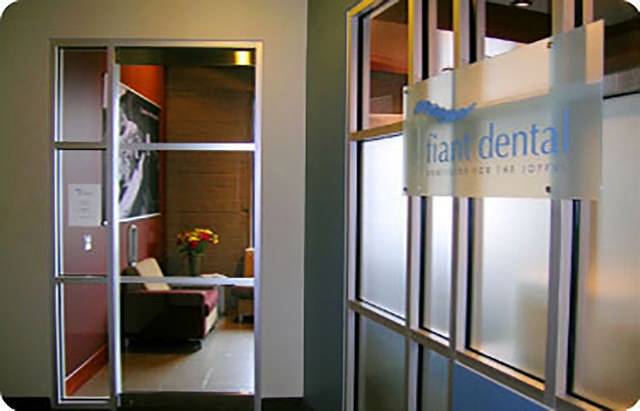 Fiant Dental in Minneapolis has a motto that might cause a double-take: “Dentistry for the Joyful.”

That seemingly counter-intuitive motto is part of the clinic’s mission, and Jamie Graham, DDS works with his staff to fulfill it every day, turning a common fear into something patients can actually look forward to. If it’s any indicator of the mission’s success, the Minnesota Rollergirls even adopted the clinic as the team’s official dentist, and the Fiant Dental website is filled with trading card-esque snapshots of Rollergirls team members. It’s strangely inviting, even for someone with dentophobia. You get the distinct impression that you truly will leave with a smile on your face.

Graham expounded on his clinic’s philosophy.

“Our practice opened in 2003 with the philosophy that dental care could actually be a joyful, fun experience. We adopted the tagline ‘Dentistry for the Joyful’ because joyful people smile a lot, and those are the folks we want to serve,” Graham says. “Since opening the doors, we’ve grown tenfold. That makes us joyful, too.”

As a member of the GLBT community, Graham recognizes the importance of creating a sense of community and a refuge for people to turn to, whether it’s a friendly dental clinic or a local organization. He says he’s happy to help foster that sense of community, as Fiant Dental has played an active role in supporting GLBT causes for many years.

“Fiant Dental has been a tremendously active in support of the GLBT community,” he says. The Twin Cities Gay Men’s Chorus, the Northstar Gay Rodeo, and the Minnesota Red Ribbon Ride are among the causes supported by the clinic, and Fiant Dental made a contribution to the building fund for Open Arms Minnesota.

One of Fiant Dental’s longest and most beloved sponsorships, “Bingo-a-Go-Go,” has been around the Twin Cities for 13 years. What originally started as a small Bingo group in a church basement has grown into a popular, twice-annual tournament hosted by Miss Richfield 1981. Proceeds from the event benefit the HIV/AIDS support organization Clare House, as well as Twin Cities Gay Men’s Chorus.

Graham says his clinic is GLBT-friendly, and that while they don’t always have a handle on patients’ personal orientations, it’s inspiring to see people being more comfortable being open about it in public life. 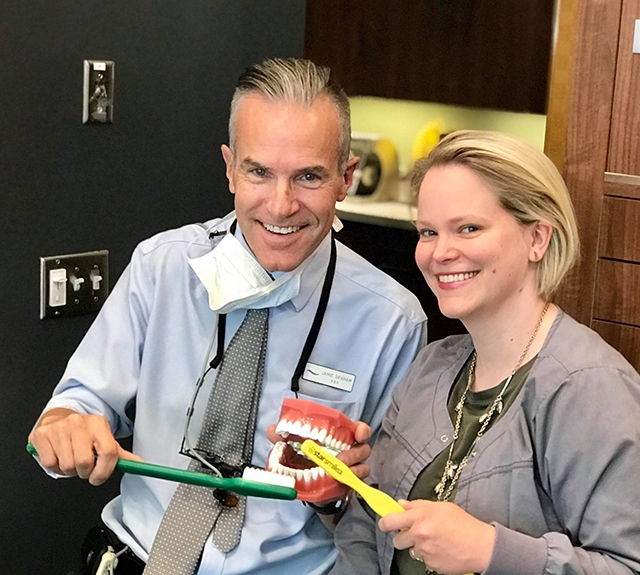 “It feels great to represent the GLBT community as a leading, state of the art, Twin Cities dental office. We feel tremendously honored and grateful for the support we’ve received from the community,” he says.

Beyond its devotion to community support, Fiant Dental also offers a diverse range of services in addition to routine dental work. According to Graham, many people are turning to the teeth-straightening product Invisaline.

“Think of it as orthodontics without looking like you’re in 7th grade again,” he says.

The clinic also offers free polishes for brides and grooms during the week of their wedding.

“We want a sparkling smile in those wedding pictures. In a practice with a motto ‘Dentistry for the Joyful’, it doesn’t get much more joyful than a bride or groom approaching their Big Day,” he says.

Graham is also an adjunct professor at the University of Minnesota School of Dentistry, which helps him keep Fiant Dental up to date on the latest scientific research in the field. As a state-of-the-art clinic with over 40 years of collective dental experience between himself and Dr. Anna Seime, who joined the clinic in 2015, patients can expect an experience that matches the joyful mood: the clinic has previously been recognized as “Best Dentist” by Mpls/St. Paul Magazine and “Best Dental Office” by Minnesota Women’s Press. In addition, Graham himself received the accolade of “Top Dentist” from Mpls/St. Paul Magazine.

He says the clinic is happily accepting new patients. Business hours are from 7 a.m. until 7 p.m.