Monkeypox was just declared a health emergency in the U.S.A. 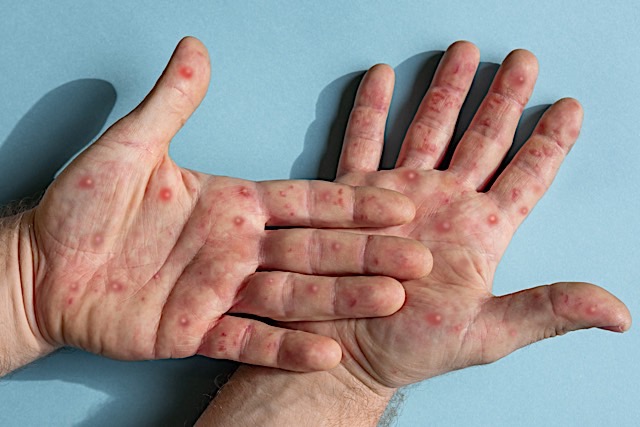 Cases are on the rise around the world. In Minnesota, it is reported that up to 50 cases have been recorded. A similar number of cases were also reported in Iowa and Wisconsin, with fewer than 10 cases reported in North and South Dakota. However, the majority of Monkeypox cases have been reported in states, such as California, New York, Florida, Illinois, Georgia, and Texas. Of all of the cases recorded in the U.S.A., 98% of them have been identified as gay and bisexual men.

This has been trending since the last weekend of June, when most of the major LGBTQ Pride celebrations took place.

What is monkeypox? From what is known, this is a virus that spreads through contact with infectious rashes and fluids. They might appear on articles of clothing or on surfaces frequented by those who may have come in contact with this virus. Authorities also point to sexual and intimate contact as a driver for this virus.

From that point, research is being conducted as to how this virus came to be, whether it is isolated with a specific group or not, and whether there are other forms of transmission based on intimate and sexual contact. Even though the number of cases in the U.S.A. are rising, there were some correlations made by to common sexually transmitted diseases, such as gonorrhea.

Monkeypox is commonly found through a rash that can look like pimples or blisters. According to various health authorities locally and across the country, Monkeypox rashes can appear on the “face, inside the mouth, and on other parts of the body,” such as hands, feet, chest, genitals, or anus. Other symptoms of Monkeypox could include fever or chills, swollen lymph nodes, headaches, fatigue, and body aches. The latter include muscle and back aches.

People who have Monkeypox will notice that the rashes will appear flat before taking on a blister/pimple form filled with fluid. There were some cases that usually end up with one such rash. However, these rashes will fall off after a period of 3-4 weeks when a fresh layer of skin forms.

Various health authorities pointed out that Monkeypox can spread through human-to-human contact through touching, secretion of body fluids, hugging, kissing, sexual contact…even contact with respiratory secretions. Transmission of this virus also includes contact with clothing, door handles, linens, and other places where humans may have touched around the house or in other public areas.

For a medical perspective, we asked Dr. Paul Mittelstadt his take on this virus. “This disease is similar to COVID only in the newness of the disease to this country,” said Dr. Mittelstadt. “Currently it is mostly confined to the gay population. Yet that will change over time.”

Dr. Mittelstadt also stated that to battle this virus, it comes down to “good hygiene. Avoid skin to skin contact, particularly with people who’ve got it. Make sure you wash your hands. But, it’s very minimal, if any, respiratory contact. So, we don’t have to worry about the mask. It’s just, wash your hands like we did at the beginning of the COVID, and still do with COVID. It’s that good hygiene stuff.”

At this moment, the drive towards dealing with Monekypox is through the distribution of vaccines. Currently, the Red Door Clinic in Minneapolis are administrating vaccines in the Twin Cities. Earlier reports state that the vaccine for Monkeypox is limited in availability. However, the recently declared health emergency has authorized the release of more vaccines to places where they are needed.

Yet, there are several cautions being sent to our community. “As summer events and parties continue to happen,” said Matt Hoppe, Director of Clinical Services at The Aliveness Project, “it’s a great idea to check in on your sexual health. We recommend regular sexual health care visits and STI testing for people who are sexually active.”

If there are any further questions about Monkeypox, please contact The Aliveness Project, The Red Door Clinic, and Rainbow Health for further assistance.