Money: A Tough Pill to Swallow

Pat* has been getting looks on the bus lately. The layers of latticed white gauze circling his head from forehead to crest resemble a rounded prayer cap. A rainbow collection of braided wires, the thickness of his thumb, begins behind his right ear and follows the placket of his plaid shirt to his belly button. There, it feeds into a cigar-sized black box which hangs from his neck by a thin strap. The black box has a blue LCD screen displaying a series of numbers. I notice that each wire corresponds to an electrode glued to his head. Four are visible under the gauze on his forehead, near the hairline. Two are above his temples. There are twenty-six of them in all; twenty-four on his head and two on his chest.

“I thought you might be hooked up to a bomb,” says a friend. “Please! Before the board meeting!” shouts another.  His grayish beard rises in a grin, and his eyes soften.

We’re at The Aliveness Project in Minneapolis, where he’s agreed to speak with me over coffee. It’s lunchtime in a room occupied by rows of tables. About 40 members, mostly men, are quietly eating lunch. At first, Pat sits quietly, measuring me with his eyes. The sounds are of a normal cafeteria at lunch; silverware striking plates, the shuffling of chairs.

“I’ve got a tumor, and I’ve got something else up there causing the seizures,” he says. “It’s not related to being HIV positive.” His seizures happen mostly at night, baffling his doctors. “On the 27th of July I was on my bike on France Avenue. And the next thing I know I’m lying on France Avenue looking up and people are looking at me. It’s been tough.”

Pat is 62, self-employed, and running a business full-time. Delivering product to clients while unable to drive is tough. Having to take the bus for groceries is also tough. It’s tough to rely on friends for rides to doctor’s offices. Pat’s father taught him self-reliance; he’s not in the habit of backing down from tough.

Pat is also HIV positive. In 1984, as a young man in California, he recalls his early symptoms; the vomiting, exhaustion, an occurrence of shingles. Like most gay men in the 1980s, he used an assumed name to get tested. When he went back for the results, he recalled seeing rows of white cards on a table. Some of them had small red flags attached to them. The card presented to Pat had a red flag attached to it. Tough break.

He came back to the Twin Cities to die, he tells me. His Catholic family was understanding. His father asked him if he wanted his inheritance early.

In 2013, according to the Minnesota Department of Health, there were 301 reported new cases of HIV infection in Minnesota. 133 of those cases were in Hennepin and Ramsey Counties. White males accounted for 48 percent of all new cases. African Americans, though only 4 percent of the population, accounted for 24 percnt. Almost a quarter of new cases are women. HIV targets the young, with a majority of cases occurring between the ages of 20-34 in men and 25-34 in women.

The people I interviewed for this article all told me the same thing. The spotlight has moved away from HIV and toward more front-page, media-friendly diseases like Ebola. Young people today even think that AIDS has been cured, as easy as taking a pill. And prevention is not being taken seriously, especially by the young. The next encounter, next roll of the dice, is just a social media application away. All four of the HIV positive people I interviewed, including a married, heterosexual woman, contracted the disease from a trusted sexual partner that was aware they were sick at the time of infection.

Now, life’s routine is wrestling day after day with the pills. And the bills. The disease is damaging physically, psychologically, emotionally, and financially.

Financially speaking, some are better prepared than others. Charles* was diagnosed in 1983 after contracting the disease in Key West the year before. He was educated, out of college, and having a great time on the party scene. Condoms were for heterosexual couples avoiding pregnancy. 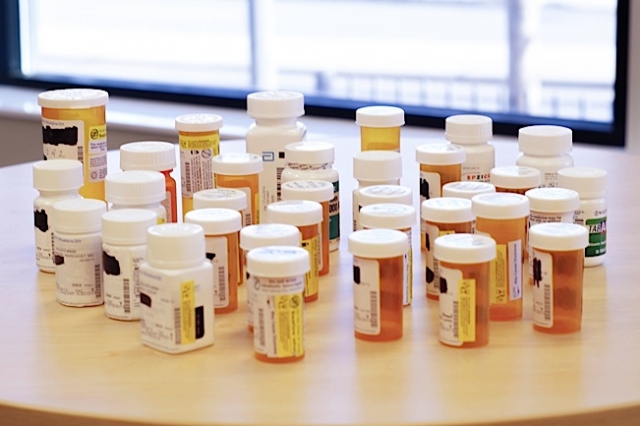 By the time he got back to the Twin Cities and started working, it was the early nineties, and HIV had changed from whispered rumor to the mainstream. Seeing the spread of the disease, Charles applied, and was approved for, private disability insurance. Charles was one step ahead of the insurance companies, who weren’t yet testing for the disease.

Private, permanent insurance is a good idea for most people, and an absolute must for any person living a high-risk lifestyle. The two most common are life and disability insurance. Disability policies can cover both short-term and long-term disabilities. Talk to a knowledgeable financial advisor or insurance agent about what’s right for you. If you’re young and in shape, they can be extremely affordable. Permanent, private insurance can address issues not covered by employer-sponsored plans. Best of all, if you change or lose your job, your life and disability policies remain in force, which is exactly what happened in Charles’s case. He suffered an extreme bout of vertigo at work, the first of his symptoms, and was hospitalized for a significant period of time with an AIDS-related illness. His T-cell count was at zero.

His employer assured him his job would be waiting for him. It wasn’t. His scheduled first day back to work was a Monday in 1996, and on the Friday before a letter arrived by registered mail. Charles had been terminated.

To Charles, that disability policy was a literal lifesaver. His medications, like most suffering from HIV-related illnesses, cost between $2,500 and $3,000 per month. He went on Social Security disability in 1996. Since he’s on full-time disability, he can’t work, so he spends most of his time doing volunteer work. He told his story across a desk at The Aliveness Project in Minneapolis, an amazing, member-driven facility providing food, healing therapies, counseling, and other supporting services to the HIV community.

Pat also had insurance. As a business owner with respectable income, he took it upon himself to seek private health insurance. The premiums were expensive; he recalls paying between $8,000 and $10,000 per year to keep the policy in force. Pricey, but worth it, as his HIV medication would be covered, saving him almost thirty thousand dollars annually. When his insurance company dropped him, and his income didn’t qualify him for assistance, he went to the insurance exchange and was able to buy coverage without having to take a physical. Today, with the help of the people at The Aliveness Project, he’s found a way to use coupons from the drug companies to pay for his out-of-pocket expenses. That’s another $3,000 in savings.

Today, most people have employer-sponsored health insurance through work. It’s a good idea to research your options thoroughly; don’t rely on the advice of your cubicle-neighbor. Talk to your human resources department, test their knowledge about the differences in coverage between the plans offered. Educate yourself about COBRA, a government sponsored program which may allow for temporary continuation of employer health coverage after losing a job. Ask for financial help. Find someone you trust and don’t hesitate – this may well be the most important decision you ever make. 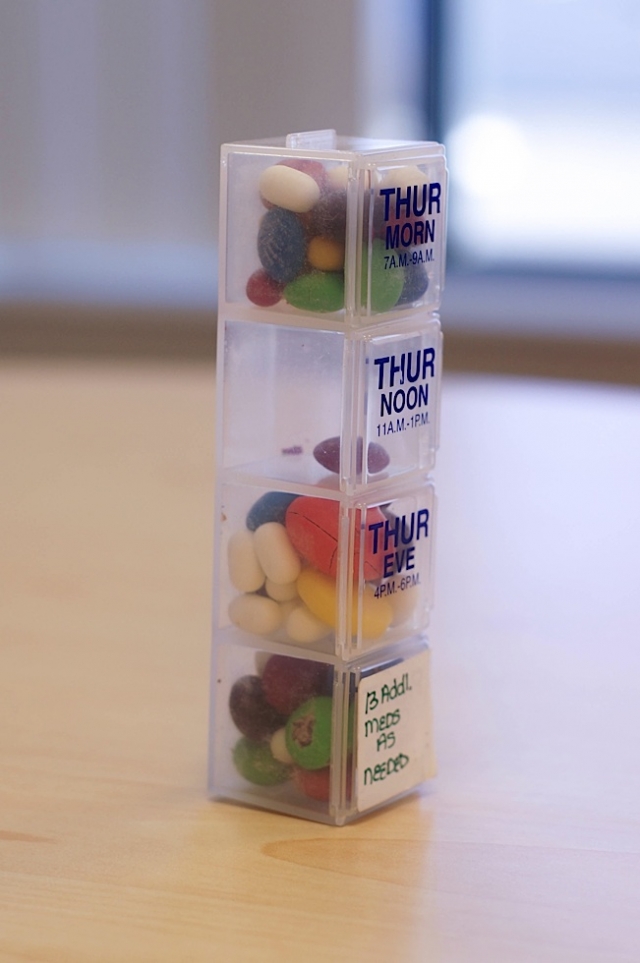 Xander knows this all too well. He was diagnosed in 1999 with the disease while living in Key West as young man in his early 20s. After his diagnosis, he didn’t think he was going to live, so he partied hard. By 2004 he was bankrupt, and still alive. When he realized he was going to live, perhaps a long time, he knew he needed serious financial help.

He found it through the Minnesota AIDS Project, a statewide nonprofit agency providing benefits assistance, case management, and financial assistance to those in need with HIV. They also provide assistance with Social Security Disability, finding housing, and coordinating insurance. Xander took a crash course in personal finance; his own. Today, he is Operations Coordinator at Clare Housing, another nonprofit organization providing housing support and counseling to Minnesota HIV patients. I asked him to describe the impact of helping people like himself.

“It has allowed me to forgive myself in ways that I didn’t think were possible. You don’t, like, expect when you’re a young gay male teenager that you’re going to get HIV. That’s not on the list of things to do. You’re invincible. And that was very much what I told myself, that I was invincible and that this would never happen to me. And then it did. And so there was a lot of shame and guilt around the diagnosis, period.”

Today, Xander is acutely aware that he cannot go without health insurance. He has coverage through work; his out-of-pocket costs are very manageable. Medications are covered. He receives assistance from the state, and counsels others on how to do so. He qualifies for ADAP, a state and federally-funded drug assistance program which helps him cover his costs. Having the safety net of ADAP is vital for me,” he says. His pills cost about $2800 per month. “For most people, $2000 in out-of-pocket expense is a lot of money.” Especially when you’re planning a wedding, which he and his partner will be celebrating in the spring. 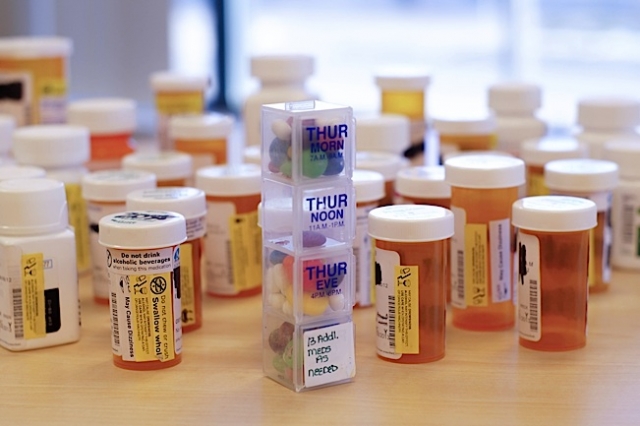 Also critically important is having one’s legal affairs in order, well in advance. Every person should have a will, durable power-of-attorney, and healthcare directive in place and updated periodically. These documents are considered the primary building blocks of any good estate plan, but also carry important benefits; they allow someone else the authority to make important decisions regarding a person’s finances and medical care if that person is unable to do so themselves. Seek out a qualified attorney or legal professional and have these documents created, their importance cannot be overstated.

Three very brave souls. One prepared in advance, one learned on the fly, one bravely picked up the pieces. All three spoke candidly about pill fatigue, the psychological side effects of years of swallowing life-saving medication that ravages their bodies. They are allowed no breaks, and each has his coping mechanisms and routines. A daily reminder of an avoidable mistake.

Mistakes can be costly; preparation costs nothing. Talk to a financial advisor.