Mark My Words: The Continual Process of Naming Our Community 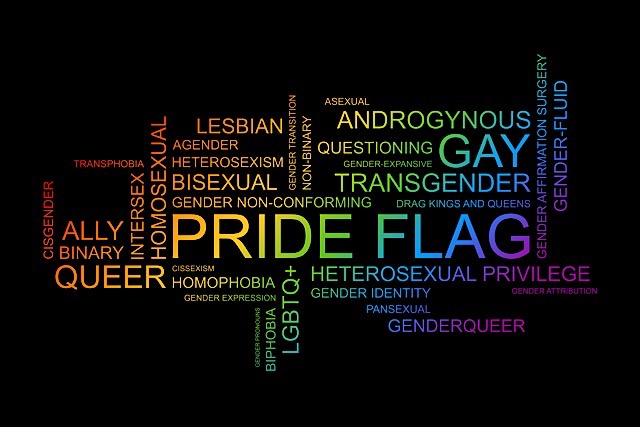 There’s been an interesting debate going on in our community, and it’s been a continuous one for many years now. It’s fascinating to watch the ins and outs of this issue. So let’s delve into it.

Since the 1960s, and even before then, there has been a debate within our community on what to name ourselves, and that has sometimes been confused with how we self identify individually. While we each have a say in what our community might be labeled or not labeled, individually we each have a right to our own identity. No one can take that away from you.

For me this debate goes back to one of the earliest Gay Liberation Front meetings in New York in 1969. While we all agreed that we had to take our identity back from an oppressive society, the idea of change was difficult for some. Up to that point the word most used in society for us was ‘homosexual.’ What few realized at the time was that the name ‘Gay Liberation Front’ not only took back our identity but also changed stereotypical views on who we were. It was a strong statement.

Gay was our community’s identity until it became viewed more as a male label and others felt it let out others. Next up was Gay and Lesbian, followed soon by GLBT, then LGBT, and then several variations. And today we are still defining our community. The one that seems to be present is LGBTQ+ but others wish it to be LGBTQIA+.

Of all the words that make up that LGBTQ acronym it’s the Q that has been the most controversial, and in some places still is.

Q at one time stood for Questioning, then some began to identify themselves as Queer, and for awhile we embraced them both, so it became LGBTQQ, but now it’s almost always refers to Queer, which brings us back to LGBTQ. Those who identify as queer often say it’s a political statement, reclaiming the word so it loses its power to hurt. Others say that it’s simply which best identifies them as an individual.

For the most part it has been older members of our community who oppose its use. Their feelings of hurt cannot be undone, and it’s a constant reminder to them of the bullying they went through. Others from the community feel LGBT is who we are, and adding the Q makes a description of our community political. To that I would add my motto for the last 53 years of activism: visibility creates equality, and visibility is political.

The one consistent in our search to define our community is that we just keep adding letters. At this rate we might eventually adopt the complete alphabet. Maybe we should call ourselves the 26 Community, accepting each of the 26 letters of the alphabet. On a serious note, as a community we are rather young. Gay Liberation Front helped create a community where there was none before, and this community has been evolving as we grew over the last 53 years. Our community is not isolated in evolving with change. We join the Black, Latino, Asian and Indigenous communities who also are working to embrace all segments of their communities.

It’s not always easy to define an entire community. Even community leaders have had issues with words describing their community. In Tavis Smiley’s “Death of a King,” the story of Martin L. King’s last year, you see him struggling with the change from using the word Negro to using the word Black. He realized that it represented a change in politics and one he should respect.