Love & Marriage & Then Some… 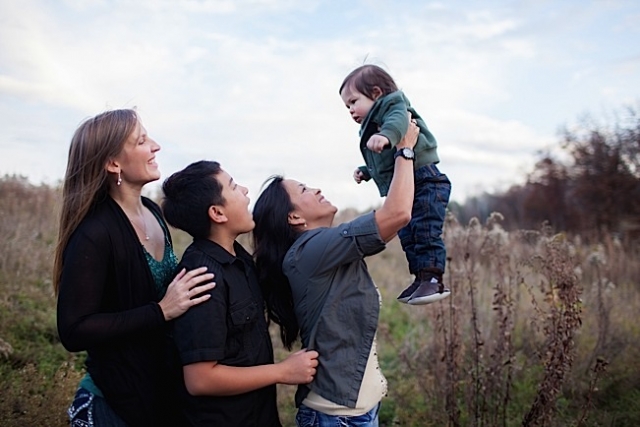 First comes love, then comes marriage, then comes…well, you know the rhyme. But those things can come in any order they choose — or we choose — nowadays. And with same-sex marriage, adoption, in vitro fertilization (IVF), and blended families, there are sure a lot of possibilities.

If you watch ABC Family’s show, The Fosters, also on Netflix, you know that there can be many different kinds of children in a family such as biological, adopted, and fostered. When I first met my partner, Donna, she already had a son from her previous marriage. I met Todd when he was eight. After Donna and I got married, before it was legal, we wanted to have a baby together and I wanted to experience being pregnant. But, stating the obvious, we are both women, so we can’t just wake up one day and say, “Oops honey, we’re pregnant!” Hence there is a process which I explain in my memoir, Diary of a Gay, Pregnant Bride. Below is an excerpt from the book.

Before we got pregnant we called our future baby girl, Michaela, after my dad, Michael. We planned to choose the gender and use IVF from a clinic. I had always wanted a girl, and with my mother saving all my dolls, which filled up two rooms in her house, there was no question.

Wanting the baby to be both of our genes, Donna and I planned to use one of her brothers as the donor. But deciding which brother to ask was difficult. One lived in Vietnam, one was in jail, one was homeless, and one recently got married. Vinny, the one who got married was the youngest and cutest, but he was also not fond of going out of his way for others and had a new wife to consider. 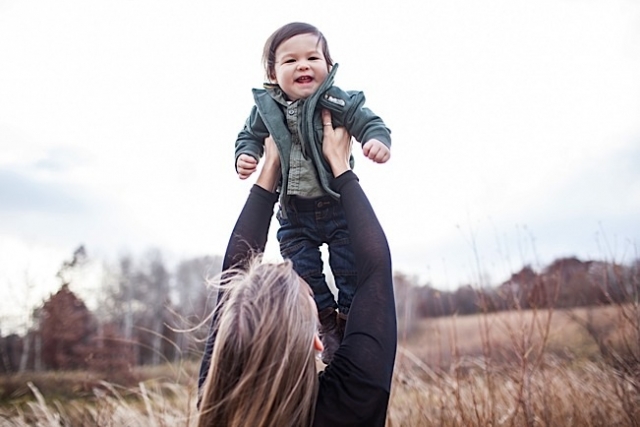 The homeless brother, Jake, was Donna’s favorite brother. He was honest and kind, but life circumstances didn’t help Jake to fix his situation. He ended up living on the streets until one winter, cold and with nowhere else to go, he agreed to let Donna bring him to our house. He didn’t want to impose on us and said he would rather live on the street than inconvenience us, but we had room and wanted to help him.

He lived with us for a year before we were ready to ask him the big question.

“Jake, we have something to ask you,” I said to him in our kitchen one night.

“We don’t want you to feel obligated and we want you to take a while and think about it, okay?”

He smiled awkwardly and asked, “What is it?”

Rolling his cigarettes at the table, Jake’s hands were gentle and careful.

“We were wondering if you would be able to help us have a baby by donating some of your sperm.”

“Of course. I’d do anything for you guys.”

“We want you to think about it, talk to your wife in Vietnam.”

I looked at Donna. She said some things in Vietnamese to him to make sure he understood my English correctly.

“You would just have a couple visits to the clinic for them to do some tests and collect a sample,” I said.

Donna and I giggled from the awkwardness.

The clinic process, as we found out, was more complex when you have a known donor and want to pick the gender of the child. We were prepared for the high costs, but not the two three-hour psychologist appointments an hour away, over three days that we had to coordinate with our three work schedules. Then there was the lawyer we had to go with through the company. They charged $1,000 just for signing the donor paperwork and we still had to drive an hour away.

The appointments started becoming too much for our schedules and pocketbooks, and then there was talk of quarantining the sperm for several months before we could start. Donna and I talked. 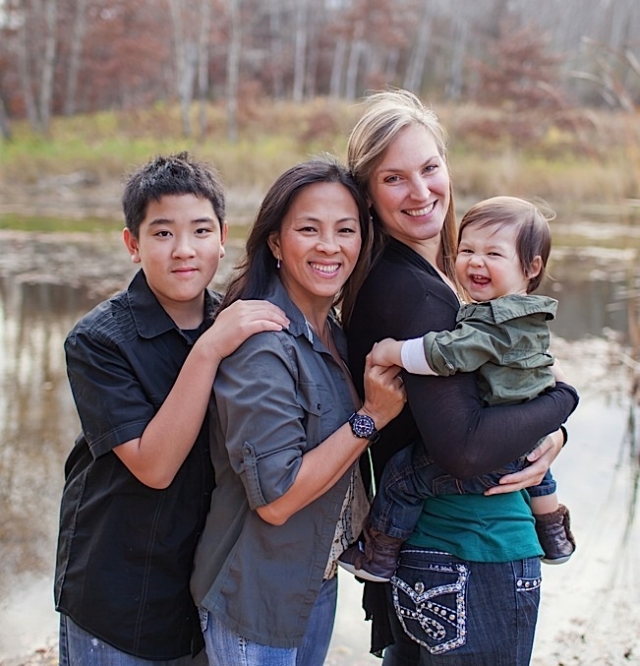 “I don’t necessarily have any fertility issues, and Jake already has two children in Vietnam,” I said.

“I don’t care anymore if it’s a boy or girl,” Donna said.

“I guess we can try on our own. And if it’s a boy we can save that IVF money for adopting a girl in the future. I just want to have a baby.”

The entire process became very convenient with Jake living in our basement. Since he was a smoker, I asked him a few days prior to ovulating not to smoke much. Then on the nights we would try he would let us know when the cup of life was on the table by saying, “Ok, I’m going out for a smoke now!”

On the nights we had Todd, Donna would entertain him while I tried my best with a 4-inch syringe from Target. Other times Donna would assist. I would then elevate my lower half afterwards to allow gravity to help in the process.

This went on for seven months, once a month.

“I think we should try two days in a row this time,” I said, after the sixth month. “And I’ll elevate longer.”

A few weeks later I took a pregnancy test and both the negative symbol and the positive symbol appeared, but much too quickly this time. I figured it was defective and decided to wait.

A few days later I took another test and it was negative. I tested again later, it was also negative. Wanting to be pregnant so badly, I researched test results online. I found out a test can appear negative if you drink a lot of water, which I had that day, and also it’s likely to have false negatives, but less likely to have a false positive. I waited until morning to test again.

Kelly Frankenberg is an artist and writer and lives with her family in St. Paul, Minnesota. See her books, blogs, and artwork at www.kellyfrankenberg.com, Diary of a Gay, Pregnant Bride comes out June 29th. See more at www.diaryofagaypregnantbride.com. 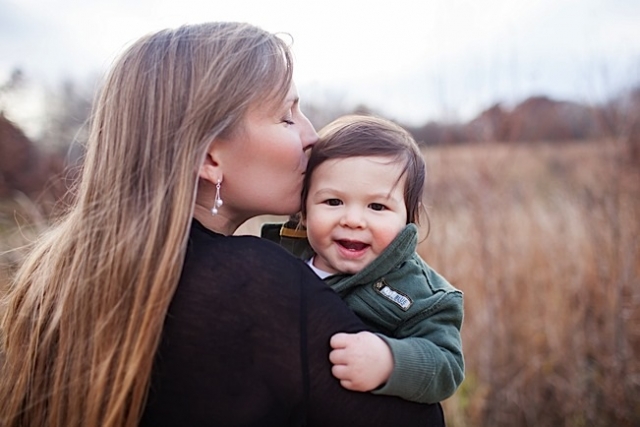 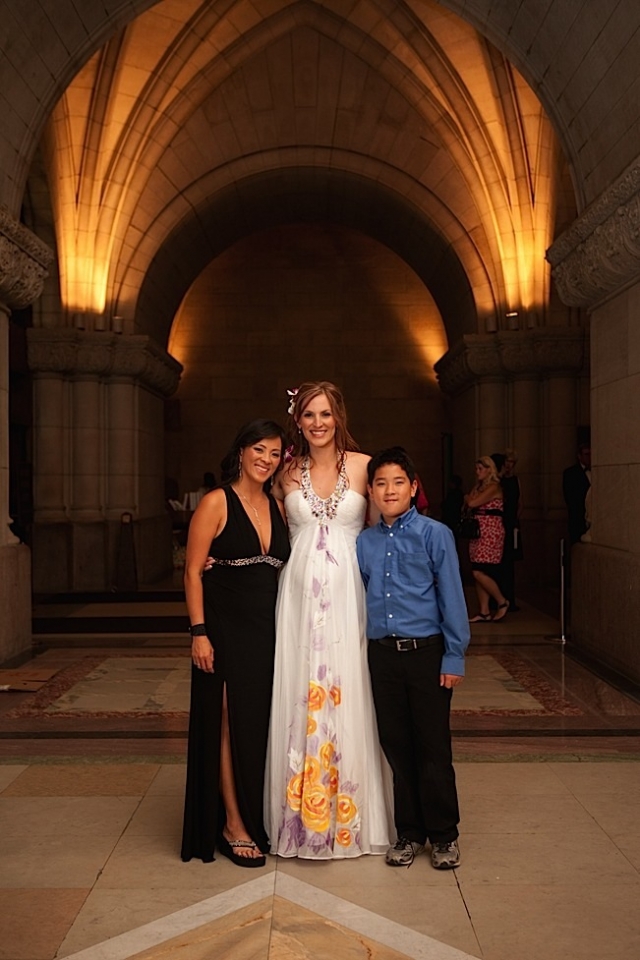 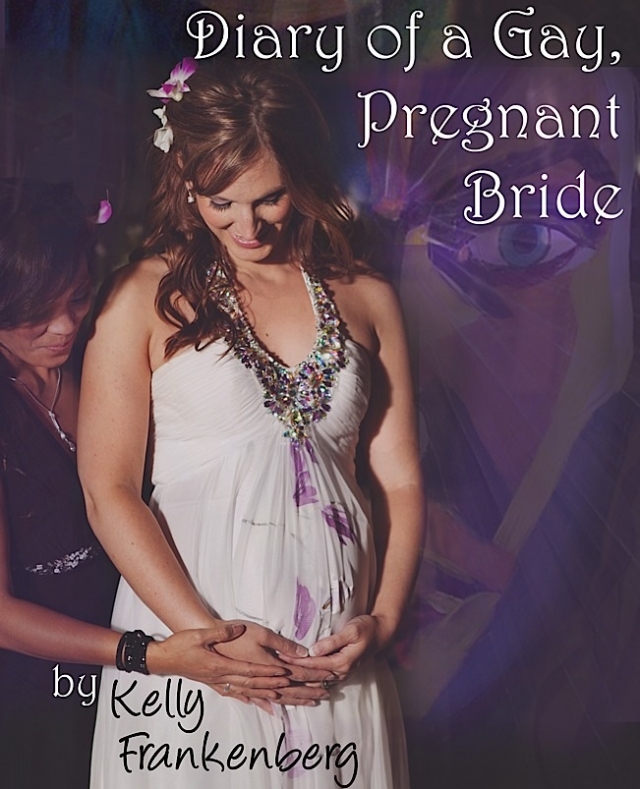