Wedding photographer Bryden Giving shares stories about coming out, being on The Ellen DeGeneres Show, and pursuing his dreams.

When Bryden Giving came out to his mother Michelle Messer, he was preparing for more than disclosing his sexuality; he was preparing to lose his mom. Knowing that she wouldn’t take the news well, Giving packed up his things and left for a weekend. After the weekend turned into three years, Giving was a junior at Gustavus Adolphus College when his mother had a change of heart.

“She expressed that she disclosed my sexuality to her father, who admitted that he had no problem with me being gay because Ellen, from his favorite show, was gay. This was a turning point for my mom, who also had been relying on The Ellen DeGeneres Show for support, education, and warmth during the challenging period my coming out had on her. My mom told me she was sorry for her initial reaction and asked me to forgive her. I shared with my mom that I forgave her a long time ago and completely understand why she reacted the way she did,” Giving says. “To this day, Mom and I could not be closer, and our relationship is stronger than ever, which is an immense honor and fortunate privilege.” 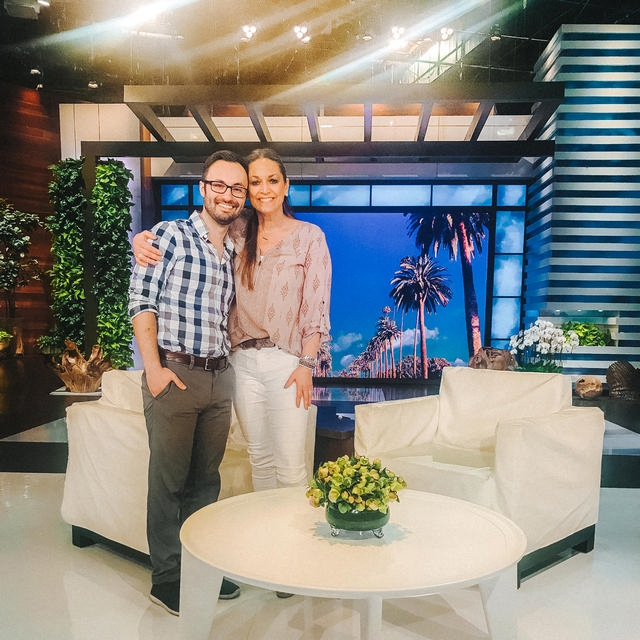 Bryden Giving and his mother Michelle Messer appeared on The Ellen DeGeneres Show in January. Photo courtesy of Bryden Giving

Knowing that The Ellen DeGeneres Show is ultimately what helped bring them together, Giving started writing them letters every week for four months before hearing back from some producers of the show who invited the two to be audience members at a live show.

“Her love is powerful, unconditional, and so deserving of a dream of attending The Ellen DeGeneres Show. My mom, present day, still will mention how she regrets how she first reacted when I came out,” he says. “So, I thought what could be more of a powerful way of showing it’s all okay and that she should forgive herself than by getting my mom to The Ellen DeGeneres Show?”

Giving says that while sitting in the audience, Ellen called him and Messer onstage and presented them with a check to go on a vacation together. Though a vacation is always a good idea, Giving says they split the money among the family to pay off loans and other payments.

“I constantly go back to the YouTube clip of our time on the show and re-watch the first twenty seconds,” Giving says. “I love seeing my mom’s reaction. It’s pure happiness and warmth, which are two things she deserves, and I wanted her to know that.” 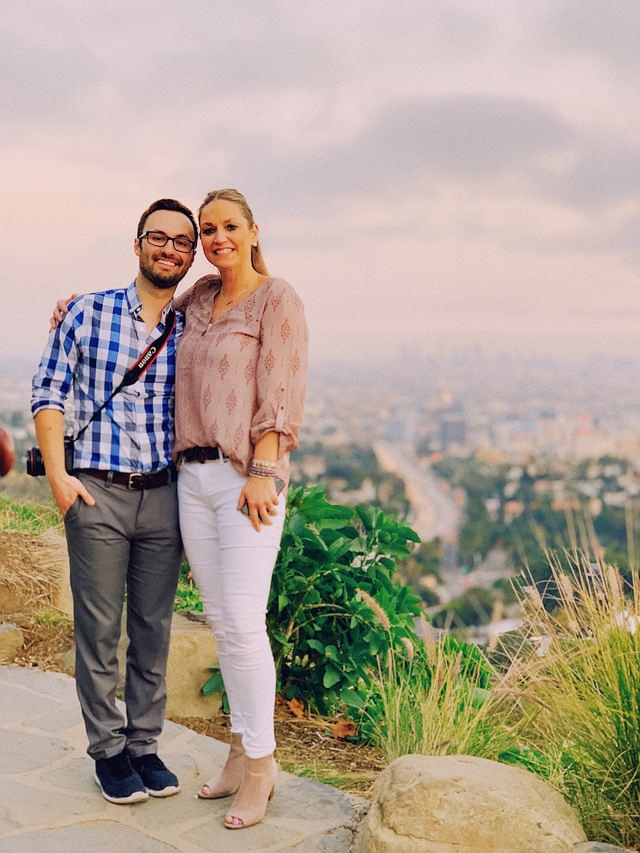 Bryden Giving, seen here with his mother Michelle, is a pediatric occupational therapist and wedding photographer in the Twin Cities. Photo courtesy of Bryden Giving

“It is not a full-time endeavor; I am a full-time pediatric occupational therapist specializing in children with ASD and evidence-based practice,” Giving says. “However, I do allow myself a small number of weddings throughout the year because I love connecting with couples and the excitement of weddings.”

The love, forgiveness, and humanity Giving has experienced since reconnecting with his mother reflects in his photography today. He says he likes to capture people, but more importantly, the things they are feeling, hoping, and dreaming.

“I want to inspire and empower humanity through people, love, and stories. My direction as a photographer for all of my work has been as a photojournalist due to stories heavily enlightening me. I primarily do weddings, but I also do family photography, engagement sessions, and more,” Giving says.

Giving says he hopes other GLBT youth will be inspired by his story to love themselves and be open about their sexuality.

“I feel our story relates to many other gay youths due to it not being one of the two classic coming out scenarios of your parents fully accepting your identity right away or your parents not accepting you and that’s the end of it,” Giving says. “My mom initially did not accept it because she was worried about my safety. But when I got over my anger toward my mom for not fully accepting me when I first came out to her, I realized I did not grant my mom any patience, something she fully deserved.”

Bryden Giving and Michelle Messer’s story of her accepting his sexual orientation was the impetus for their appearance on Ellen DeGeneres’ talk show. Photo courtesy of Bryden Giving

And now, with a little forgiveness, a lot of love, and some help from Ellen, Giving and his mother are closer than ever before.

“Just because my mom did not accept me right away does not mean she doesn’t love me. In fact, my mom’s love for me was so strong that she went through the long and challenging inner battle within herself combating her and our town’s beliefs about people who are queer,” he says. “I think that is a powerful and unconditional love, if you ask me.”