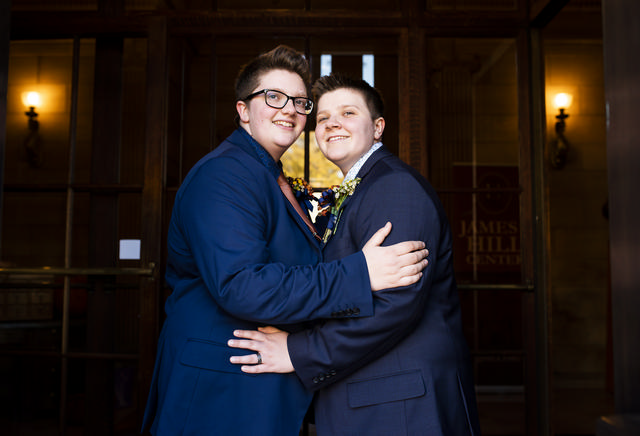 From college sweethearts to spouses, Mel and Rebecca Hervonen share their love story.

It was a normal April day in college. Students were finishing up midterms and praying that they would soon see sleep again. Mel Hervonen’s (Wewers at the time) roommate decided to celebrate the end of the grueling test season by throwing a party at their apartment. Though Mel objected, they agreed to let the party happen anyway. And boy, are they glad they did. 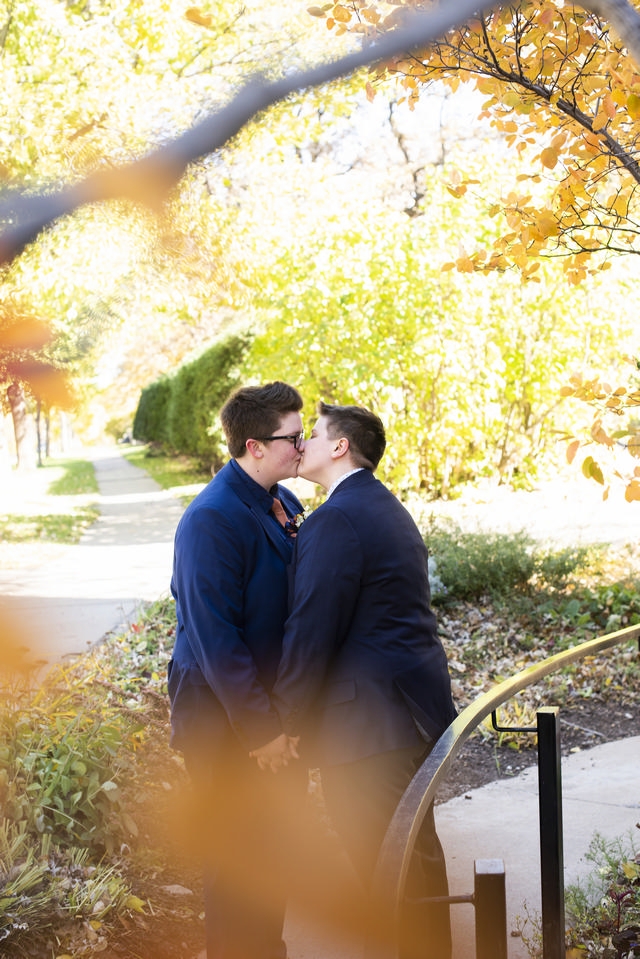 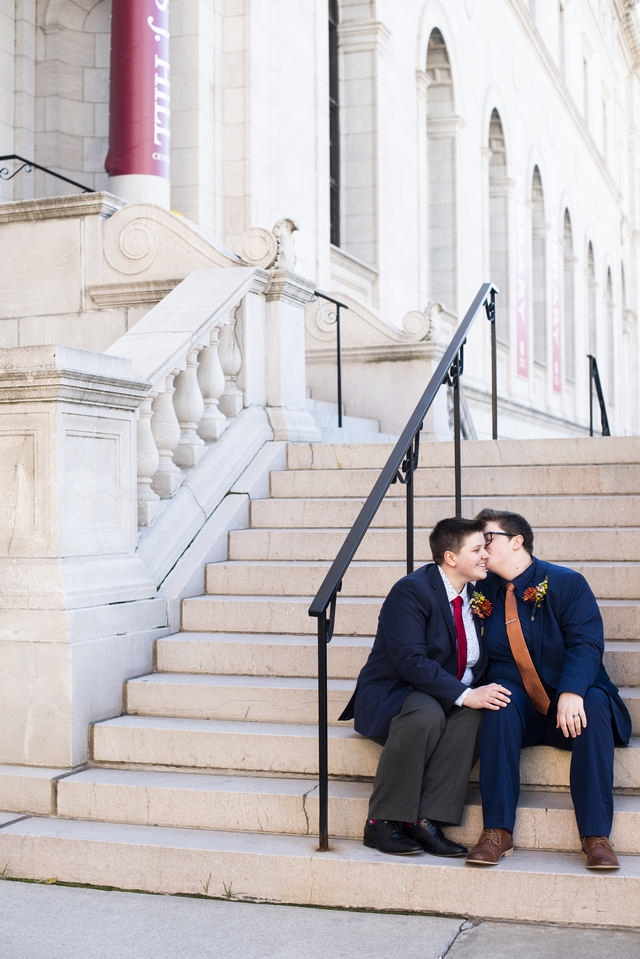 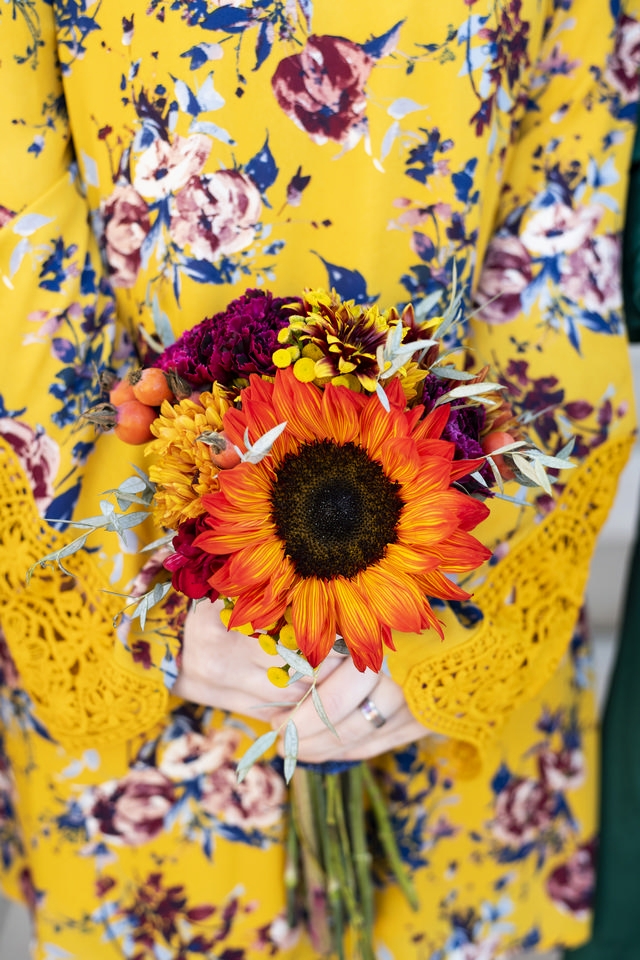 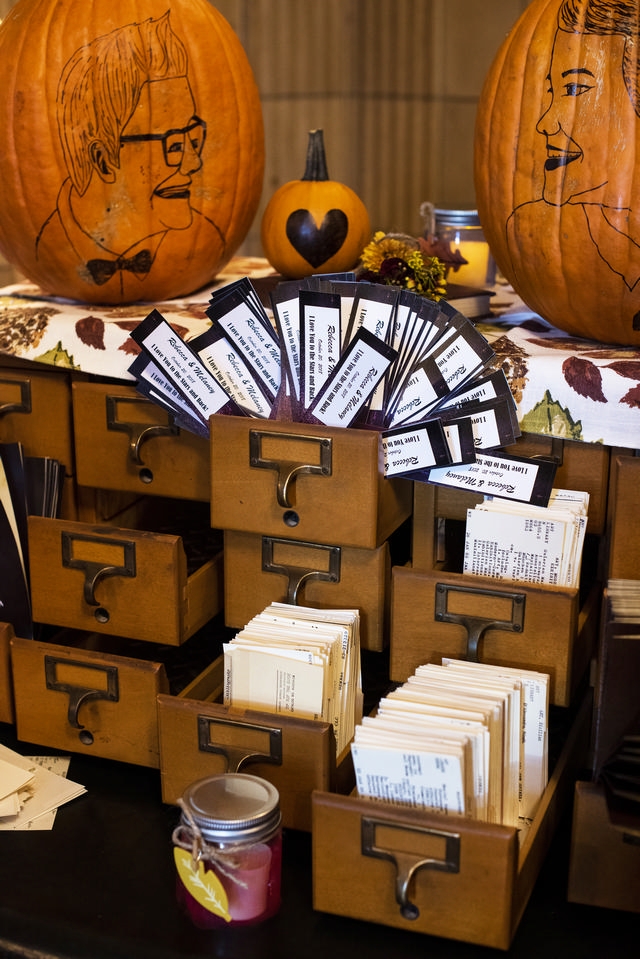 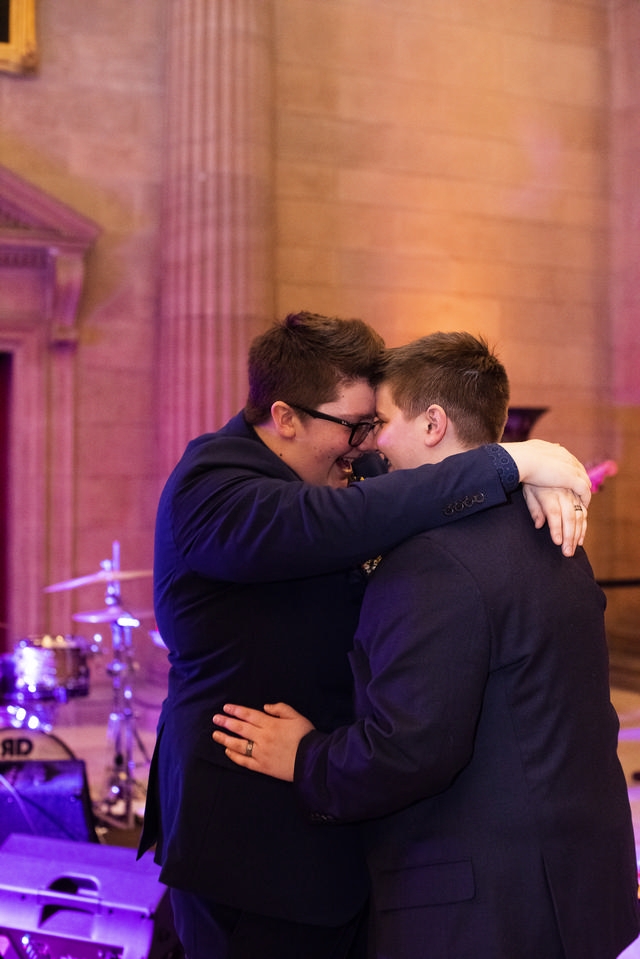 Rebecca Hervonen had just finished up her final midterm and was ready to enjoy a long, deep slumber to recuperate. As they dreamed of diving headfirst into a weekend-long nap, their friend mentioned a queer party that would be happening that night and suggested that Rebecca come along. Though they wanted to be anywhere but a loud, late-night party, they agreed to go anyway. And boy, are they glad they did.

Once Rebecca walked through the door of Mel’s apartment, the two were immediately attracted to each other. The two talked for hours about anything and everything, discussing Mel’s upbringing in the suburbs of Milwaukee and Rebecca’s in St. Paul, bonding over their shared love of Parks & Recreation, and watching episode after episode of the show. As the two laughed over Leslie Knope’s witty one-liners, Mel finally worked up the nerve to kiss Rebecca. And the rest is history.

Though both Mel and Rebecca went into college with uncertain plans, they both left knowing one thing was for sure: they were meant to be together.

“I originally went there with the intention of becoming a teacher, but I eventually went down a different path. For a while, I was unsure of what I wanted, but my passion for creating positive change and helping others that I care about (these core values are a big part of why Rebecca and I connected so strongly and immediately) drove me to major in gender and women’s studies and Spanish. I continued playing sports in college by trying out a new one: rugby,” Mel says.

The couple relocated to the Twin Cities in May 2018 once Rebecca got a job at the University of Minnesota as an administrative associate in the neuroscience department. Mel embraces her sportiness by joining a rugby team, expresses her artistic side by playing guitar and writing music, and finds new interests by exploring cooking and baking. 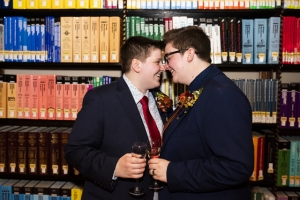 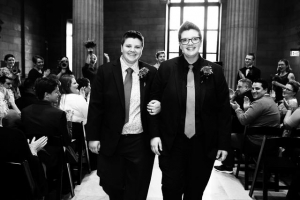 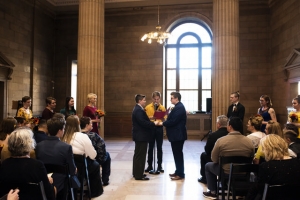 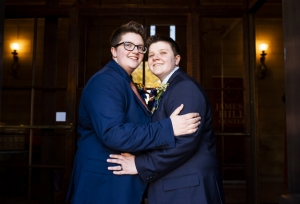 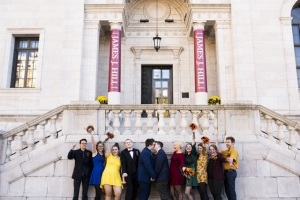 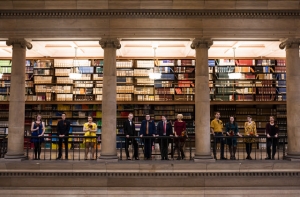 “In 2019, I am looking forward to showing Mel more of that the Twin Cities have to offer, especially when the weather warms up,” Rebecca says.

Though Mel and Rebecca don’t entirely believe it was love at first sight, the two wasted no time falling head over heels for each other. The couple got engaged after Mel proposed six months into the relationship by writing a poem that led Rebecca to a park where they first said “I love you” to each other.

The couple tied the knot on Oct. 20, 2018 in St. Paul. The ceremony was officiated by a friend of the couple, and after they read their own vows to each other, the couple left to get some time alone together before the reception.

“We had cocktail hour and dinner where we spent some time talking to family members and friends, thanking them and telling them how much we appreciate that they could be a part of our big day. After dinner, our friends and Rebecca’s parents gave speeches. They were heartfelt and emotional, hilarious, and entertaining. Then we had our first dance to the song ‘She’ by Jen Foster, a song that was the gay cherry on an already very queer wedding ice cream sundae,” the couple says. “We danced with our parents to ‘What a Wonderful World’ and then the party got started. The live band was, well, lively. Everyone got up and danced and had a great time. We will both remember how much fun it was to show off our dance moves with everyone we love so dearly. We partied until the early hours of the morning. It was a very long day filled with so much excitement and emotion, but we wouldn’t change it in any way if we could.”

With a wedding of more than 150 guests, Mel and Rebecca say they were both feeling a little nervous before walking down the aisle, though their friends quickly helped calm their nerves.

“That day will be something I will cherish forever. It couldn’t have been more perfect,” Mel says.

Rebecca says they loved dancing with friends and family to the music of the live band, and though the dancing might have made them tired, they didn’t want the night to end.

“By the end of the night, I was beat, but happier than ever,” Rebecca says.