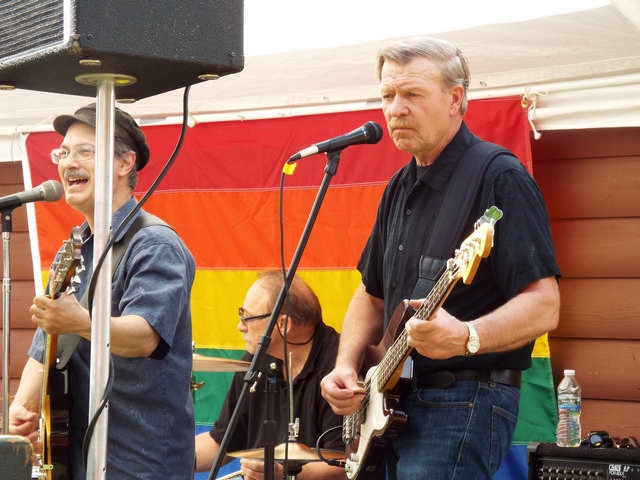 East Central Minnesota Pride celebrates its 15th Pride with “Pride in the Park” in Pine City.

“East Central Minnesota Pride was born in 2005, as a fifth anniversary celebration of the East Central Men’s Circle, a discussion group for gay, bisexual and questioning men of the region. It was the first Minnesota Pride not held in a metropolitan area and one of just two other rural prides in the United States,” says Phil Schroeder, ECMN Pride committee chair.

Attendance at the four-hour event has grown to about 300-400 annually. Along with this growth and the support of the East Central Regional Arts Council, the quality of the entertainment has grown as well. Minnesota artists such as Chastity Brown, Katy Vernon, Kat Perkins, Mark Joseph, Kind Kountry, and a host of local supporting acts have provided the high quality entertainment and positive vibe that’s been key to Pride’s success, Schroeder says.

“ECMN Pride has endured despite a small segment of the local community’s opposition, protest and other means to create barriers, both in promoting the event and accessing the use of potential locations. In 2011, ECMN Pride was recognized as ‘Minnesota’s Small Town Pride’ with a Community Pride Showcase award presented at the MN State Fair,” he says. “What started 15 years ago as small event organized by a few volunteers, has grown to an award-winning, major, one-of-a-kind regional event.”

Despite the vast turnout at ECMN Pride each year, Schroeder says that without this event, he believes this part of the state would not have any GLBT population.

“We draw people from as far south as the Twin Cities, north to Duluth, and to the adjoining Wisconsin counties. We’ve seen steady growth in first time attendees and are also drawing a broader-aged audience, showing gains in the 18 years of age or younger and the 19-to-30 age groups,” Schroeder says. “These are important gains over the usually older demographic we’ve drawn in the past. Many LGBTQ and people from other diverse backgrounds living rurally or in small towns still often find it necessary to go to neighboring large cities for cultural experiences and/or to find quality entertainment.” 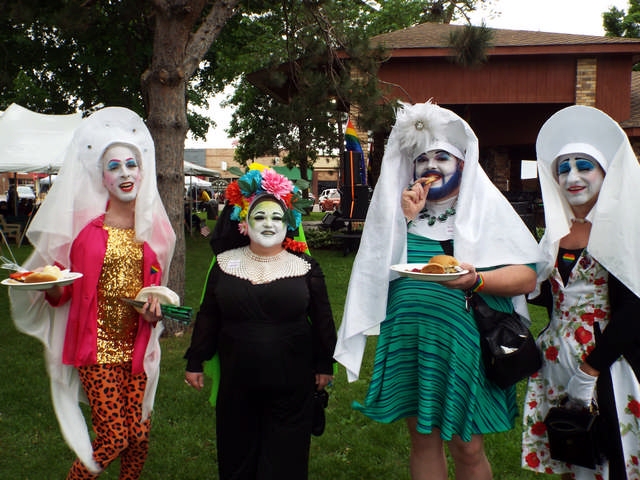 Likewise, the rest of the east central MN citizens might not have an opportunity to attend events where they can share in a cultural experience with people from a variety of social, economic, racial backgrounds, and sexual orientations.

“We feel our event fulfills both needs. It has also been a goal to use the performing arts as a vehicle to bring the LGBTQ and other diverse groups—as well as the general population—together in a safe, welcoming, high quality, culturally-rich experience,” he says.

This year’s “Pride in the Park: 15 Years of Positive Change” has a lot to celebrate. In addition to the 15 years of ECMN Pride, it will mark the 20th anniversary of Men’s Circle, which began in April 2000 and the 50th anniversary of Stonewall.

“Because we’ve always celebrated pride on the first weekend in June, we kick off the summer and June Pride month in Minnesota. This year, in celebration of these milestones, we will open Pride 2019 with a ceremonial ribbon cutting at noon,” Schroeder says. “As always, the event is free to attend, tobacco and alcohol free, and family-friendly. There’s a wide variety of vendors and exhibitors, live music, food, arts activities, and entertainment. Emceeing the event is Twin Cities’ Public Television’s Val Mondor.”

To encourage GLBT community members and allies of all ages to check out this year’s Pride in the Park celebration, Schroeder says they will be having the Wyoming Area Community Arts Council return this year with their popular “Kids Can Be Artists Too!” program, which allows children of all ages to paint canvases.

“We will once again host the traveling exhibit from the Tretter Collection in GLBT Studies from the University of Minnesota, providing viewers with an international history of LGBTQ thought and experience. We also are pleased to have the organization, ‘All are Welcome Here’, with their message of positivity and inclusivity as one of our co-sponsors,” Schroeder says.