The recipients of the Lavender Community Awards were nominated and voted for online in the month of November. Winners demonstrate clear dedication and leadership by being either out or an ally and working for the advancement of the community that is comprised of gay, lesbian, bisexual, transgender, queer, and allied people. Without further ado, we are proud to present the recipients of the 2018 Lavender Community Awards. 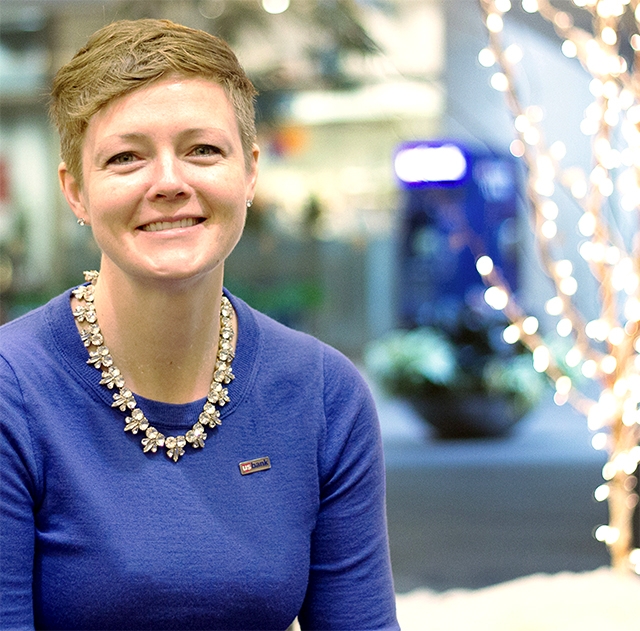 Ann Dyste serves as the LGBTQ strategy manager for U.S. Bank, which is the first role of its kind at the corporation. In her role, Dyste cultivates an inclusive customer experience for LGBTQ folks, though inclusivity isn’t something Dyste has always experienced in the workplace.

“Of course, I haven’t always been in this role and haven’t always been out in the workplace. I’ve spent most of my career checking my true self at the door while badging in every day. I was good at my job and I had convinced myself that my colleagues didn’t need to know,” Dyste says. “I traded words like ‘her’ or ‘she’ for words like ‘they’ or ‘we’ when telling stories about my weekend plans. It was silly and exhausting. My relationships at work were pretty shallow.”

But now that Dyste is out and serves the community in her new role with U.S. Bank, she is ensuring that others don’t have to experience what she once did. Dyste says she sets up GLBT employees up for success by maintaining things like Pride celebrations, U.S. Bank Pride themed debit cards, Spectrum Business Resource Group, an GLBT flagship branch in San Francisco, training, supplier diversity, and community involvement.

“Creating a culture of inclusion is the right thing to do, and, as it turns out, it’s also a business imperative. Companies are beginning to recognize that they need us (LGBTQ people and other diverse communities) to realize their own potential, and that is what’s empowering,” she says. “Being out at work is still scary and not an option for some across the country. For that reason, I don’t take for granted that I have an opportunity to have a voice for employees and customers.” 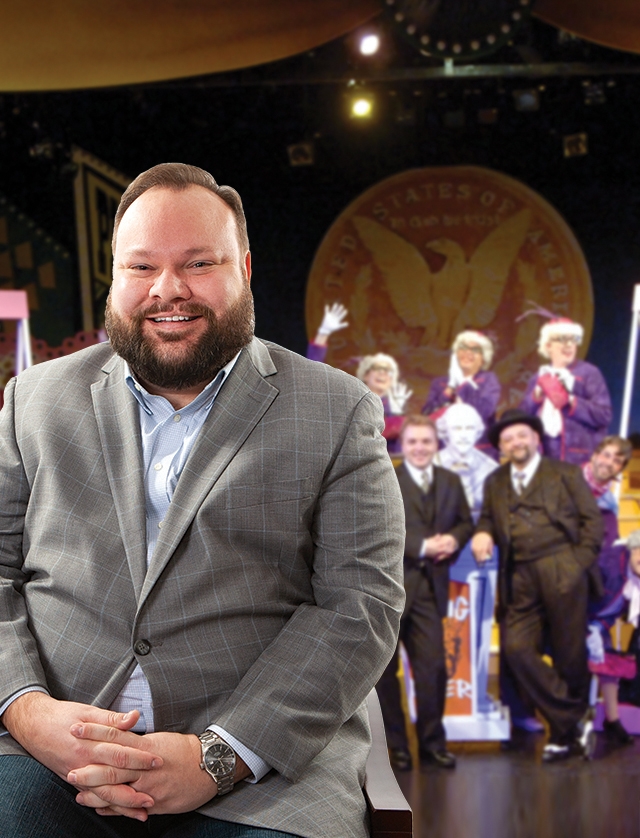 Joel Rainville became invested in performance arts at a young age. With parents who encouraged him to take up piano, Rainville grew up playing instruments and singing in a choir, which led to joining the St. John’s University Men’s Chorus.

“Two of my earliest arts experiences that I remember were with my family at Babar the Elephant at the Children’s Theatre Company as a toddler and with my mom at Peter and the Wolf at the Minnesota Orchestra in kindergarten. Regularly attending arts events was a part of my growing up,” Rainville says.

After sticking to a path in arts, Rainville ended up at Chanhassen Dinner Theatre as the director of sales and marketing.

“I was asked to serve as the director of sales and marketing on an interim capacity, and in early 2013 after a search and interview process, I was asked to serve in the role formally. I am so lucky to work for these amazing people at this magical place. It’s like driving from one home to another every day,” Rainville says. “Everyone who works at Chanhassen is dedicated to ensuring that we are providing our guests with the best experience.”

Since he was a child, Rainville has been an ally to the GLBT community. As a student at St. John’s University, Rainville helped start an GLBT student group called Prism, which remains active 22 years later.

“I didn’t realize at the time that flying a gay pride flag from your dorm room at an all-male Catholic university could be considered courageous. I just thought it would show other LGBT students that they had a friend or a place to turn,” Rainville says. “When I was working in mortgage finance, I was an active member of that institution’s LGBTQ employee resource club.”

Rainville says that today more than ever, we need opportunities for people of different backgrounds and different ages to come together and share in an experience and be changed together.

“We need the arts to remind us of our humanity so we don’t forget to live, laugh, and love,” he says. 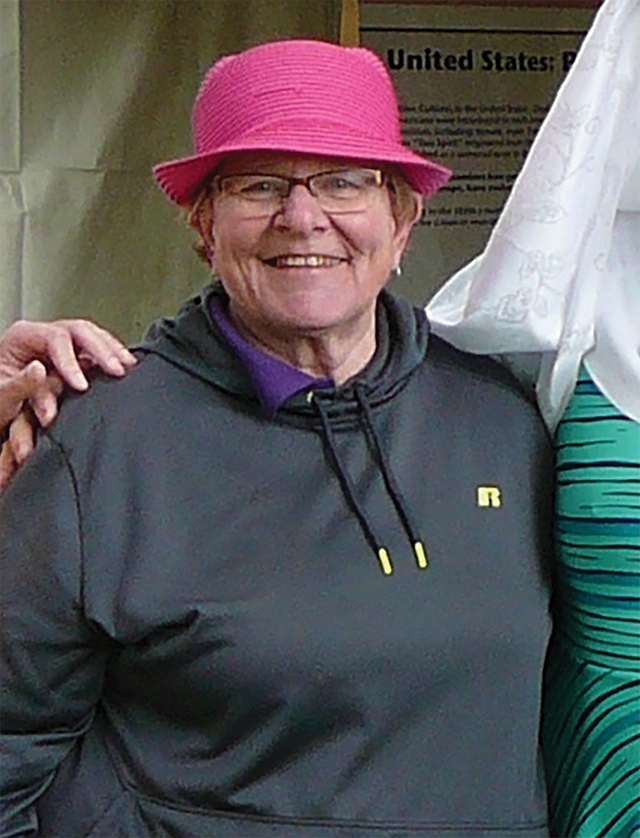 As a regular volunteer at East Central Minnesota Pride, Julie Redpath saw the event grow more and more each year. In 2010, Redpath says the Pride Planning Committee was formed, which is when she became a regular fixture on the committee.

Redpath says she and her partner Rebecca Hostetler have supported the community in a number of ways including serving as election judges, supporting the diversity groups within Pine Technical College and Anoka Ramsey Comunity College, and celebrating with GLBT clergy when they are called to serve churches in ECMN.

“When Rebecca and I moved from St. Paul to Rock Creek, we were apprehensive about finding a gay community and wondered if we would be able to be out as a couple,” Redpath says. “After meeting a few women, especially at Pride, it seemed that a women’s social group would be welcome.”

Redpath says that politically, Minnesota was in the process of proposing the constitutional amendment that would define marriage as only between a man and a woman, so the timing seemed right for creating a safe space for the discussion and organizing.

“Our first gathering in 2008 to test the interest brought about a dozen women and a lot of enthusiasm. Our mailing list is up to 40 now, and we are usually a group of about 20 as we continue to meet monthly. What an amazing circle of friends this turned out to be,” she says. 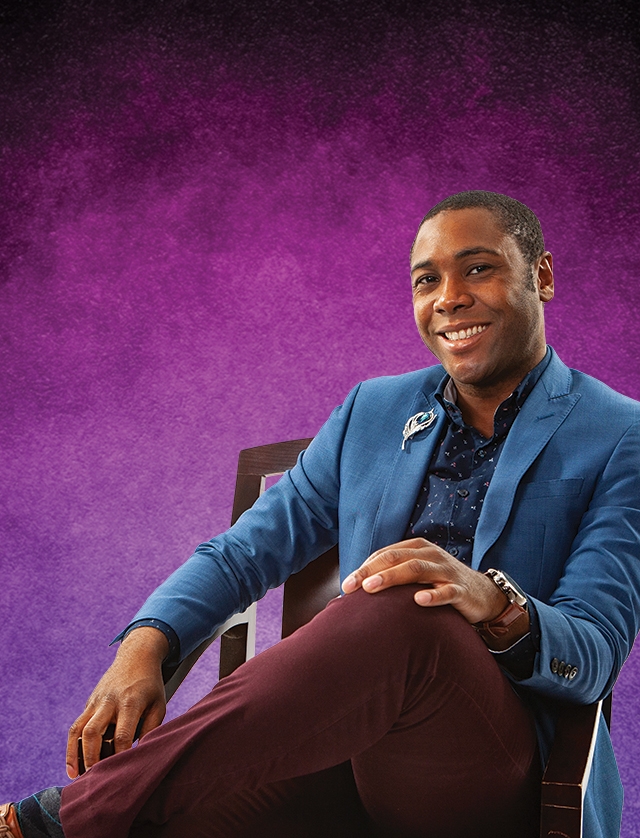 Organizational Involvement: Program Coordinator of The Forum on Workplace Inclusion at the University of St. Thomas

As the program coordinator of the nonprofit organization The Forum on Workplace Inclusion at the University of St. Thomas, Benjamin Rue is continuously donating time and energy to the GLBT community.

“First and foremost, I work for a nonprofit organization, which as most who work or have worked in the nonprofit sector will attest, you do end up essentially donating a great deal of your time and effort to the work,” Rue says. “I have also ridden hundreds of miles in the Red Ribbon Ride over the past three years, raising vital funds for HIV/AIDS awareness and research and to fight stigma. I and am excited to ride my fourth year this summer!”

Additionally,  Rue says he is a board member of Gay4Good Twin Cities, a nonprofit with the mission of changing hearts and minds by doing good.

“We host monthly volunteer service projects with various organizations across the Twin Cities, including Clare Housing, House of Charity, One Heartland, Open Arms MN, Books for Africa, Free Bikes for Kidz, and many more,” he says. “Together, in 2018, we partnered with 16 organizations, completed over 900 hours of service, and helped thousands of people throughout the Twin Cities.”

Rue says his favorite part of the work he does is having the opportunity to give back to the community and help improve the lives of others.

“As part of the GLBT community, I feel it is my responsibility to give back to my community,” he says. 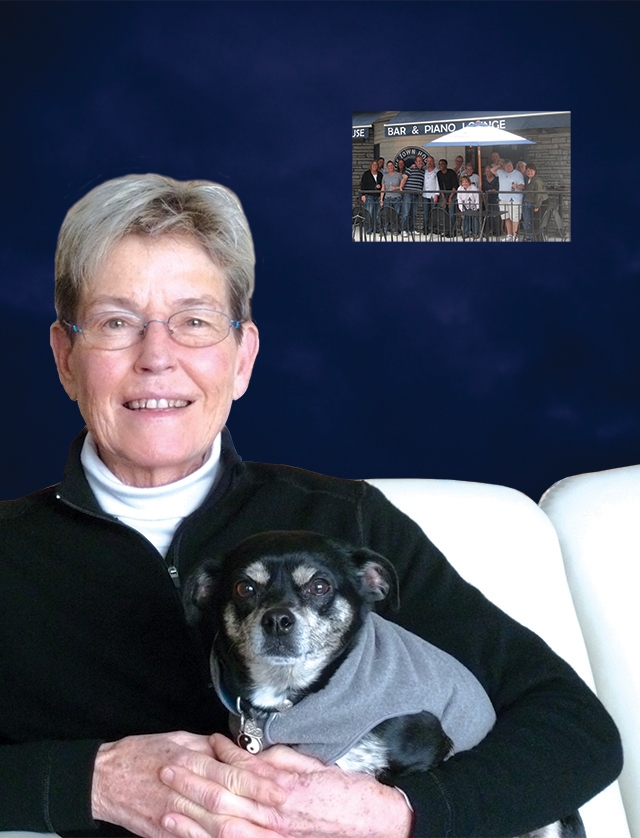 When St. Paul’s renowned lesbian bar The Town House closed, it was a loss for the community. For former owner Holly Monnett, it was the loss of a major part of her life.

“I began my employment at the bar in 1974 working as a dishwasher and janitor. In 1976, I became a bartender and was promoted to manager in 1980,” Monnett says. “At that time, I set my mind to one day own the business. That opportunity came in 1987 when I became co-owner with my longtime friend, Marty Bergman. In 1996, I became sole owner until I sold the business a few months ago.”

Monnett says that The Town House was different from other bars because it truly was a welcoming place for anyone and everyone.

“I loved working in the background managing the business and property, which allowed those who loved the spotlight to shine. We are known for giving back to the community through fundraising efforts, and I had the pleasure of working with two of the best fundraising experts in the Twin Cities. Mickey Short, Mary Brewster, and friends have raised tens of thousands of dollars over the years for animal rescue organizations and organizations for those living with HIV,” she says.

The Town House, once the oldest gay bar in St. Paul and second oldest in the Twin Cities, was beloved for its dance nights, drag shows, karaoke, and multiple charitable drives and events. Over the 44 years of working at The Town House, Monnett says she had a great career filled with the best coworkers and customers.

“The Town House was the foundation of my life, both professionally and socially. I cared deeply for my employees and often times included them in decision-making when changes needed to be made, which in turn created a comfortable working environment for all,” Monnett says. 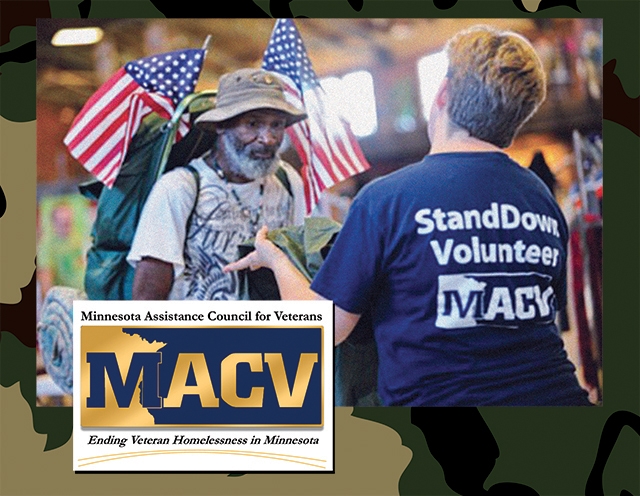 Serving veterans from all walks of life, the Minnesota Assistance Council for Veterans provides housing, employment assistance, and other resources to veterans in need, including GLBT veterans who often struggle with homelessness and acceptance.

According to MACV COO Jon Lovald, GLBT veterans have historically received dishonorable discharges from the military if they ever came out. Because of this, many GLBT veterans struggle to find veteran-designated assistance because of their inability to wear the title that they deserve.

“If you’re a veteran, there are more services available to you than just the average person,” Lovald says. “If you aren’t associated as a veteran, you are eliminated from those services. There’s a lot of social stigma preventing them from getting resources they need and deserve.”

MACV helps GLBT veterans change the status of their discharge from dishonorable to honorable or find housing and other resources that are not available to them through other organizations.

“So many veterans aren’t even officially labeled veterans, so MACV helps achieve this status for them. We’re now in a much better place as far as making the military a more welcoming place to GLBT folks, women, and other minorities, but we still have work to do,” he says.