Lessons To Be Learned, Life To Be Lived 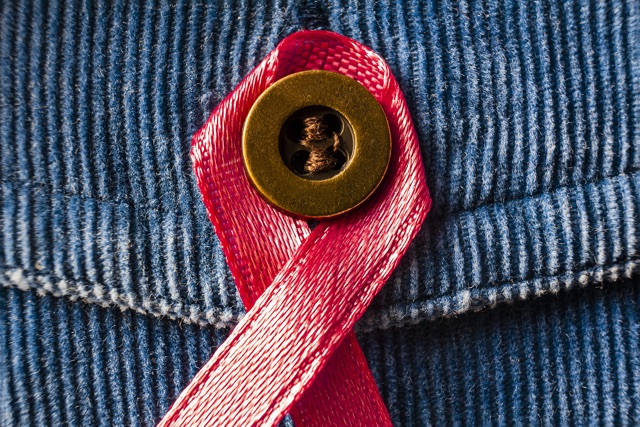 In recognition of World AIDS Day on December 1, Daniel R. Sullivan, MA, LPC, BCAS, discusses the many roles he’s performed in relation to his own HIV diagnosis, and his experiences working with others living with HIV/AIDS.

The COVID-19 pandemic has pretty much been all-consuming of our lives since March. But before the coronavirus, there was another epidemic that has claimed millions of lives—HIV/AIDS.

Today, folks with HIV/AIDS can live long, healthy, and happy lives with the immunodeficiency syndrome, but that, of course, wasn’t always the case.

“I can barely remember when HIV/AIDS was not a part of my life. It certainly has been a part of my life for more years than not. It was 1981, and I had just graduated from high school. There were occasionally very brief and often hidden articles about this ‘gay cancer’ that started to show up in a few gay and bisexual men in NYC and San Francisco. The articles were often placed in the back pages of newspapers. It was all very hush hush. One year later, there were louder rumblings about what had gone from being the ‘gay cancer’ to GRID-Gay Related Immune Deficiency,” says Daniel R. Sullivan, an HIV-positive therapist.

It was not until the end of 1982 that that terminology was changed to AIDS: Acquired Immune Deficiency Syndrome, and by 1983, panic over the epidemic was growing internationally, Sullivan says.

“There were talks of quarantining anyone testing positive for HIV, false information was rampant. Rumors led to irrational assumptions and behaviors. There was wide spread belief that a person could contract HIV by swimming in the same pool, drinking from the same glass, eating off the same plate, and sitting on the same toilet as someone who had tested positive for HIV,” he says.

Sullivan was most frightened by the fact that when the AIDS pandemic was first recognized in 1981, the Ronald Reagan administration treated it like a joke. “Regan himself did not acknowledge the existence of HIV/AIDS until late in 1987. By then, 23,000 people in the United States had died,” he says. “Even then, Reagan alluded to the fact that the disease could disappear simply by ‘moral standards’ being upheld.”

In other words, if sex were kept in the confines of a monogamous, heterosexual relationship, HIV/AIDS would “disappear” according to Reagan.

“How familiar does all this sound? Foolishly, I remember thinking, ‘well I’m sure glad we have learned from our mistakes. This would never happen again,'” Sullivan recalls. “Obviously, 2020 has proven me wrong.”

Sullivan says he often reminds himself that if he could survive one pandemic, he can survive another, a sentiment that he says many of his male clients share.

Over the years, Sullivan has worked as an advocate, activist, friend, support network, volunteer, peer counselor, study participant, surrogate “son” for mothers who lost a child, a reassuring presence for folks who died of AIDS so that they wouldn’t be alone, pall bearer, minister, therapist, public speaker, author, educational counselor, and a gay man living with (not dying of ) HIV.

Now, Sullivan works as a therapist, counseling people who are newly diagnosed with HIV, “providing the resources they need, teaching them that the best advocate they have medically is themselves, but most of all working with them to understand that life doesn’t end with a diagnosis of HIV,” he says. “As a matter of fact, it could be the beginning of something amazing if they are open to it.”

Sullivan says he wants people to know that HIV effects everyone differently, and that a diagnosis of HIV does not have to be a death sentence.

“A person who has seroconverted, becoming HIV positive can live a happy, healthy, long life. With the ever-changing advancements in HIV medications, you can remain undetectable, and thus cannot transmit HIV to someone who is negative,” he says. “Despite all of the advancements, each person needs to stay up to date on the constantly changing information; be aware of the medications out there like PrEP, which when taken daily, has a 99 percent effective rate for stopping the transmission of HIV.”

If you are negative, be informed and know what options are available for you to stay negative, Sullivan advises. “If you are positive, keep informed, know and utilize the options available to you. As an example, my first round of HIV medications I was taking six pills a day. Now, I take one pill per day. There is absolutely no need to live in fear. Live your life to the fullest, make a difference in the lives of those who enter your life.”