Lend A Hand, Pay It Forward 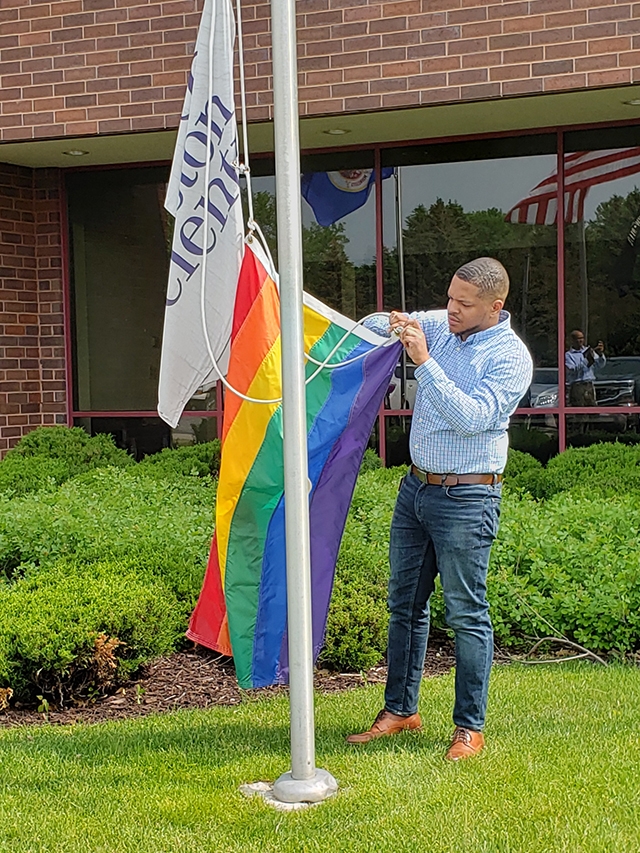 Cole, an openly gay veteran of two overseas tours, currently serves as a member of the Uptown VFW. Photo courtesy of Charles Cole

Army vet SPC Charles Cole discusses life as a gay serviceman and getting his post-service life back on the right track thanks to help from MACV.

Having served his time in the United States Army during the tail end of Don’t Ask, Don’t Tell, SPC Charles Cole definitely wishes he could’ve been more open about his true self than he was allowed.

“I feel like now we’re in the rebuilding stage of getting back to how far we came,” said Cole. “I think we took a wrong turn. So we kind of found our way back.”

“If I could go back, I would have liked to be more open, mainly because I came out soon as I graduated, and I had three weeks to be my true self,” Cole continued. “And then from there, I had to go in the military. So you know it’s sort of like, ‘Okay, I took off the coat. And now I got to put it back on.’”

Regardless, Cole never felt shame for who he truly was. A native of Jackson, Tennessee, Cole joined the military immediately after graduating high school. That exact same time, Cole came out as a gay man: three weeks before shipping off for Basic Training.

“It’s not so different (from) being in the closet,” said Cole on being a gay man in the military. “It’s just like going right back in the closet. You really can’t tell anybody about it, but of course you know. The gay people, we all know each other’s gay. So you know we kind of formed those circles and those bonds. We made a joke that we’re like the ‘underground ballroom scene’ of the military. We had little get-togethers at people’s houses. We might Vogue, we might J-step, it was like Pose!” 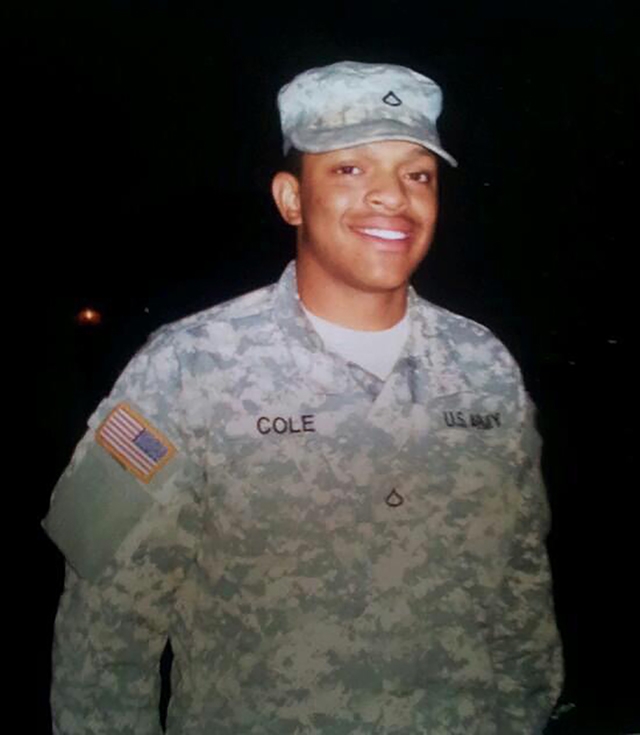 SPC Charles Cole ended his active-duty career in the army as an E-4 Specialist. Photo courtesy of Charles Cole

Stationed at Fort Lewis in Tacoma, Washington, Cole did two tours of duty in Iraq and Afghanistan. After a few years as an active-duty serviceman, Cole decided to join the Reserves and get his postsecondary education, eventually ending up at the University of Memphis. After that, Cole took an opportunity to come up to Minnesota in late 2016, although there was a bit of a bump on the road following his move.

“When I came here, I came under false pretenses. I came up here with… my good friend, on the pretenses that we were going to be together forever,” said Cole. “But the new year hit in 2017, and stuff hits the fan. Needless to say, I got kicked out. I was renting a room in St. Paul. And I was just at a point where I didn’t have the job I had now. I was making good money, but it wasn’t enough to hold my own.”

Cole’s dire straits led him to be referred to the Community Resource and Referral Center (CRRC) in Minneapolis, a veterans affairs department. There, Cole was hooked up with an organization that ultimately turned his life around: Minnesota Assistance Council for Veterans, or MACV.

“He was like my guardian angel,” said Cole. “He basically helped me out. He was just like, ‘You know, we are here to help you and we’re here to serve you the best we can. You helped us, so let us help you.’”

With the help of MACV, Cole found his first solo apartment, and this month, Cole celebrates his one-year anniversary working in sales for Boston Scientific. Much in the spirit of MACV, Cole does what he can to pay it forward to other veterans in a similar situation. 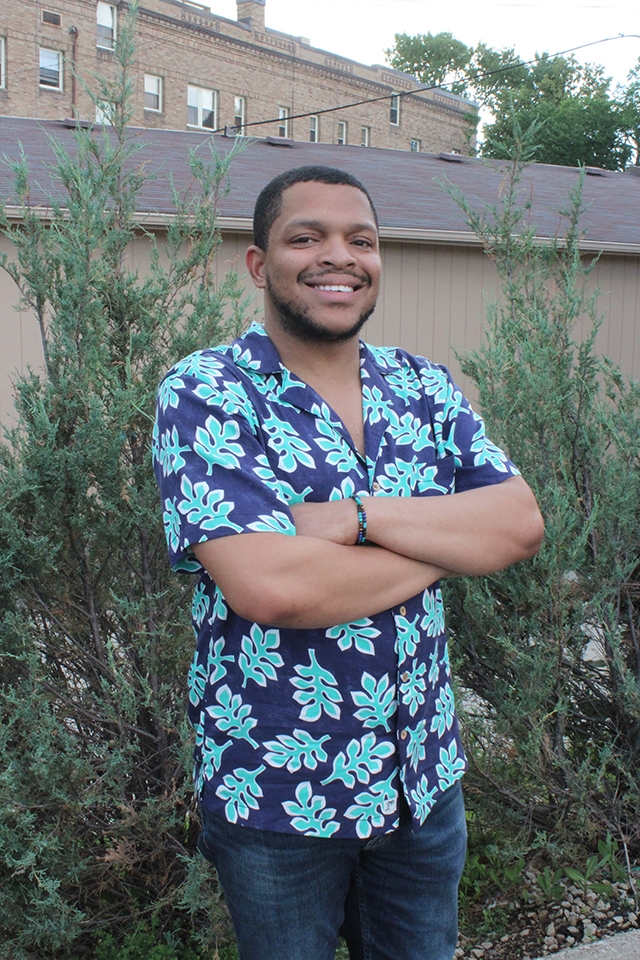 “I joined the (Uptown) VFW a couple of weeks ago,” said Cole. “At Boston Scientific, I’m heavily involved in its employee resource group, and also I’m the chapter lead for our LGBT resource group called PRIDE: Promoting Respect, Inclusiveness, Diversity and Equality. So I try to provide the word, spread the word. I’m an advocate for LGBT rights within my company, within my community. I just try to spread the love.”

Having emerged from what he described as the lowest point of his life, Cole couldn’t sing the praises of MACV any louder.

“Not only did MACV help me find my current job and a place to stay, they also helped me get better self-esteem,” said Cole. “It not only provided me a safe space, but they also provided me guidance, and (they told) me everything would be okay. MACV is not only going to help you, but they’re also there to bring you out of the slump that you’re in.”

For more information on MACV and the services they provide, visit www.mac-v.org.