Lee Roehl: A Celebration of Life 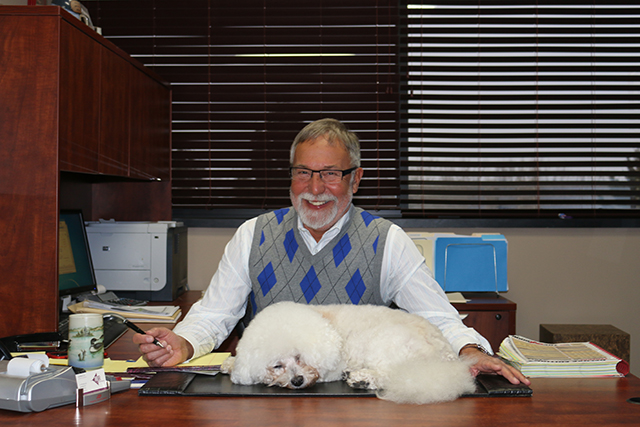 Lee Roehl’s impact on the LGBTQ+ community in the Twin Cities cannot be overstated. A self-described “networking queen,” this effervescent man made it his mission to improve the lives of the LGBTQ+ community here in the Twin Cities. He accomplished this through his expertise as a tax professional, and his genuine love of meeting new people and creating meaningful connections. Roehl was diagnosed with esophageal cancer in late 2020 and passed away in April of this year. He is survived by his husband Tim Salyers.

An elementary school teacher turned tax professional, Roehl’s infectious energy and kindness have won him a place in many hearts. Lois Carlson, senior vice president of UBS Financial Services, worked with Roehl at the LGBTQ Chamber of Commerce. She describes him as “full of energy and driven to improve the LGBTIA community. He enjoyed bridge, he attended and sponsored nearly every Bingo game.”

Roehl’s zest for life made him seem even younger than he was—his new friends and colleagues frequently assumed he was closer to 50 than 70. “He was a remarkable community member,” says Carlson, “always trying to help all of us become more financially stable. He was an excellent networker, and he relished making connections.”

Roehl founded ROR Tax Professionals with two colleagues (Old and Reynolds) 30 years ago. Mike Cassidy, a partner and income tax specialist at ROR, was impressed by Roehl from their first meeting. “I met Lee on New Year’s Eve Day for lunch,” recalls Cassidy. “I was really struck by how excited he was to talk to me about working with him. I don’t know that I realized how much I was looking for a mentor. It seemed that it was the right time for both of us. [Lee] told me many times, ‘Mike, if you just be yourself everyone will love you and you’ll be a big success!’”

Cassidy also fondly recalled Roehl’s many whimsical adages and anecdotes, or “Lee-isms,” which ranged from the goofy to the profound. Two of his favorites were “We’re just like the fancy tax firms, without the marble walls and walnut floors!” and “Closets are for clothes, not people; like bags are for groceries, not tax receipts.”

Roehl worked tirelessly to help his LGBTQ+ clients navigate a financial world that was often stacked against them. “He always said ‘yes’ to a request for help,” says Carlson. “He was a gift to this city.”

Roehl’s expertise was enormously helpful to his clients. “For three decades before marriage equality came to Minnesota, Lee helped unmarried couples get the most of their situation,” says Cassidy. “He would talk to them about building their net worth, owning a home, contributing toward their retirement and giving back. He cared that people succeeded, and cherished the progress he would see folks make.”

Those efforts were redoubled when marriage equality was won in Minnesota. Cassidy continues, “Lee helped to educate hundreds of people on whether they should seek to marry. I think folks look on it now and think it may have been a ‘no-brainer,’ but then, people built their lives around being unmarried. He helped them understand what changed, and what didn’t. Over two years, we had almost 600 clients marry.”

Roehl’s absence will be felt in the Twin Cities for quite some time, but the ripples of his legacy will continue to have a positive impact on the LGBTQ+ community for years to come. After all, as Cassidy explaines it, “Sometimes you just need the right person to believe in you to help you set yourself on the right path.”

On July 21, ROR Tax Professionals held a Celebration of Life event at the Nicollet Island Pavilion in Minneapolis. Cassidy acted as the event’s host, as it were, and delivered a very touching speech about “the youngest 70ish-year old-you’ll ever meet.” It was clear that Lee has made a lasting impact; among the tearful speakers were a number of friends and family.

“I am, indeed, grateful,” Cassidy says, “to stand on Lee’s shoulders.”