This issue’s Leather Life column is bursting at the seams. And that’s a good thing.

This handsome gentleman is Steven Patton, who captured the Mr. Twin Cities Leather 2015 title on Feb. 14.

But before I tell you about the Mr. Twin Cities Leather weekend, let me tell you about a few other recent community happenings. The local leather/BDSM/fetish community lately has been so vibrant and active that I must squeeze coverage of four events into one column. 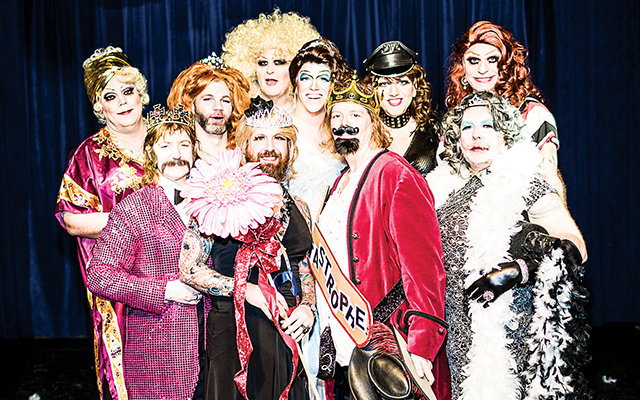 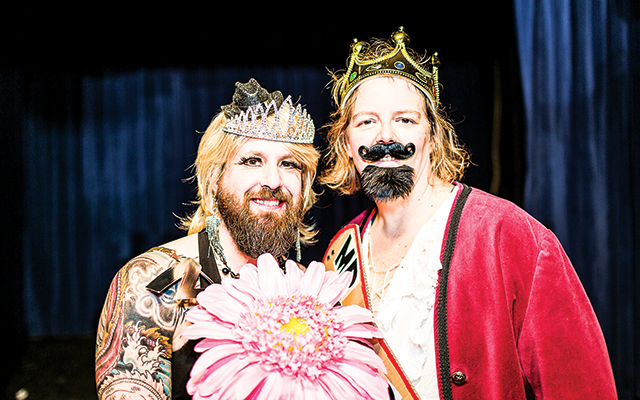 Mr. & Ms Catastrophe Contest
The Mr. & Ms. Catastrophe Contest, a mash-up (or perhaps a smash-up?) of leather and drag, took place Jan. 10 at The Saloon. To compete for Mr. Catastrophe, two leatherwomen donned beards, boots, and lumberjack gear. Meanwhile, four leathermen competed for Ms. Catastrophe by donning dresses, wigs, and makeup — and, in one instance, some venetian blinds in a tribute to Carol Burnett’s famous “Went With the Wind” skit. 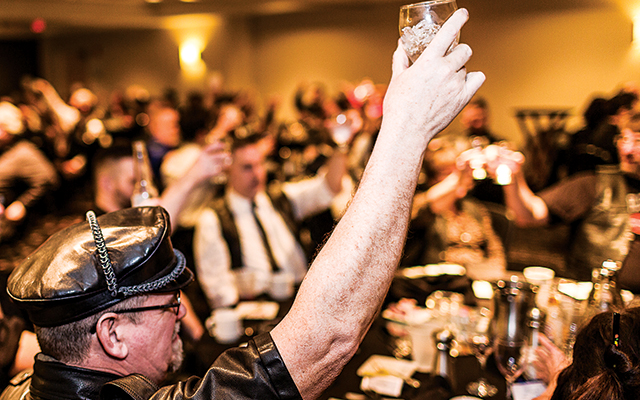 Knights of Leather banquet attendees raise their glasses in honor of the club’s founding leatherwomen. Photo by Everett Allen Photography

The Knights, and many friends of the club, celebrated these milestones at a 30th anniversary banquet January 24 at the Crowne Plaza Bloomington. Everyone showed up in their best leather or fetish formalwear, and the evening was devoted to reminiscing and sharing stories of the club’s Tournament runs and other events that occurred over the past thirty years. A collection of scrapbooks containing Knights history and artifacts was on display at the back of the room. 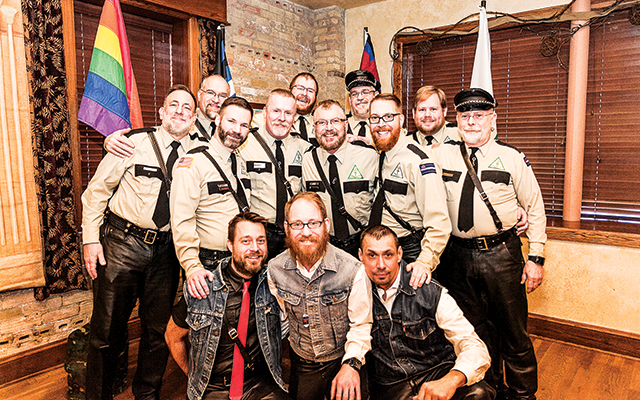 Atons Officer Installation Banquet
The Atons of Minneapolis kicked off their 43rd year as a club with their annual officer installation banquet Sunday afternoon, Feb. 8, at Elsie’s in northeast Minneapolis.

In addition to the swearing-in of new officers, the club presented a Friend of the Atons award to Tim Balfanz, general manager of The Saloon; an Associate Excellence award to associate member Tim Hotchkin; and a new award, Puppy of the Year, to Pup Bruizer.

Also recognized at the banquet were Atons members Bobbie Smith, for whom a covering ceremony was held last June, and Sam Carlisle, who was presented with a leather cap by outgoing club president Andrew Bertke. 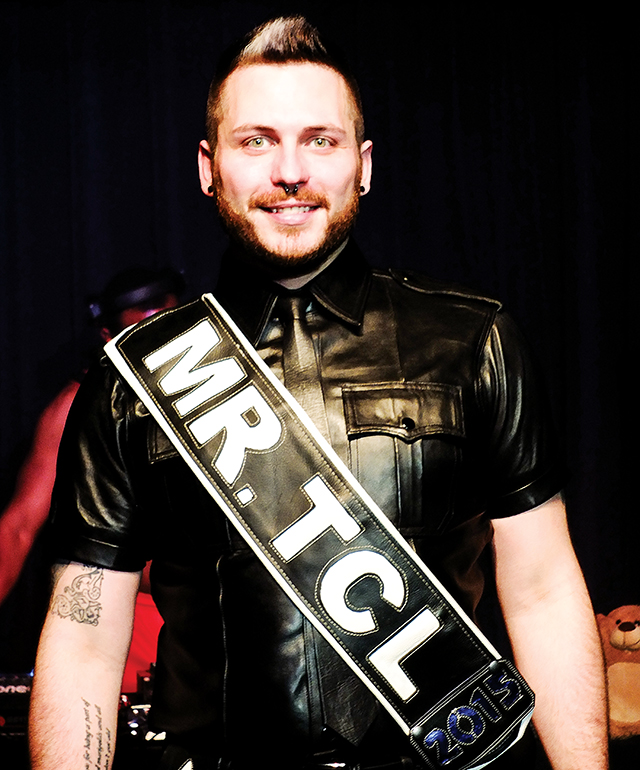 During Saturday evening’s contest, all five of the weekend’s contestants got their chance to shine. Justin Anderson demonstrated his rope-bondage escape skills; Thomas Beranek taught an impressive, and foamy, chemistry lesson; Cory Koplin crafted a decorative Crisco lamp; Travis Lenander presented a touching story of a boy and his Ironpup; and Steven Patton, accompanied by a Julia Child “French Chef” voiceover, demonstrated how to tie up a pig (but he used a boy as a stand-in for the pig). The climax of the evening occurred when outgoing Mr. TCL Greg Menzel sashed Patton as his successor.

Sunday’s victory brunch was followed by a new addition to the Twin Cities Leather weekend schedule: the inaugural presentation of the Community First! community service award, this year to Bobbie Smith. As Mr. Twin Cities Leather 2015, Patton will compete in the International Mr. Leather contest in Chicago this coming Memorial Day weekend.