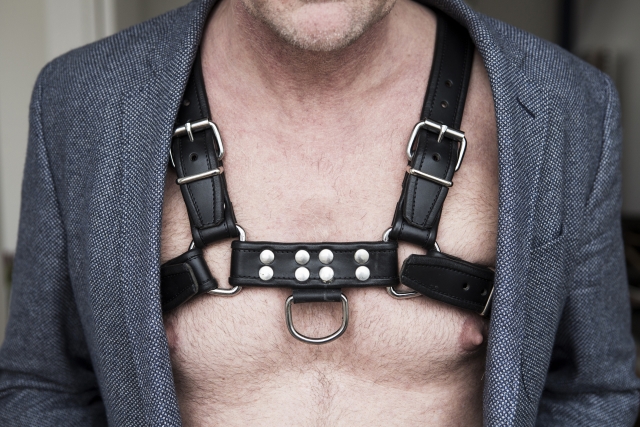 The Leather Community, Then and Now

Twenty-five years ago this month, in August, 1993, I bought my first leather vest. Then, wearing it, I attended my first monthly Atons Leather/Levi Dinner.

Leather in 1993 was about—well, leather. And maybe a bit of latex or rubber. And a whole lot of tattoos, piercings and other body modification. But much of what is part of the scene today was not around in 1993, or at least I didn’t see it. Gear, as in sports or athletic gear, was not yet a thing. Nor was puppy play. Nor was cosplay (costume play) and superhero outfits. Motorcycle riders wore black leather rather than padded suits in bright colors with aggressive patterns.

The leather community of 1993 was still being oppressed by the AIDS crisis. Many community members had died and many more seemed destined for the same fate. I met some great guys only to lose them. And I heard fond remembrances of many more men whom I wished I could have gotten to know. It wasn’t until 1995, when the first AIDS drug cocktails were introduced, that things started to seem a little less bleak. But even with the introduction of new AIDS therapies, the leather community continued to lose members who died long before their time. And for the rest of the decade, I still attended far too many funerals and memorial services.

The leather community’s main turf in 1993 was a bar called “The Men’s Room” behind the big dance floor area in the Gay 90’s bar complex. It was pretty much a men-only space because the only way to enter the bar was through the men’s restroom. (Another entrance was added later to allow women to attend leather parties and events in the space.) Larger leather events such as title contests and fundraisers often were held at the Gay 90’s in the dance floor area, often on Sunday afternoons.

There was a leather shop in the Gay 90’s, but it seemed to be tucked away and the hours were sporadic.

Twenty-five years later, The Atons still are the oldest leather club in the Twin Cities, while the Black Guard has less of a community presence. Of the leather clubs for women mentioned above, the Minnesota Leather Den is no longer active, but the Knights of Leather now is thriving as a pansexual leather club.

The leather community of 1993 that I joined has become the leather/BDSM/fetish community of today. Even having watched its evolution, I am still pleasantly astonished at what the community has become—truly a rainbow spectrum of so many kinds of diversity. The community’s members are gay, lesbian, bi, trans, heterosexual, pansexual, genderqueer, gender-fluid, non-binary, and other variations of gender and preference that I could not have imagined in 1993. In addition to all the interests and activities I saw in 1993, today there are many others, including a thriving group of pups and handlers. Women, trans men and trans women are more visible and more active. While I met people of color in the community in 1993, I see many more today.

Many of the people I knew in 1993 are no longer around for one reason or another. I still cherish their memory. Happily, a few people who welcomed me when I showed up in 1993 still are here today and still are active in the community. I treasure them. And I treasure the fact that they, and I, still are here after all these years.

Another thing that still is here 25 years later: the Atons continue to invite the community to their monthly L&L (leather/levi) dinners, and I continue to enjoy attending them.

Oh, and I still have that leather vest I bought 25 years ago. And, if I don’t close the snaps, I can still wear it.