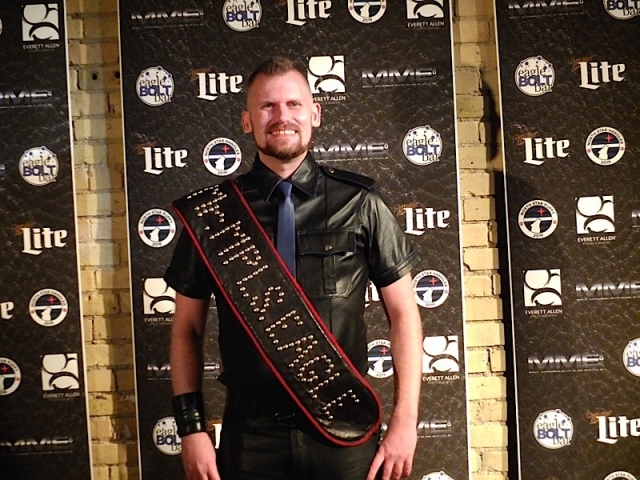 All weekend events were held at eagleBOLTbar in Minneapolis. The weekend’s action started Thursday evening, Nov. 15, with a pre-weekend social presented by BLUF Minneapolis, a group for those into breeches and leather uniforms, followed by bingo supporting The Aliveness Project. On Friday evening, Nov. 16, the weekend’s contestants and judges were introduced at a Greet the Meat event.

On Saturday afternoon, three Kink U educational sessions were presented by Titans of the Midwest, a leather club dedicated to education. A panel discussion on the evolution of Minnesota’s leather scene was followed by workshops on whip and flogger basics taught by Dylan and The Good Touch Games presented by Pup Havoc.

Saturday evening’s contest opened with a blessing by the Ladies of the Lakes, the Twin Cities house of The Sisters of Perpetual Indulgence. The blessing was followed by toasts in memory of the late Sam Carlisle, a frequent judge of the contest, and the late Greg Glass, a longtime bartender at eagleBOLTbar. There also was, in anticipation of the Transgender Day of Remembrance on Nov. 20, a moment of silence to honor the memory of those whose lives were lost in acts of anti-transgender violence. 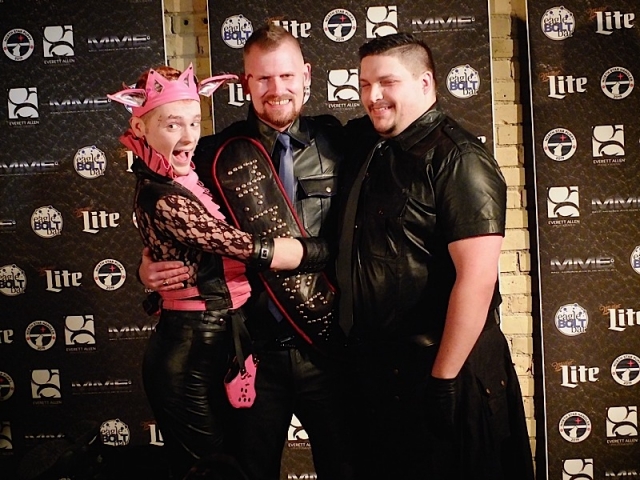 Three men competed for the Mr. Minneapolis Eagle 2019 title sash: Kitten Glitter, Tommy Rosengren and Drew. The contestants were first introduced during the traditional Keg Walk, where each contestant carried an (empty) beer keg through the crowd to the stage. (In a first for the Mr. Minneapolis Eagle contest, Kitten Glitter was carried in on someone’s shoulder while an entourage carried the keg.) 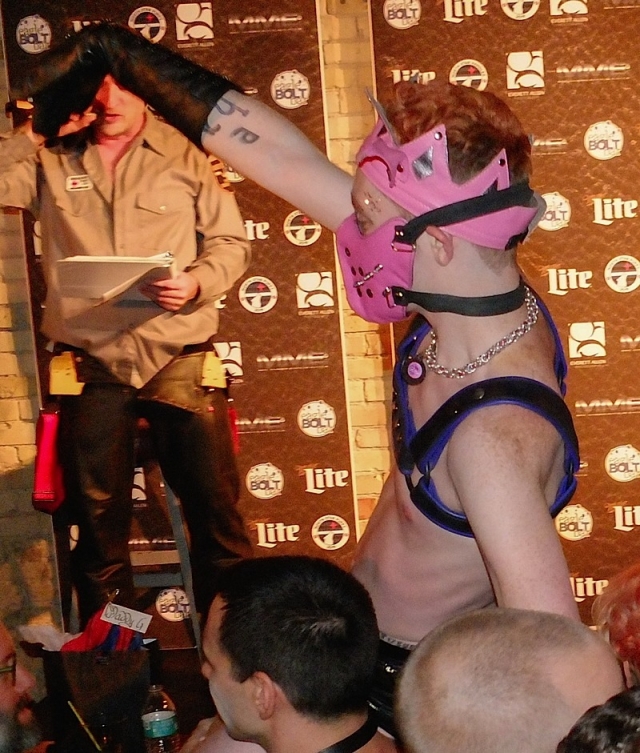 Kitten Glitter making an entrance during the Keg Walk. Photo by Steve Lenius.

Speeches during the speech segment of the contest dealt with bullying, body image, superheroes and emotional support. It was a pleasant surprise to see the audience at this year’s contest being unusually respectful of, and attentive to, the contestants when they were onstage. 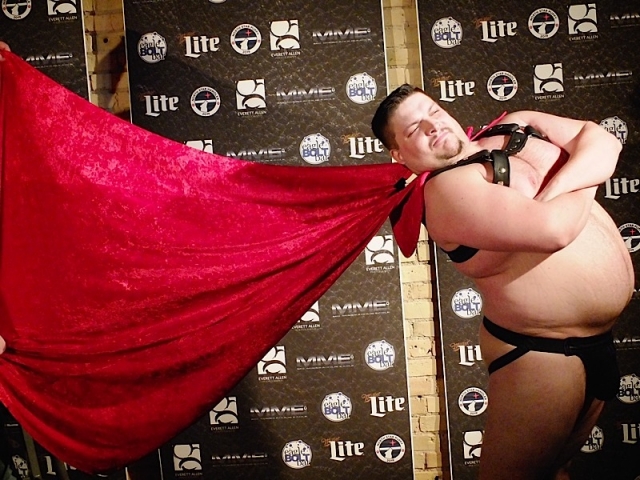 Drew during his superhero fantasy performance. Photo by Steve Lenius.

The fantasy performances were followed by another special announcement: the formation of Twin Cities Spectrum, a group for people of color interested in leather and kink. Then, as the evening drew to a close, Mr. Minneapolis Eagle 2018 Randy Ingram-Lile gave a moving, powerful and heartfelt step-aside speech before taking off the Mr. Minneapolis Eagle title sash and putting it on his successor Tommy Rosengren.